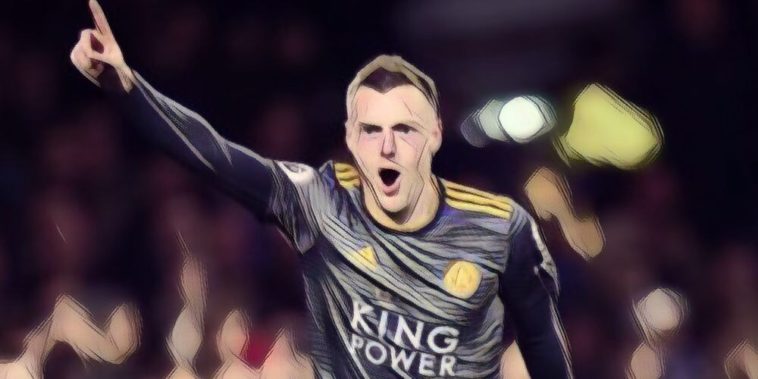 Brendan Rodgers has lavished praise on Leicester City striker Jamie Vardy after he netted a brace in the 4-1 win over Huddersfield.

The former England international took his tally to 15 league goals for the season with his second-half double in West Yorkshire against an already relegated Huddersfield Town this afternoon.

Speaking after the game, recently appointed Leicester boss Brendan Rodgers was full of his usual effusive praise, claiming that the 32-year-old is one of the best forwards in the Premier League.

“He’s one of the best strikers in this league without question,” Rodgers told LCFC TV.

“His ability to finish and to penetrate… he does everything you want. When you’re a manager and you want your striker to run in behind, he runs in behind.

“A couple of times the ball popped away from him in the build-up sector but he was very, very good.

“He’s such a threat, he’s got such a strong mentality, and he’s a real focal point for the team in how we press and how we attack so he was exceptional.”

The 4-1 win lifts Leicester up to seventh in the league above Wolves and Watford, although the Foxes have played one game more.