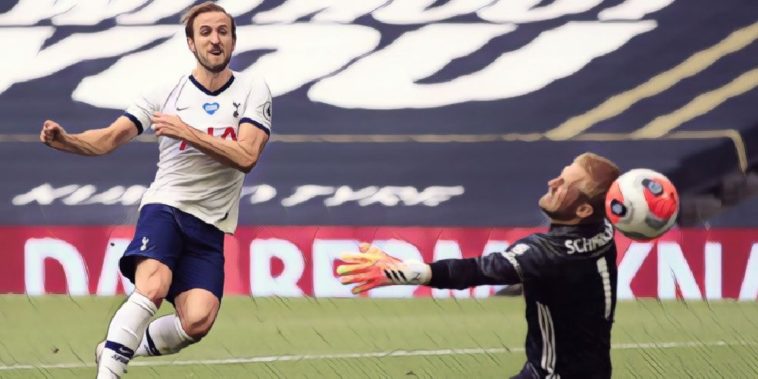 Leicester’s hopes of playing Champions League football next season were dealt a major blow, succumbing to a 3-0 loss to Tottenham going into the final game of the season.

Spurs took the lead in just the sixth minute of the game following a breakaway from the hosts, Heung Min Son’s effort taking a wicked deflection off of James Justin and into his own net.

Leicester forced a smart save out of Spurs skipper Hugo Lloris from an Ayoze Perez effort, and while the Foxes controlled the majority of possession, the north Londoners would be the ones to double their lead, Lucas Moura leading a swift counter-attack from a defensive corner before finding Harry Kane, who slotted home eight minutes before the interval.

Kane would make it three just three minutes later with a sublime finish, Lucas Moura’s run from midfield being unopposed, and while the Brazilian’s pass would force the England skipper wide, Kane cut onto his right foot, before curling an unstoppable shot past Kasper Schmeichel in the Leicester goal.

Speaking after the game, Brendan Rodgers admitted he was ‘distraught’ with the outcome of the first half.

“It was a funny game because I thought we actually played well in parts, we did not start aggressive enough and gave goals at bad times,” Rodgers told BBC Sport. “We got done by three counter-attacks. The players were playing for their pride in the second half and gave everything, but we just did not quite have the legs today.

“They are a brilliant bunch of guys and honest. We played the shape well and were causing them problems. The first goal was a huge disappointment and that gave them energy. When they get to 3-0 at half-time they can then stay in and close it out. Another great experience for Luke Thomas, Wes Morgan playing his second game in four days, it is a tough ask for them. We are really distraught at the first half.

“We put everything into the game to try and score and committed numbers forward but it was important we played with control. We did not manage to score but did not concede as well in the second half.

“It was always going to go down to the last game and we have a shot to get into the Champions League. the players will have a couple of days rest then focus on the next game. It will be a fantastic game and we can look forward to it.”

Leicester host fellow top four hopefuls Manchester United next weekend in the final game of the season, the Red Devils not in action in the league until midweek due to their FA Cup commitments.