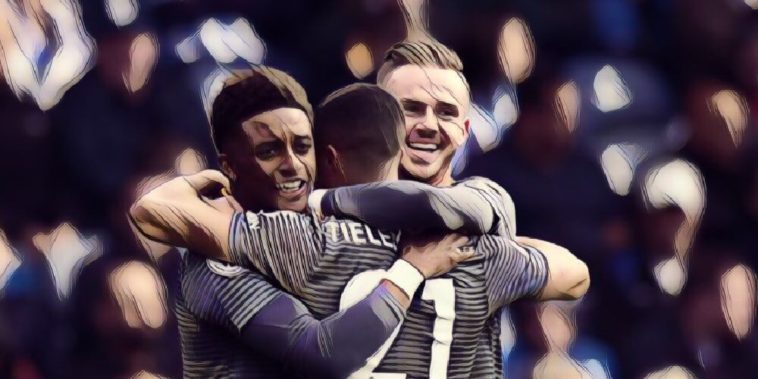 Brendan Rodgers was impressed with his Leicester side’s mentality after they put an already relegated Huddersfield Town to the sword.

Leicester City comfortably ran out 4-1 winners at the John Smiths stadium thanks to goals from Youri Tielemens, James Maddison and a Jamie Vardy brace.

It was a dominant performance from the Foxes in what was Brendan Rodgers’ fifth game in charge of the East Midland’s club, and the former Celtic boss was pleased with his side’s mentality, but admitted there was still room for improvement.

“It’s a very good win for us and, in sectors of the game, their performance level was very, very good,” Rodgers told LCFC TV.

“I saw a different side to the team, in terms of their reaction, after being 2-0 up in the game and then we concede a penalty, which wasn’t a penalty.

“I think Çağs [Çağlar Söyüncü] has got a touch on the ball, so that was unfortunate, and then we saw a reaction from the team.

“A real strong mentality so, attacking-wise, very good… can be better in the control element of the game.

“I think when it got to 2-0, we can control the game better, but this is something that will come with more work and time together and more coaching time on the training field.

“I was so pleased for the players because they put so much into the game.

“It was never going to be an easy game, but we scored four goals and, if you can do that in the Premier League, then it’s very good.”