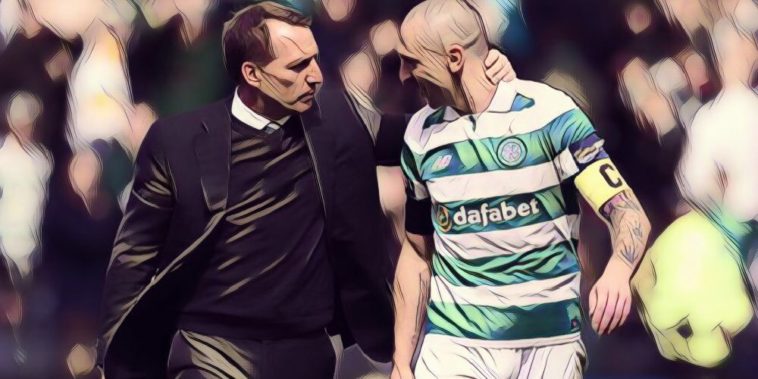 Celtic captain Scott Brown has said that he is surprised that Brendan Rodgers is not attracting even more attention than he is at the moment after leading the club to the double-treble.

Former Liverpool boss Rodgers has been linked with a number of jobs recently, with a move to Aston Villa the most recent, while there have also been some ridiculously far fetched speculation linking him as a potential replacement for Jose Mourinho at Manchester United.

Aston Villa have since appointed Brentford boss Dean Smith as their new manager, with former Chelsea captain John Terry installed as his number two at Villa Park. But having guided Celtic to the domestic treble in each of the last two seasons, Scott Brown said he is amazed that there haven’t been more people hoping to lure the Northern Irishman away from Celtic Park.

“The gaffer is always going to get job offers because he is a top-quality manager. What he has done in Scotland since coming up here has been exceptional.

“With the way we’ve been playing over the last two seasons, it’s amazing there has not been a lot more offers.

“It’s not just what he’s done at Celtic, it’s what he did at Liverpool as well and everybody knows he’s a great manager with the way he deals with players, the media and the club as well.”

Celtic have had a difficult start to their season, but have clawed their way back up to third in the Scottish Premiership, three points behind early leaders Hearts.