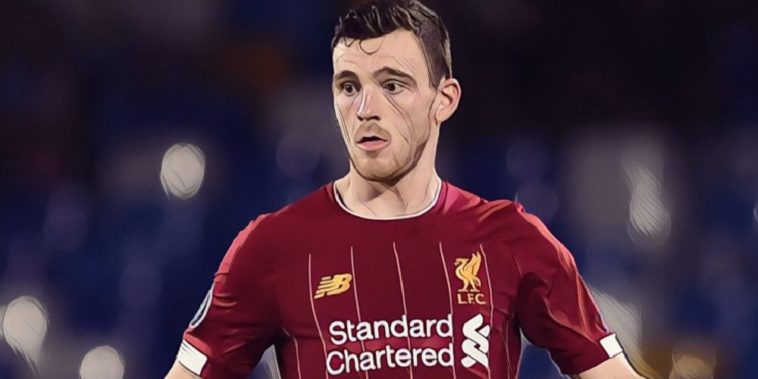 Andy Robertson says Liverpool’s hectic fixture schedule is a “compliment” with the added games a result of the club’s success.

Liverpool host Napoli this evening in a huge Champions League clash at Anfield, one of 11 fixtures across four different competitions that the club will play before the end of the year.

That congested schedule includes a trip to Qatar for the Club World Cup in December. The semi-final of the tournament occurs the day after their League Cup quarter-final fixture at Aston Villa, meaning the club will play two fixtures on two different continent’s within the space of 24 hours.

Liverpool manager Jurgen Klopp has criticised the scheduling for creating a situation that will lead to the club taking separate squads to the two differing fixtures.

Whilst Robertson admits it is far from an ideal situation, the Scotland international believes it is a compliment to their success and says the club will be confident each squad will be good enough to win.

“I think for us when we look at it, it is sort of a compliment because we look back on it and it shows you the reason we have all of these fixtures is because we’ve been successful,” Robertson told a pre-match press conference ahead of tonight’s clash with Napoli.

“If you ask me if I would swap my Champions League winner’s medal for less fixtures, absolutely not. For me, the fixtures are credit to us because of our success. That’s something that we’ve got to look at and we’ve got to take the positives.

“Of course, playing two games in 24 hours isn’t ideal and however the manager is going to deal with it then that’s fine. We’ve got two big competitions and hopefully with the two squads we put out, both of them will be strong enough to try and see us through.

“If not, then it’s a consequence of not being able to fit enough games in. We believe that any team that goes out is good enough to win the games and that’s what we have got to be aiming to do for those two ones, especially.”

Read: Robertson explains how Sadio Mane has gone up “another level”