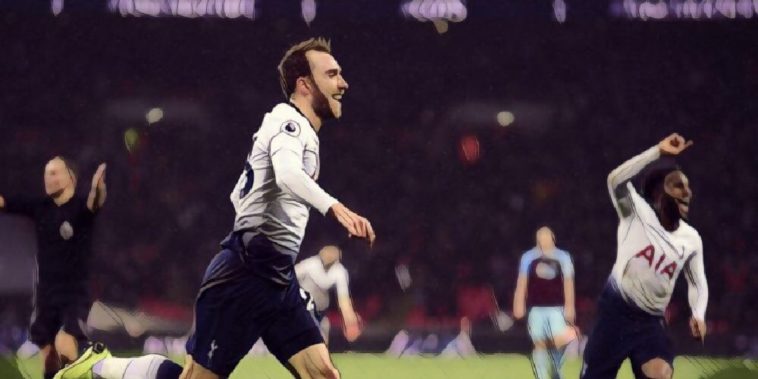 Manchester United have reportedly ‘called a halt’ to talks regarding the signing of Christian Eriksen from Tottenham Hotspur.

United fans woke up on Tuesday morning with the exciting news that their side were hoping to land the Denmark international before Thursday’s transfer deadline, however, those hopes appear to have been swiftly dashed.

Eriksen has made no secret of his desire to move on this summer, saying at the end of last season that he ‘wants to try something new’, with Real Madrid thought to be his preferred destination.

However, with the Premier League campaign set to get underway this weekend, Eriksen remains a Spurs player having not attracted any formal bids for his services.

Manchester United were said to be hopeful of securing a cut-price deal for the 27-year-old, but according to the BBC’s Simon Stone, United have ‘called a halt’ to talks, with it becoming apparent that he is keen on a move to La Liga.

Real Madrid have been linked, but have so far been more interested in signing Paul Pogba, while Juventus and Atletico Madrid have also been touted as potential destinations.

European clubs could be indeed waiting until after the close of the Premier League transfer deadline, where they could get Eriksen on the cheap, with Spurs keen not to lose the playmaker on a free next summer.

Stone also adds that Manchester United’s chances of getting any deals done before Thursday’s 5pm deadline ‘is not high’.

Man Utd have called a halt to talks over potential transfer of Christian Eriksen because they think if he does leave Spurs, he would prefer move to Spain. Utd still in talks with other targets, although so close to deadline, chances of getting any deals done is not high.