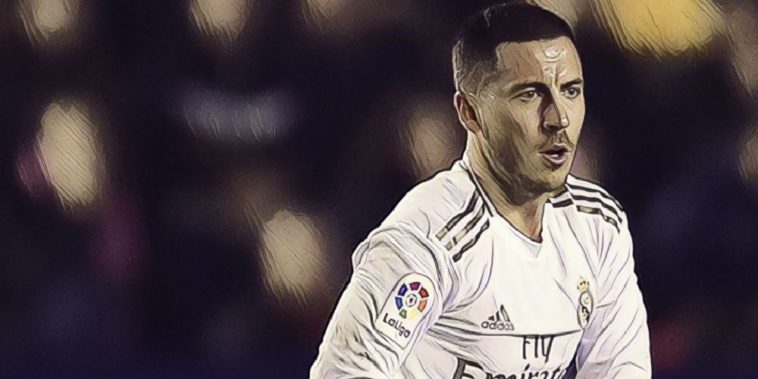 Eden Hazard admits he has struggled during a ‘bad’ first campaign at Real Madrid but has vowed to improve ahead of next season.

The Belgian has struggled to make an impact during an injury-hit first season in the Spanish capital, Los Blancos fans yet to see the best of a player signed in an £88m deal from Chelsea last summer.

Hazard has made just 15 appearances in all competitions for Real Madrid this season – scoring once and providing five assists – and the 29-year-old admits he will have to rediscover his best form next season after a disappointing maiden campaign with the club.

“My first season at Madrid is bad, but not everything is bad,” Hazard told RTBF.

“It is an adaptation season. I will be judged in the second. It is up to me to be in good shape next year.

“The group is good, I have met new people. For me it is a great experience. I still have four years of contract, I hope I will be in good shape.”

Hazard is currently in isolation at his Madrid home as Spain bids to combat the spread of the coronavirus, and the winger discussed his fears over the outbreak of Covid-19.

“I’m not saying I can’t catch it, but I’m inside the house, nobody’s coming, we can’t see anyone,” he said.

“I’m a little scared, like everyone else, but I especially have to be careful not to pass it on to others [if I get it], that is the most delicate thing.

“We have to take care of ourselves. I am concerned about weaker people, who have more problems, yes.”