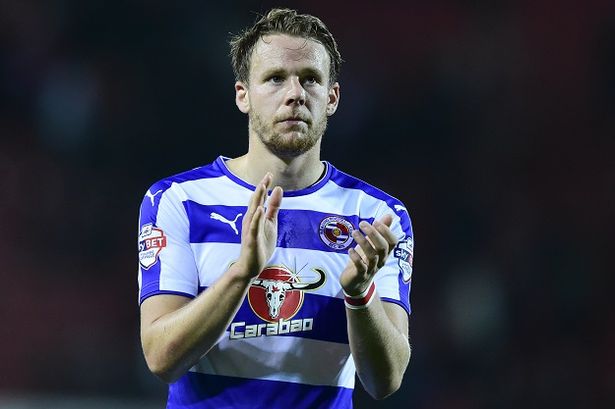 Middlesbrough target Chris Gunter has committed his long term future to Reading by signing a new three year deal that will keep him at the club until 2020.

Announced by the clubs website this morning, the Welsh international will continue his stay at the Madejski Stadium much to the delight of manager Jaap Stam who had this to say;

“Chris has been a very important player for this club and was again last season, starting every single league game throughout the course of a long campaign. He has a lot of experience, both with his club and his country, he has great ability, mentally he’s strong and, importantly, you can always count on him! So I’m really pleased that the club have given him this new deal.”

There were reports yesterday circulating in the local and national press that Gunter’s £1m release clause had been met by Boro, with them seeing the 27-year-old as an ideal replacement for the outgoing Antonio Barragan.

Having played in every game of The Royals Championship campaign, including their ultimately fruitless play-off, the right back was a model of consistency as Stam’s team impressed in his maiden campaign.

With 79 caps for Wales, of which Gunter has appeared in their last 54 games, he has an impressive pedigree having been part of the Welsh side that surprised all with their march to the semi-finals in Euro 2016.

His career started out in his native land with Cardiff City where his displays earned him a big move to Tottenham in 2008. However, having failed to make the breakthrough, he eventually moved to Nottingham Forest after an initial loan spell. With over a 130 games under his belt at Forest Reading came calling, and in 2012 he made the switch south to join The Royals for around £2.5m.

It would appear it’s been money well spent as Gunter has since gone to make over 200 appearances for The Royals, a virtual mainstay throughout his five years there.

For Boro though, it now appears they’ll have to switch their focus elsewhere. Cyrus Christie had been linked previously with Garry Monk’s side, the Derby full back reportedly the subject of a possible £2m bid. It now seems they could return to The Rams with renewed interest.