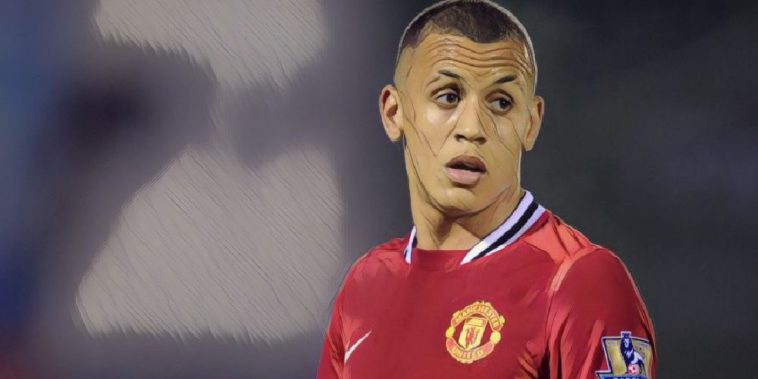 Ravel Morrison admits Wayne Rooney’s ‘amazing’ comments on his potential have left him ‘a bit upset’ when reflecting on his career thus far.

Morrison was regarded as the best player to come through the Manchester United academy in years when starring for the club at various age groups, winning the FA Youth Cup alongside future first-team regulars Jesse Lingard and Paul Pogba.

Morrison’s progress was hindered by several off-field incidents and he made just three first-team appearances for the club before leaving Old Trafford, since enjoying a nomadic career that has included spells at the likes of West Ham, Lazio and Österund.

Writing in the Times at the weekend, Rooney opened up on the abilities of a youngster who clearly made a huge impression at youth level, believing Morrison could have reached the very top with the right attitude and application.

“I remember watching Ravel Morrison thinking he had everything required for a player in his position,” Rooney wrote. “He was brilliant. He was confident. He nutmegged Nemanja Vidic three times in the space of a minute in one training game.

“But he struggled with lifestyle and his environment, which was sad for him – because I saw Paul Pogba come through, Jesse Lingard, all these players, and Ravel was better than any of them by a country mile.”

Ravel Morrison could have had it all, according to Rio Ferdinand. 🌟 pic.twitter.com/UDHlp9GMz4

Morrison – who signed for Sheffield United last summer before joining Middlesbrough on loan in January – is appreciative of the complimentary comments from the former England captain, though admitted to feeling ‘upset’ when reflecting on what could have been.

“Obviously amazing comments,” Morrison told talkSPORT. “Especially for the player that he is, he’s probably one of the best to come out of England, so it’s high comments from a high player.

“I knew I had ability, but I didn’t realise and understand… obviously these are high players and I didn’t understand their thoughts at the time. I used to just go there and love playing football.”

Morrison added: “I wouldn’t say I struggled with pressure because I didn’t really feel pressure. Maybe some things in my life, when I was young, now I would sit there and not do things or go a different path and stuff like that.

“Going into Manchester United was a nice environment to go into every day, world-class players, just enjoyable. If I could go back through my life again there would be a lot of things I’d change.

“I grew up at United, I was there from the Under-9s. I’d skip training some days, and I would wake up and don’t know why I’d done it, but I’d skip it. And it’s hard to get me off the training field now.”