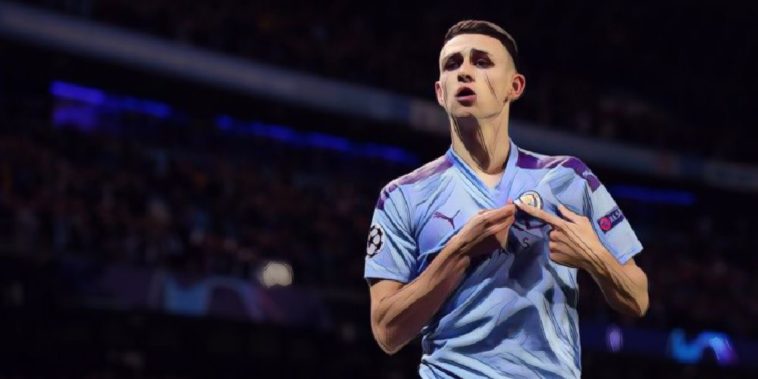 The nominations have been released for the 2020 Golden Boy award, the prestigious annual accolade that recognises the finest footballer in Europe aged 21 or under.

Atletico Madrid star Joao Felix was named as the winner of the award last season following his role in Benfica’s domestic double campaign before moving to the Spanish capital, the Portuguese following in a long list of future stars to have claimed the prize.

This season’s nominees include seven representatives from English football and we’ve decided to assess and rank Premier League talents on the 40-player shortlist for the accolade.

Here are our rankings of the seven Premier League kids nominated for the Golden Boy award:

Williams earned his breakthrough at Liverpool over the second half of last season, making 11 appearances in all competitions for the Reds to earn himself a Premier League winners’ medal.

The teenager is raw but has impressed with his tenacity at right-back, with the Welshman viewed as the first-choice deputy to Trent Alexander-Arnold in the Liverpool side at present.

Williams’ progress was rewarded with a first call-up to the Wales senior side for this month’s Nations League fixtures against Finland and Bulgaria, scoring a late winner against the latter on his first home appearance for the national side.

The 19-year-old brings endless energy and possesses a fine delivery from the flanks, his problem remaining the presence of Alexander-Arnold at Anfield, one of the world’s finest full-backs and a player just two years his senior.

Wolves have invested heavily in Portuguese talent in recent seasons and have made a huge statement of intent with their latest capture, splashing a club-record £35m to sign rising star Fabio Silva from Porto.

The forward made his debut for the club just days after his 17th birthday and later became their youngest ever goalscorer, succeeding new Wolves’ teammate Ruben Neves after finding the net in a cup clash with S.C. Coimbrões.

Fabio Silva is included on the final 40 shortlist for the Golden Boy award 🌟 pic.twitter.com/7v8JxIfluC

Silva’s frightening potential has led to Wolves splashing out on the teenage talent and he could rise further up these rankings in the coming years, but it remains to be seen how the youngster adapts to English football, the 18-year-old having made just 12 senior appearances in league competition in his fledgeling career to date.

Pep Guardiola moved to capitalise on Valencia’s financial problems with the signing of Ferran Torres this summer, the winger described by many as amongst the best of an emerging contingent of Spanish starlets.

The 20-year-old is a direct winger whose strengths are in his running power and acceleration, ghosting past opposition challenges before delivering dangerously from wide areas.

Torres made his debut for Valencia as a teenager and racked up almost a century of appearances for the club in all competitions before heading to the Etihad, his performance seeing him make an impressive introduction – including a first goal – for the Spanish national side this month.

The youngster will be given time to find his feet as he bids to replace Leroy Sane at City and will need to add increased productivity to his natural talents, Torres a player who will hope to bring an x-factor to the Manchester side in the coming seasons.

It’s a testament to Bukayo Saka’s breakthrough season at Arsenal that it was a shock the youngster was not included in Gareth Southgate’s most recent England squad, the teenager having starred for the Gunners this season in a variety of different positions.

Recognised as a winger by trade, Saka was scintillating in an unfamiliar full-back role for much of the campaign whilst he has also operated centrally in Mikel Arteta’s new-look side.

Saka has the pace and athleticism to stretch the play in wide areas, coupled with a technique and tactical intelligence that allows him to flourish when drifting inside from the flank.

His debut season saw the 18-year-old score four goals and provide 11 assists in all competitions, a phenomenal total for a player whose best position is still yet to be identified.

Callum Hudson-Odoi may have struggled for form and fitness recently, but the fact Bayern Munich were prepared to pay £35 million for the young attacker when he’d only made a handful of first-team appearances shows just what a prodigious talent he is at his best.

English youngsters are often hyped from an early age but the plaudits for Hudson-Odoi came with good reason, a technically gifted winger capable of brilliance in explosive bursts.

After a promising season that delivered six goals and seven assists during the 2018/19 campaign, injuries halted his progress but a return of six goal involvements in just seven league starts last season is a testament to his talents.

Still just 19-years-old, Hudson-Odoi will hope to put the injuries and contract uncertainties which have hindered him in the past behind him, as he bids to fulfil his vast potential and re-establish himself in the England squad ahead of next summer’s European Championships.

This season shapes as a defining one for the youngster, who has the talent to be the best of Chelsea’s emerging academy crop.

Mason Greenwood has become the most talked about prospect in English football over the past year, the 18-year-old bursting onto the scene in exhilarating fashion for Ole Gunnar Solskjaer’s Manchester United.

Teenage talents have starred in the Premier League before but rarely with the deadly conviction displayed by Greenwood, the academy graduate an implausibly natural finisher with sensational sharp-shooting ability in either foot.

Greenwood’s first full season at Old Trafford delivered 17 goals in all competitions – the joint most by any teenager in the club’s history – whilst his 10 league goals saw him become the first player in more than two decades to score double digits in a single season aged 18 or under.

Greenwood has taken each step in his stride to already establish himself as an important figure for the Red Devils, the sky seemingly the limit for a player tipped to break all kinds of goalscoring records.

Described by Kyle Walker as ‘the best young player’ he has ever seen, Phil Foden has long been hailed as a special talent.

The boyhood blue has bided his time patiently on the periphery of an all-conquering side at Manchester City but is now ready to step out of the shadows, Foden’s natural talent too great to be confined to substitute cameos.

Last season saw Foden star following the restart of the Premier League season, scoring five goals in just seven starts to state his case to be David Silva’s successor at the Etihad, the Spaniard having departed after a decade at City this summer.

Foden’s creative class makes him a unique prospect amongst England’s future midfield options and many are expecting the 20-year-old to take his game to new levels amid anticipated regular football this season.