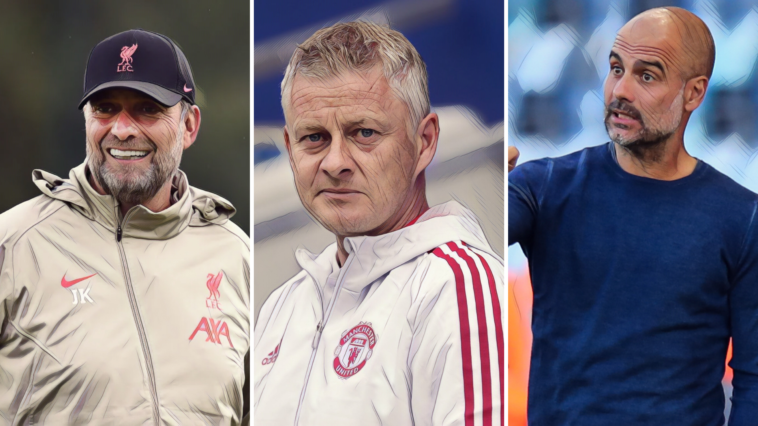 Premier League titles are not won in the opening weeks of the season, but a bad start can make it almost impossible to catch up to the league leaders over the second half of a campaign.

The start of the 2021/22 season is now just a week away and clubs are finalising their preparations ahead of the division’s kick off, with each of the Premier League’s ‘big six’ hoping to make fast starts to the new season.

Ahead of the opening round of fixtures, we assess the difficulty of each of the big six side’s opening five Premier League games.

Arsenal will be looking to bounce back from a disappointing first full season under Mikel Arteta, their second successive eighth-place finish the club’s joint-lowest since the 1994/95 campaign.

The north London side have moved to strengthen their options with the £50m arrival of Ben White from Brighton, whilst youngsters Nuno Tavares and Albert Sambi Lokonga offer depth and potential for the future.

Arsenal remain a side in transition however, and starting well could make the difference as the Gunners look to push towards the European places this season.

Arteta’s side face a mixed start including two of the newly-promoted sides in their opening five, in addition to difficult clashes against title contenders Chelsea and Manchester City.

Despite a difficult season last term, Arsenal ranked third in the ‘big six’ head-to-head table for 2020/21 after taking 13 points from their 10 games against the division’s leading sides and will hope to continue that record as the new campaign gets underway.

Chelsea head into the new season as European champions after Thomas Tuchel’s turnaround of the Blues resulted in Champions League success, with eyes now on whether the German can continue his impact over the course of a full Premier League campaign.

The west London side looks set to finalise the signing of former striker Romelu Lukaku any day now and remain locked in negotiations for highly-rated Sevilla centre-back Jules Kounde.

Chelsea will be hoping any new arrivals will hit the ground running ahead of a challenging start to their Premier League campaign, facing three away fixtures at ‘big six’ sides in their opening five games.

Tuchel’s side first welcome Crystal Palace to Stamford Bridge in Patrick Vieira’s first game in charge of the Eagles, before travelling to face Arsenal and Liverpool in successive fixtures.

The Blues welcome an Aston Villa side who have recruited impressively following the loss of Jack Grealish in their fourth fixture, before another short trip across the capital once more to face Tottenham.

Liverpool will be hoping to bounce back from a disappointing title defence last season and challenge once more for the title, with the Reds opening set of fixtures raising hopes of a strong start to the season.

Jurgen Klopp’s side travel to face newly-promoted Norwich in their season opener, before a home clash against Burnley at Anfield.

The visit of Chelsea the following week shapes as a fascinating early season match-up between two prospective title rivals, though Klopp’s side will be grateful to have the backing of a capacity crowd at Anfield.

An away clash against Leeds is likely to pose problems in fixture four, before a home clash against  a new-look Crystal Palace rounds off Liverpool’s opening five fixtures of the campaign.

The fixture computer has handed the Premier League champions a tough opening test at Tottenham, a fixture that will take place amid the sub-plot of Harry Kane’s desire to quit Spurs and move to the Etihad.

We are delighted to announce the signing of @JackGrealish on a six-year deal.

Pep Guardiola’s side visit Leicester in early September, the Foxes having proven themselves as one of the division’s best teams after consecutive fifth-place finishes over the past two campaigns.

The club’s first five fixtures are completed with the visit of Southampton on September 18.

The only club who will not meet a fellow ‘big six’ side in their opening five fixtures is Manchester United, who begin the season with a fascinating match-up against fierce rivals Leeds at Old Trafford.

Ole Gunnar Solskjaer’s side face away trips to Southampton and Wolves before a home clash with Newcastle in September, their first five fixtures completed with an away clash against West Ham at the London Stadium.

Both Leeds and West Ham will have aspirations of troubling the division’s top teams following successful seasons last term, but the Red Devils will be confident of making a strong start as they pursue a first league title since 2012/13.

Nuno Espirito Santo has been handed the reigns at Tottenham following the mediocrity of Jose Mourinho’s tenure, with the new head coach given the daunting task of facing the Premier League champions in his opening fixture.

Nuno will then travel to familiar settings with a trip to face former club Wolves at Molineux, before hosting newly-promoted Watford at the Tottenham Hotspur Stadium.

Who else is excited to see more of @hojbjerg23 this season? 🔥 pic.twitter.com/AIn1UwlhMX

Spurs make the short trip to face Crystal Palace at Selhurst Park in fixture four, ahead of a huge London derby clash with Chelsea on home soil.

Spurs face two of last season’s top four in their opening five fixtures, though will be grateful that both games will be played on home soil.