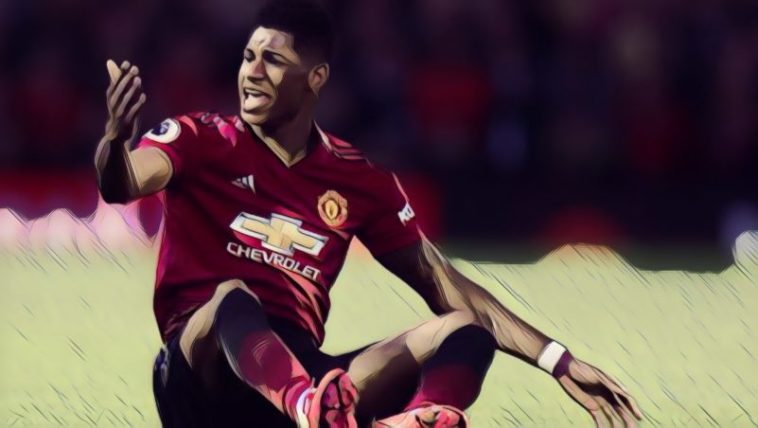 Manchester United striker Marcus Rashford sensationally called out his own teammates lack of ‘mentality and willingness,’ after tonight’s 2-0 defeat to Man City in the Manchester Derby.

United went into today’s derby on the back of a 4-0 hammering to Everton at the weekend, and having lost six of their last eight outings.

With Man City taking the short trip across Manchester with a view to regaining their place at the top of the table, Ole Gunnar Solskjaer had called on his players to show a reaction.

It was a cagey first half with neither side creating too much, but City upped their intensity after the break, with Bernardo Silva and Leroy Sane securing victory for Pep Guardiola’s side.

Speaking after the game, United striker Marcus Rashford admitted that there has been something lacking from their recent performances.

“Today we didn’t play like Manchester United. It’s not right. The bare minimum is to work hard and give all for the badge, the supporters, the club and yourself,” Rashford told Sky Sports.

“It has been a tough road to get to where we are, to get there and not be putting up the same performances as we were in January is disappointing. We know what’s been going wrong, it’s mentality and willingness to run for your team.

“Forget the league and top four, you don’t lose this game. It’s that simple as a Manchester United fan. We never call each other out but we have to be real with each other. It’s a matter of trying to improve each other.

“It’s more getting back used to doing it on the pitch. They [the supporters] know we can do it. Forget the top four and the Champions League. We have to get to the bottom of it and start playing like Manchester United for ourselves.”

The result leaves Manchester United in sixth, with fourth-placed Chelsea set to visit Old Trafford at the weekend.