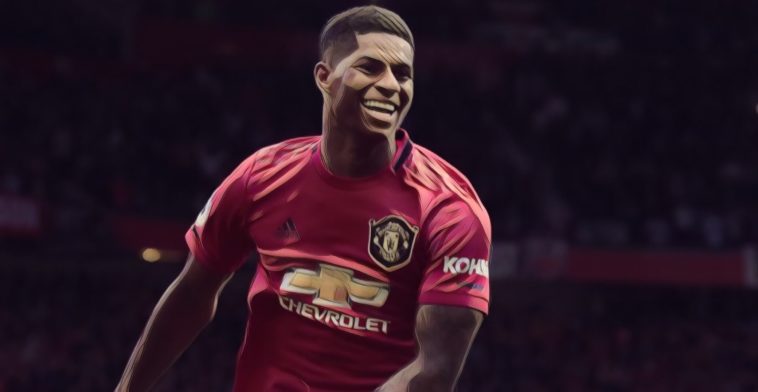 Marcus Rashford has discussed his ‘connection’ with Daniel James after the duo combined for Manchester United’s goal during Sunday’s draw with Liverpool.

Rashford and James were partnered in central striking roles as Ole Gunnar Solskjaer opted for a change of formation to combat the league leaders, with Rashford turning in a fine cross from James to give his side a first-half lead at Old Trafford.

Adam Lallana would ultimately salvage a draw for Liverpool to maintain their unbeaten start, but it was an otherwise promising performance for United following their difficult start to the season.

Rashford and James’ pace and counter-attacking threat proved crucial to Man United securing a point, and the 21-year-old has now discussed what he feels is a developing partnership with summer signing James, who has impressed since joining the club from Swansea City.

“It was a good goal but we definitely want more,” Rashford said after the 1-1 draw.

“We had a bit of eye contact before so probably without looking at each other and getting that little connection we wouldn’t have got the goal.

“Instead you’d miss, which has happened a lot in the past.”