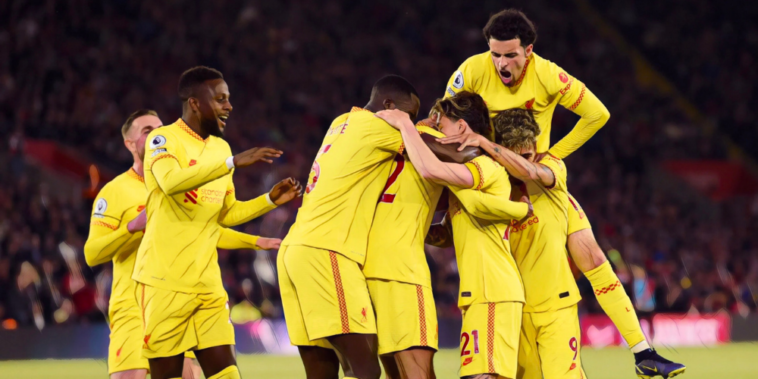 Coming from behind to win is a show of character from any Premier League side, with a number of teams having shown remarkable powers of recovery this season.

Liverpool ensured the title race will head into the final day of the season after bouncing back to beat Southampton on Tuesday night, the second successive game in which the Reds have trailed before coming back to earn three points.

Following their latest fightback, we’ve looked at the six Premier League teams to have won the most points from losing positions this season.

Everton have found themselves in a relegation battle this season, with the club having struggled during a disappointing Premier League campaign.

Their fortunes would have been even worse without 12 points recovered from losing positions however, including two come-from-behind wins in their opening four fixtures as the Toffees began brightly under Rafael Benitez.

Last one: Demarai Gray's goal, but with officially-biased commentary.

Everton have also rescued points at both Manchester United and Chelsea after falling behind, whilst a late turnaround to beat Arsenal in December – courtesy of a stunning stoppage-time strike from Demarai Gray – was a highlight in a challenging campaign.

West Ham have taken 14 points from losing positions in the Premier League this season, in what has been another campaign of progress for David Moyes.

The Hammers began the season with an entertaining 4-2 win against Newcastle at St James’ Park, a clash that saw the visitors twice fall behind before coming back to earn all three points.

West Ham also trailed before winning at both Leeds and Watford, whilst a comeback win to beat Chelsea at the London Stadium was among the most memorable results of the club’s campaign.

Moyes will hope his side can finish the Premier League campaign with a win this weekend and overhaul Manchester United to secure a second successive top-six finish.

Tottenham are level with West Ham on 14 points gained after falling behind, in a season which has contained managerial change and inconsistency in North London.

Antonio Conte arrived as his replacement and has since overseen a run into the top four, one which has included comeback wins against the likes of Leeds and Newcastle.

Tottenham also secured one of the most remarkable results of the season with late drama at Leicester, as Steven Bergwijn came off the bench with Spurs trailing to score two stoppage-time goals and snatch a win at the King Power Stadium.

Newcastle are the third Premier League team to have claimed 14 points from losing positions in 2021/22.

The Magpies’ season looked to be heading towards relegation after a long winless start to the season, but a fine recovery has since seen Eddie Howe’s team become the first side in Premier League history to avoid relegation, despite winning none of their first 14 games.

What a moment 😍🇧🇷 pic.twitter.com/KJ2L3bqesV

Newcastle have won three times when trailing this season, whilst claiming another five draws. Howe’s team have already bettered last season’s points total ahead of the final round of fixtures and have reached their highest figure since promotion in 2017.

Their struggles at the start of the season now seem a distant memory for an optimistic Magpies fanbase.

Brentford have enjoyed a fine first campaign in the Premier League with the Bees comfortably safe in mid-table after an impressive second-half to the season.

Thomas Frank’s team have performed above all expectations and are in contention for a top-10 finish, with only Manchester City and Liverpool having taken more points across their last six league fixtures.

Brentford’s comeback win at Everton last weekend made it 15 points recovered from losing positions this season, bouncing back to beat the likes of Watford and Aston Villa, in addition to that 4-1 win at West London rivals Chelsea.

The Bees fell behind to Antonio Rudiger’s goal before thrashing Chelsea at Stamford Bridge, recording their first win over the Blues since 1939.

Liverpool have taken more points from losing positions than any other Premier League side this season, with successive comeback wins over Aston Villa and Southampton moving the Reds to 17 points.

Jurgen Klopp’s side had previously recovered from falling behind to beat Newcastle and Norwich at Anfield, whilst the Reds have also rescued points to earn draws against the likes of Chelsea and Manchester City this season.

An important fightback as we claim all three points at St Mary's ✊⚽️ #SOULIV pic.twitter.com/iv2qlhxV2F

Liverpool head into the final day one point behind City in the title race and will be hoping for a slip from the league leaders as the club look to be crowned champions this weekend.