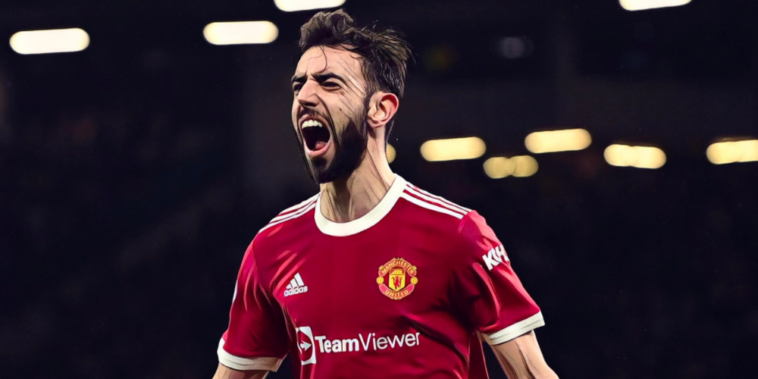 Darwin Nunez is dominating the transfer headlines at present following a wonderful individual season at Benfica, the forward attracting interest from across Europe after a prolific campaign.

The Uruguayan has scored 32 goals in all competitions for the Portuguese side, performances which have placed him at the forefront of transfer plans for leading sides this summer.

Manchester United, Arsenal, Newcastle and West Ham have all been linked with the 22-year-old, who could become the latest name to swap Portugal’s Liga NOS for the Premier League.

As the transfer speculation increases, we’ve decided to look back at the five most expensive Premier League imports from Portugal.

Manchester City spent £35m to sign Ederson from Benfica in 2017, as the club looked to address their goalkeeping issues with the arrival of the Brazilian shot-stopper.

Three league titles, five domestic cups and two Premier League Golden Glove awards later, it’s fair to say The Citizens got what they were looking for.

Ederson has helped redefine the role of a goalkeeper across his four-and-a-half seasons in English football, operating the sweeper-keeper role and possessing a kicking ability that makes elite midfielder’s envious.

The 28-year-old’s exceptional distribution has made him the perfect goalkeeper for Pep Guardiola and one of the great Portugal-to-Premier League success stories.

He made 21 appearances and scored three goals as Porto won a domestic double in 2019/20, enough to persuade Wolves to spend a huge £35m on the teenager.

The pitchside view of our opener!

Silva joined an increasing collection of Portuguese talents at Molineux, but it has been a difficult adaptation for the forward who has scored just four league goals in 54 appearances.

Still just 19-years-old, there is optimism that Silva will grow into a top talent but he will need both patience and a chance to gain experience. Still developing, both physically and on the pitch, he has not looked ready for the regular demands of Premier League football at present.

The latest high-profile addition from Portugal’s Primeira Liga arrived in January, as Liverpool completed a deal for Luis Diaz for an initial fee of £37.5m.

Diaz scored 14 goals in 18 league appearances across the first half of the season for Porto and the Reds moved to tie up his signing amid interest from Tottenham, business which is already looking like a shrewd investment.

Luis Diaz already looks like an excellent signing for #LFC…🔥

We take a look at his best moments for the Reds so far including his first Premier League goal. 🎯 pic.twitter.com/rgETVBoMNF

The Colombia international has hit the ground running in the Premier League, his arrival having invigorated a Liverpool side competing on multiple fronts.

Tenacious in his work both on and off the ball and with a repertoire of tricks to torment defences, Diaz already looks a ready-made Jurgen Klopp player and Liverpool will be looking forward to his continued adaptation at Anfield.

One of these worst financial mistakes Manchester City have made across the past decade, the club spent a huge £41.4m on Eliaquim Mangala.

City originally claimed the deal was worth £32m, but admitted later the true cost of the transfer as a result of the player’s complicated ownership agreement.

Signed as a long-term partner and eventual successor to Vincent Kompany at centre-back, the Frenchman struggled badly in the Premier League and proved an expensive misfit at the Etihad.

He spent two seasons as a semi-regular at the club, before underwhelming loan spells at Valencia and Everton. He signed for the former on a permanent basis in 2019, but made just 15 league appearances across two seasons.

The 31-year-old is currently back in France playing a sporadic squad role at Saint-Etienne.

Manchester United completed the signing of Bruno Fernandes for an initial £47m fee in 2020, securing the signing of a midfielder who had been recognised as the Primeira Liga’s Player of the Year in both 2017-18 and 2018-19.

Few imports into the Premier League have ever enjoyed such an instant impact, with Fernandes inspiring the Red Devils to a 14-game unbeaten run and Champions League qualification, providing 15 goals and assists in the process.

Fernandes’ form has dipped somewhat in a difficult season for Manchester United this term, but an overall record of 60 G/A in 80 league appearances since moving to England is a demonstration of his quality.

He will likely have a central role in the rebuild at Old Trafford next season.

Ruben Dias is the most expensive Premier League import from Portugal after Manchester City spent £65m to sign the centre-back from Benfica.

After a number of middling defensive signings, Dias has proven an inspired addition and ended his first season in England named as the FWA Footballer of the Year.

Dias’ performances led Pep Guardiola’s side to the Premier League title as City boasted the division’s best defence, whilst his leadership and authoritative presence at centre-back has helped replace Vincent Kompany.

Already established as one of European football’s best centre-backs and integrated into the club’s captaincy group, Dias looks set to be a key figure in the City side for seasons to come.