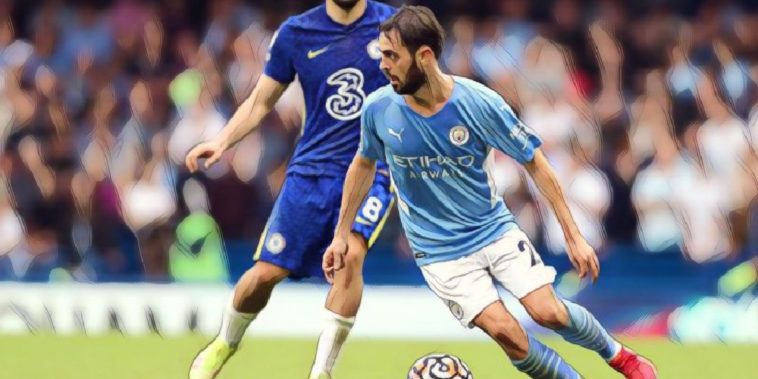 Having the ability to drive a team forward from the centre of the park is one of the key facets of a midfielder’s game, with the Premier League blessed with some of the finest ball carriers in Europe.

While the era of the all-action, box-to-box midfielder may be over, there are still those who have that knack of dragging their side from one end of the pitch to the other, often breaking the lines with a surging run forward.

With that in mind, let’s take a look at the top-flight players with the most progressive carries so far this season – a metric defined as a player carrying the ball more than five metres upfield.

Oriol Romeu may not be the most glamorous midfielder in the Premier League, yet he has been a mainstay of the Southampton side over the last six years, dovetailing effectively alongside midfield partner James Ward-Prowse.

While it is the Englishman and Saints skipper who often grabs the headlines for his set-piece prowess, the 30-year-old is seemingly the glue holding it all together in Ralph Hasenhuttl’s side, while also making an impact further up the pitch with his driving runs from midfield.

Such is his importance to the side, results took a drastic downturn in his absence towards the back end of last season, with the club’s strong start to the campaign quickly fading without their midfield general.

The 30-year-old – who arrived from Chelsea in 2015 – has been an everpresent in the league so far this season and ranks joint-sixth in the top tier for tackles made so far this season (26), with the former Barcelona academy graduate’s ball-winning ability particularly impressive.

Romeu’s fellow Spaniard, Rodri, is another to have enjoyed a fine start to the campaign, with the Manchester City man developing into an ever more important asset for Pep Guardiola’s side.

The former Atletico Madrid man had perhaps initially struggled to fill the shoes of the ageing Fernandinho following his arrival in the summer of 2019, yet has since become a mainstay of the midfield in a deep-lying role and was vital to the club’s title success last season.

His importance was no more illustrated than in the recent 2-2 draw with Liverpool at Anfield, as the 25-year-old’s remarkable sliding block denied what had looked to be a nailed-on goal from Reds man Fabinho in the closing stages, to help the champions clinch a point.

Not just impressive in helping to defend his own box, he has also shown a willingness to get forward, notably curling in a delightful effort in the 5-0 thrashing of Arsenal at the Etihad back in August.

While currently sidelined with injury, Mateo Kovacic has been in terrific form so far this season, with the 27-year-old scoring once and registering five assists in the Premier League to help continue Chelsea’s relentless title push.

The Croatian – who arrived, initially on-loan, from Real Madrid in 2018 – has had to bide his time on occasion due to the presence of Jorginho and N’Golo Kante, yet has featured heavily so far this season, particularly with the former having endured a stop-start campaign due to injury.

The Chelsea midfielder may have been fearing for his place after the arrival of Saul Niguez in the summer, yet his eye-catching displays have rubber-stamped his importance to Thomas Tuchel’s side.

An excellent technician on the ball, Kovacic has an expert knack of weaving his way out of tight spaces and dragging the Blues further up the pitch, while also having the quality to deliver the killer pass in the final third – as he did for his sublime assist for Romelu Lukau in the in 3-0 win over Aston Villa.

Declan Rice’s inclusion on this list is no surprise, such has been his remarkable form of late, with the England international earning rave reviews for his commanding midfield displays and his ability to turn defence into attack in an instant.

While previously criticised for perhaps playing it safe, the West Ham man is beginning to showcase more facets to his game, having already caught the eye at Euro 2020 after forming an immense partnership with Kalvin Phillips.

Not simply a defensive-minded holding midfielder, the current Hammers skipper has a forward-thinking approach in the centre of the park, be it finding a teammate with an incisive, crisp pass or taking the chance himself to drive his side forward.

Carrying the ball forward has almost become the 22-year-old’s trademark, while his displays have drawn comparisons from some to former Manchester United captain Roy Keane.

Those at Old Trafford are believed to be keeping a close eye on the former Chelsea academy player as a solution to their midfield conundrum, although as his manager David Moyes recently suggested, Rice is likely to command a fee of £100m plus.

In top spot in the division, however, is Manchester City playmaker Bernardo Silva, with the Portugal international having arguably been one of the best players in the league so far this season, after previously looking set to depart over the summer.

An Etihad exit appeared on the cards for the former Benfica man, with Silva himself believed to have asked to leave given a lack of minutes last season, yet the champions will no doubt be thankful that no such departure materialised, such has been his impact in the early months of the season.

With usual talisman Kevin De Bruyne struggling for form, the 27-year-old has been the major driving force for Pep Guardiola thus far, lining up in a slightly deeper role and dictating play to brilliant effect, while also offering a real hardworking presence in midfield.

While he has just two goals and one assist so far this season in the Premier League, it has been his knack of carrying the ball forward which has particularly caught the eye, most notably in the draw at Anfield in which he produced a mesmeric run to weave his way past a succession of players, before teeing up Phil Foden for a chance that the Englishman ultimately squandered.

His 110 progressive carries across his nine league appearances gives him a hugely impressive average of over 12/game.