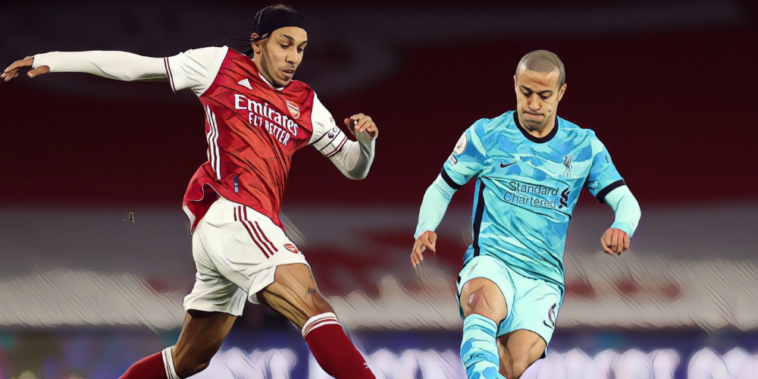 Premier League football has captivated a global audience since the launch of a rebranded division in the early nineties, English football becoming the most-watched domestic competition on the planet.

Millions tune in on a weekly basis in the hope of some enthralling encounters, seeking end-to-end contests and glorious goals from some of the world’s best.

We’ve decided to look at which games have proven the best value for entertainment over the years, here are the five Premier League fixtures to have produced the most goals.

Amongst the most memorable clashes between the two sides include a 4-3 thriller on the final day of the 2001/02 campaign, and a 16-year-old Wayne Rooney scoring a stunning last-minute winner for Everton to end Arsenal’s 30-game unbeaten run just months later.

Arsenal have largely got the better of the contests, including a 7-0 thrashing of the Merseyside club in 2005 and an emphatic 6-1 win at Goodison Park to open the 2009/10 Premier League season in style.

Derby encounters can often prove cagey affairs, though no one seems to have told that to north London rivals Arsenal and Tottenham.

The two teams have shared 164 goals across 58 fixtures in the Premier League era, including six fixtures that have seen 6+ goals shared between the two capital sides.

Few can forget when Arsenal edged a nine-goal thriller 5-4 at White Hart Lane in 2004, or a pulsating 4-4 draw at the Emirates four years later as dramatic late goals from Jermaine Jenas and Aaron Lennon rescued a point for Spurs and secured stunning fightback.

Clashes between Everton and Manchester United rank third for overall goals in the Premier League era, the two teams having scored 165 goals across 58 fixtures.

Manchester United have dominated the fixture in modern times and went unbeaten in 19 league fixtures against Everton, spanning a decade between 1995 and 2005.

The biggest victory in the fixture came with the Red Devils’ 5-1 in at Old Trafford in December 1999, whilst the highest-scoring contest resulted in a thrilling 4-4 draw at the same venue, a clash which derailed the title bid of Sir Alex Ferguson’s side in 2011/12.

This season’s fixture also proved a class at the two sides shared six goals in a 3-3 draw in February, Dominic Calvert-Lewin’s late equaliser rescuing a point for Carlo Ancelotti’s side.

The joint-highest scoring fixture in Premier League history is Liverpool against Tottenham, a total of 166 goals scored in games between the sides.

Liverpool have been the highest scorers and registered a 6-2 thrashing of the north Londoners in the inaugural Premier League season, with the Reds also hitting nine without reply across two fixtures with Spurs during the 2013/14 campaign.

Those games came as part of five consecutive wins for the Merseyside club that saw them score 18 goals, whilst the biggest Premier League win for Spurs coming with a 4-0 victory in 2011 as Emmanuel Adebayor scored twice on his home debut for the club.

Liverpool’s 3-0 win at Arsenal last weekend saw the fixture move level as the highest-scoring Premier League fixture, the Reds’ rout of the Gunners moving the clash to 166 goals from just 57 fixtures.

The two sides have enjoyed some classic encounters throughout the Premier League era, perhaps none more so than a 4-4 draw on Merseyside in 2009 that saw Andrey Arshavin score four times for Arsenal.

Arshavin’s four-goal haul was part of several hat-tricks netted in games between the sides, with Robbie Fowler, Thierry Henry, Peter Crouch and Roberto Firmino all netting trebles in the fixture.

Goals have also flowed freely during clashes between the two sides in cup competition during the Premier League era, with classic encounters in the Champions League (Liverpool 4-2 Arsenal) and League Cup (Liverpool 3-6 Arsenal and Liverpool 5-5 Arsenal) showing there is often guaranteed goals and entertainment when the two sides meet.