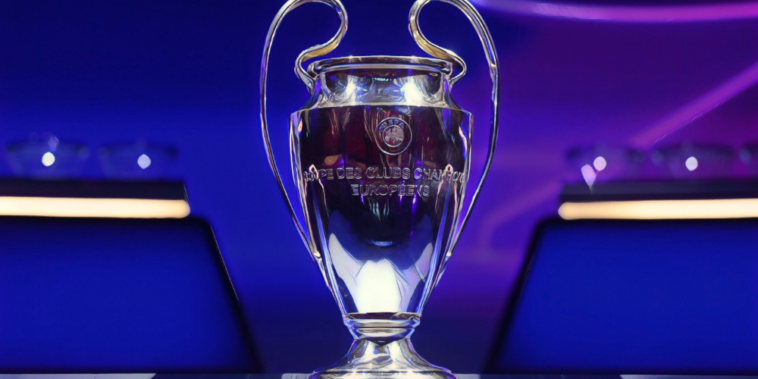 Real Madrid emerged as European champions for a record-extending 14th time after beating Liverpool in Paris, with the Spaniards having embarked on a miraculous run to the showpiece.

The 2022/23 season promises to be another captivating campaign of Champions League action and we’ve decided to look at how the bookmaker assess the favourites for the trophy.

So for those of you who like to keep up to date with the latest Betting offers, here are the five favourites to win the 2022/23 Champions League.

Real Madrid are regarded as fifth favourites despite entering next season as defending champions, with the record winners having more than rode their luck during an enthralling European campaign last term.

Real’s run to the final included dramatic comebacks against Paris Saint-Germain and Manchester City, whilst their quarter-final with Chelsea was unmissable viewing as the two teams played out a thriller across two legs.

Carlo Ancelotti’s team were also second best for much of the final before edging Liverpool in Paris, their know-how, will-to-win and big game experience all playing its part in a memorable success for the Spanish champions.

Ancelotti has moved to strengthen his side with the additions of Antonio Rudiger and Aurélien Tchouameni, but much could depend on whether greater support can be found for Karim Benzema, after the club’s planned move for Kylian Mbappe failed to materialise.

Benzema was Europe’s finest footballer last season and scored 44 goals in all competitions, but will turn 35 next season and it remains to be seen how long the Ballon d’Or favourite can continue defying time.

The German champions continue to dominate the landscape in the Bundesliga and sealed a tenth straight title last season, but has the lack of competitiveness domestically hindered their European chances?

Julian Nagelsmann is also facing a rebuild with Robert Lewandowski keen to quit the club this summer and replacing a forward who has scored 40+ goals in seven successive seasons will not be easy.

Our new signing's first interview as an #FCBayern player 🗣️

Sadio Mane is believed to be the Bavarian’s leading target and would add quality to the forward line, whilst the additions of Ajax pair Ryan Gravenberch and Noussair Mazraoui for a combined €20m look like more than shrewd additions.

Paris Saint-Germain were championed as potential contenders last season, with the club’s marquee recruitment drive – including the arrival of Lionel Messi from Barcelona – viewed as the final step to elusive European success.

PSG instead crashed out in the last 16 after squandering a two-goal lead to lose at Real Madrid and the pressure is on the Parisians to return with renewed intent in 2022/23.

Kylian Mbappe’s decision to turn down Real Madrid in favour of signing a record-breaking new deal is a massive boost to PSG’s chances, with the France international having finished as Ligue 1’s leading scorer for a fourth consecutive campaign.

Just how much their outlay on Mbappe’s new deal will impact transfer plans is yet to be seen and additions are needed if PSG are to mount a genuine challenge for the trophy.

Uncertainty also surrounds the man set to lead their challenge, with three-time Champions League winner Zinedine Zidane the favourite to replace Mauricio Pochettino as rumours continue to surround his impending exit from the Parc des Princes.

Liverpool missed out on a seventh European Cup after a 1-0 defeat to Real Madrid in Paris, having reached the final for a third time in five seasons under Jurgen Klopp.

The Premier League clubs will once again be fancied to make an impact in the latter stages and Liverpool have a proven track-record in recent Champions League campaigns.

I cannot express in words how much we wanted to bring that trophy back to Liverpool but in the end we couldn’t. I cannot thank the fans enough for your support. It has been a very long season but a part of me wishes the next one starts again tomorrow. pic.twitter.com/6ECyIL0AHN

Klopp has moved to strengthen his squad and the Reds have agreed a deal to sign Darwin Nunez from Benfica for a fee which could reach a club record £85m. The Uruguayan scored six goals in last season’s Champions League, including in both legs of Benfica’s defeat to Liverpool in the quarter-finals.

Nunez will add a different profile to Liverpool’s attacking options and the presence of an out-and-out number nine could aid the Reds’ challenge. Klopp’s side failed to score in three major finals last season, edging Chelsea on penalties after goalless draws in both the League Cup and FA Cup.

Manchester City will begin another Champions League season as tournament favourites in 2022/23, as the club look to end their wait for an elusive European success.

Real Madrid’s stunning semi-final comeback prevented Pep Guardiola’s team from reaching consecutive finals last season, but there has no doubt been progress in Europe for the Premier League champions in recent campaigns,

The wait is finally over! 🔵 #mancity @ManCity pic.twitter.com/vt0bLB1w76

Haaland became the fastest footballer in history to reach 20 goals in the Champions League and boasts a stunning record of 23 goals from 19 games among Europe’s elite.

His ruthlessness will provide City with a new dimension as Guardiola looks to finally bring the Champions League to the Etihad.