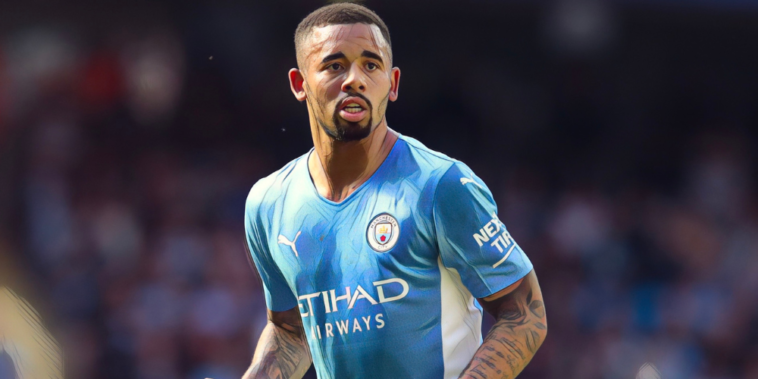 Arsenal are in the market for a centre-forward this summer with the transfer rumour mill having linked the Gunners with several attacking options.

Alexandre Lacazette’s confirmed exit and the uncertainty surrounding Eddie Nketiah’s future has left Arsenal in need of forward reinforcements and we’ve decided to profile five players who could be on the radar of the north London side this summer.

Gabriel Jesus is the name that has been most linked with a move to Arsenal, with the Manchester City forward having expressed a desire to leave the Premier League champions.

Jesus has struggled to command a regular role in a talent-packed squad at the Etihad and the arrivals of Erling Haaland and Julian Alvarez are set to further increase competition for places in Pep Guardiola’s forward line.

The 25-year-old has compiled an impressive goalscoring record across his five-and-a-half seasons with City, scoring 58 goals from 99 league starts.

Gabriel will leave Man City for sure, no changes expected. ⤵️ https://t.co/95u6gpqMRc

Jesus’ goal record, versatility and Premier League proven status make him an attractive option for Arsenal, whilst the forward has just 12 months to run on his current deal and could be available for a reduced fee this summer.

Tottenham and Chelsea have also been linked, though a move to the Emirates could provide Jesus with the regular first-team football he craves in a central role.

Recent reports have suggested that Arsenal have failed with an initial bid for Victor Osimhen, with Napoli set to demand a huge fee for the Nigerian forward.

Osimhen has enjoyed a rapid rise since first coming to prominence at Belgian side Charleroi, spending a single season with Lille before a club record €70m move to Napoli in 2020.

The 23-year-old was named as Serie A’s Best Young Player after scoring 18 goals in all competitions for Napoli last season, as Luciano Spalletti’s side secured Champions League qualification.

Arsenal’s failure to secure a top four finish could complicate a pursuit of Osimhen, who has emerged as the focal point of the Nigeria side at international level, registering 23 goal involvements (15G, 8A) in 23 appearances for the Super Eagles.

Napoli are reportedly holding out for a fee of around £85m for the forward, a figure which could prove out of reach for Mikel Arteta.

Signed as a replacement for Osimhen at Lille, David took time to settle in France before finding his feet in fine fashion.

The Canada international ended his debut season with 13 goals in all competitions, before improving on those performances with an 18-goal campaign for the Ligue 1 side in 2021/22.

Lille’s failure to secure European football could lead to a number of key figures leaving the side this summer and David has been linked with a move to the Premier League.

Versatile, direct and improving, he has all the attributes required to be a success in Mikel Arteta’s youthful side as the Gunners look to continue their upward momentum and secure a top four finish next season.

The 22-year-old has scored 20 goals in 32 appearances for Canada at international level and will form part of the squad that will feature at the World Cup for the first time in 36 years at Qatar 2022.

Speculation surrounding Alexander Isak has lessened after a disappointing season at Real Sociedad, though the forward possesses a profile that will interest Arsenal and Arteta.

The 22-year-old shone for Sweden during last summer’s European Championship and has a wide range of attributes, with Isak both tall and mobile with brilliant dribbling ability in tight areas.

Whilst far from a prolific forward, Isak showed during a 17-goal league season in 2020/21 that he can provide a regular source of goals when provided with service and his link-play and willingness to drift from a central role could suit the fluidity of Arsenal’s forward line.

Last summer’s speculation suggested Arsenal would need to match Isak’s reported €75m release clause to secure a deal, but after a below-par season – in which he scored just six league goals for Sociedad – a reduced transfer fee could tempt the Gunners into reviving their interest.

Gianluca Scamacca has emerged as an interesting option for teams in search of an out-and-out centre-forward with the Italian having enjoyed a breakthrough campaign at Sassuolo.

Scamacca has taken an unorthodox route to prominence with disappointing spells and underwhelming loan moves in his formative seasons, but has shown marked improvement in recent campaigns to break into the Italian national side.

The 23-year-old found his feet during a loan spell at Serie B side Ascoli in 2019/10, before an encouraging loan at Genoa in the top division persuaded Sassuolo to give the forward a run in the side.

Gianluca Scamacca p90 in the 21/22 Serie A [percentile rank among forwards in Europe’s top 5 leagues]:

Scamacca has repaid that faith with 16 league goals in 2021/22, with only Ciro Immobile netting more among Italian players in Serie A last season.

Excusing the tired cliche, he boasts a good touch for a man possessing a 6ft 5in frame and his ability to bring others into the game has allowed the likes of Domenico Berardi and Giacomo Raspadori to flourish alongside him this season.

Should the Gunners seek a physical presence to occupy backlines and create space for the likes of Bukayo Saka and Martin Odegaard, the raw but exciting Scamacca fits the bill.