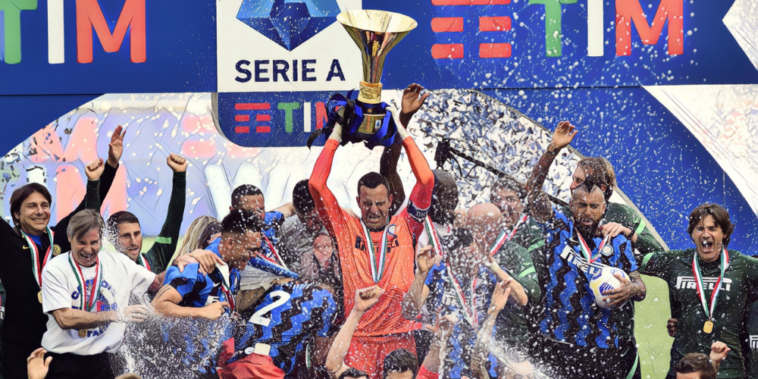 Serie A shapes as one of the most competitive top divisions in European football this season, with a whole host of sides harbouring realistic ambitions of claiming the Scudetto.

Inter Milan’s success last season ended Juventus’ dominant period at the summit of Italian football, but the champion’s financial issues have led to a sale of key players and provided hope to the chasing pack.

Last season just two points separated the sides from second to fifth and the 2021/22 season promises to be another campaign of competitive and compelling action.

So for those of you who like to follow the latest football odds and are always on the lookout for sure bets that guarantee profit, here are the five favourites to win Serie A in 2021/22.

Atalanta have continued to punch above their weight in Serie A in recent seasons, upsetting the established order to finish third in three consecutive campaigns.

The departures of Cristian Romero and Pierluigi Gollini to Tottenham have been addressed with the arrivals of Merih Demiral and Juan Musso from Juventus and Udinese respectively, with Gian Piero Gasperini confident his side can one again challenge Italy’s traditional heavyweights.

Gasperini has proven, particularly since the departure of Papu Gomez, that the strength of his system outweighs the importance of individual personnel, but it remains to be seen whether Atalanta can keep competing on shrewd recruitment and fine coaching, given their budget is dwarfed by domestic rivals.

Their performances in recent seasons and position as Champions League regulars has come against all odds already, and a victory in this season’s race for the Scudetto would truly cap an extraordinary footballing story.

Napoli – who showed shoots of growth under Luciano Spalletti last season – can also be found at odds of 7/1.

Jose Mourinho is back in Serie A after being appointed as Roma’s new manager this summer, the Portuguese hoping to return success to the capital club.

Mourinho guided Inter Milan to a historic treble during his previous spell in Italian football and has been backed in the transfer market by his new employers as Roma look to move on after two underwhelming seasons under Paulo Fonseca.

The headline arrival has been the £34m signing of Tammy Abraham from Chelsea, who will lead the line this season following the departure of veteran forward Edin Dzeko to Inter Milan.

Abraham has scored once and provided two assists in three appearances so far this season, with Roma having made a perfect start to the campaign with three successive wins.

Nicolò Zaniolo’s return after missing the entirety of last season is another welcome boost for Roma, who were the highest-spending side in Italy this summer as their domestic rivals largely stuttered.

Mourinho has a habit of enjoying happy honeymoon periods at new clubs, but whether it’s enough to see Roma – seventh last season and without a league title in two decades – upset the odds remains to be seen.

One of European football’s sleeping giants briefly threatened to awaken from its slumber last season, with AC Milan leading the title race for much of the campaign before finishing as runners-up.

Expectations have now increased following almost a decade in the doldrums for the Rossoneri, despite the departures of key players in Gianluigi Donnarumma and Hakan Calhanoglu.

Mike Maignan has arrived from Lille to fill the goalkeeping void, whilst the signings of Olivier Giroud and Alessandro Florenzi add experienced options in positions of need.

Giroud and Florenzi will join the likes of Simon Kjaer and Zlatan Ibrahimovic in leading an exciting crop of emerging talent, with the likes of Rafael Leão, Sandro Tonali, Franck Kessie, and Theo Hernandez amongst those who could flourish further with the right guidance.

Juventus’ domination of Serie A came to an end last season with a disappointing fourth-place finish, the Andrea Pirlo experiment proving a failure as the Bianconeri’s nine-year stranglehold on the Scudetto was ended.

Max Allegri is back in charge after winning five consecutive titles and twice reaching Champions League finals during his previous spell in Turin, with the Italian’s overhaul of the squad involving the sale of Cristiano Ronaldo to Manchester United.

Ronaldo finished as the leading scorer in Serie A last season with 29 goals, but there was a sense in some sections that the presence of the five-time Ballon d’Or winner stifled Juventus’ other attacking options.

The likes of Alvaro Morata, Paulo Dybala and Moise Kean – the latter returning to the club from Everton – will now have to prove they can assume the goalscoring mantle as Juventus look to reclaim their place as Italy’s finest side.

The reigning champions have been priced as 9/4 favourites to retain the title this season, despite losing some integral figures from their Scudetto success.

Inter’s financial situation saw the likes of Romelu Lukaku and Achraf Hakimi leave for huge fees, with the former having been named as Serie A’s Most Valuable Player following a 24-goal campaign last term.

Simone Inzaghi has handled the uncertainty surrounding the ownership in fine style and a series of shrewd additions have raised hope the title can be defended, with Edin Dzeko and Joaquin Correra arriving to ease concerns over the loss of Lukaku.

Denzel Dumfries will replace Hakimi at right wing-back after an excellent Euro 2020 with the Netherlands, whilst the free transfer addition of Hakan Calhanoglu from rivals AC Milan has the potential to be the bargain of the summer.

The Turkey international created more chances than any other player across Europe’s top five leagues in 2020/21.