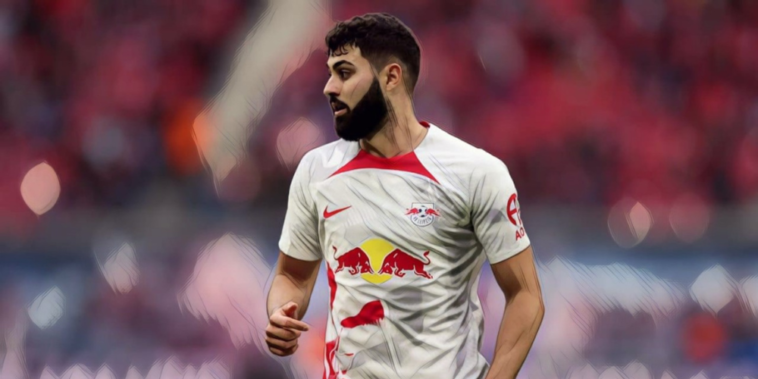 Josko Gvardiol is one of the most sought-after young talents in world football right now, with a whole host of Europe’s elite interested in a deal for the defender.

The Croatian centre-back has shone since signing for RB Leipzig 18 months ago, forging a reputation as one of the Bundesliga’s best. Gvardiol completed more take-ons than any defender in Europe’s top five leagues last season and combines defensive nous with an ability to get his side on the front foot.

He enhanced his growing reputation during Croatia’s run to the World Cup semi-finals in Qatar and Leipzig are set to demand a huge fee to prise him from the Red Bull Arena.

Antonio Conte has demanded reinforcements at Tottenham with the Italian having appeared unsettled in recent interviews.

Spurs are five points adrift of the Champions League places and centre-back has been viewed as an area of weakness in the north London side’s make-up.

Croatia's youngest ever scorer at the World Cup. #Vatreni pic.twitter.com/YPtr3iploc

Conte signed Clement Lenglet on loan from Barcelona to fill the left-sided role in his back three last summer, but Gvardiol would represent an upgrade and long-term solution. The Croatian’s arrival could see him form part of a defence alongside World Cup winner Cristian Romero, in a new-look backline that has the potential to be the foundation of a trophy-winning side.

Gvardiol has no release clause in his current contract and Chelsea held discussions with Leipzig over a deal worth around €90m (£77.4m) last summer. Whether that figure prices Spurs out of the race remains to be seen, with the club’s current transfer record the £55m fee spent on Tanguy Ndombele.

Could Liverpool enter the race for Josko Gvardiol?

Jurgen Klopp has hinted that investment is needed in his squad following a nightmare campaign to date, with the Reds ninth in the Premier League table and facing an uphill task to secure Champions League qualification.

Midfield is the pressing area of concern for Liverpool with two or three signings suggested for the summer, but the club’s backline has also been uncharacteristically accommodating this season. Just five teams in the Premier League have posted a worse xGA (expected goals against) figure than Liverpool this season, with Virgil van Dijk among those to have looked less assured than in recent seasons.

Josko Gvardiol: "My dream club? That would definitely be Liverpool. Since I was little, I watched a lot of their matches with my dad", tells @RTLDanas. 🔴🇭🇷 #LFC

"We covered every season in detail. It is a club that has remained in my heart". pic.twitter.com/TT337n0821

With Joe Gomez having failed to develop as hoped and both Joel Matip and Van Dijk set to turn 32 in the summer, Gvardiol could prove the perfect long-term addition to the club’s centre-back options – if resources can stretch following a midfield overhaul.

Gvardiol is understood to be open to the move, having called Liverpool his ‘dream club’ in a recent interview when discussing his future.

“My dream club? That would definitely be Liverpool. Since I was little, I watched a lot of their matches with my dad,” he told an interview with Croatian TV programme RTL Danas.

Manchester City have been linked with the signing of Gvardiol in recent months, with speculation having suggested the Premier League champions are preparing a record bid.

City’s squad boasts enviable depth, but Gvardiol has the potential to be one of the best defenders of his generation. The International Centre for Sports Studies (CIES) recently attempted to rank the most valuable footballers in the game and placed Gvardiol top for defenders in world football right now.

Gvardiol’s ability to cover at left-back would also be welcomed at City, who lack natural options at full-back with Nathan Ake, Sergio Gomez and Aymeric Laporte having all deputised for Joao Cancelo on occasion.

City currently have five senior centre-back options however, with exits perhaps required if Gvardiol is to arrive at the Etihad.

Chelsea held advanced talks with RB Leipzig over a deal for Gvardiol last summer, but were unable to reach an agreement with the Bundesliga side for the defender despite a proposal in the region of €90m (£77.4m).

The west Londoners have sought to rebuild their defence following the departures of Antonio Rudiger and Andreas Christensen last summer, while Thiago Silva – still Chelsea’s best and most consistent centre-back option – is out of contract next summer and will turn 39 in September.

🧠 Only Lucien Agoume (52) made more interceptions than Josko Gvardiol (51) of players aged 21 and under in Europe's top 5 leagues last season pic.twitter.com/FcxBu6imFE

Todd Boehly has splashed the cash since taking ownership of the Blues, investing more than £400m in new signings since last summer. The American has shown no signs of slowing with an active January transfer window and could unleash further funds for Chelsea to renew their interest in Gvardiol.

Chelsea did, however, sign Benoit Badiashile this month to fill the left-sided centre-back role, while Levi Colwill will be hoping for his chance next season after a loan spell at Brighton in 2022/23.

Real Madrid are the favourites to sign Gvardiol as the Spanish giants continue their rebuild with the targeting of world football’s best young talent.

The core of the side that has won four Champions League titles in seven seasons is ageing or gone, with Los Blancos having invested in a host of prospects. Aurélien Tchouaméni (22), Eduardo Camavinga (22) and Rodrygo (21) have all arrived in recent windows, joining the likes of Vinicius Junior (22) and Fede Valverde (24) in forming the next generation.

Defensive additions could be next on the agenda for the European champions and Gvardiol is arguably the most sought-after young centre-back in the game.

RB Leipzig director Eberl on Gvardiol deal: “Thanks to the contract extension with Josko, we are in control — the club has done an outstanding job”, tells @philipphinze24. 🇭🇷

“Football has gone crazy, but our interest is zero that we want to sell Josko Gvardiol in the summer”. pic.twitter.com/ZLKAGuVhdi

Gvardiol signed a one-year extension with Leipzig last summer and the Bundesliga side have insisted that the club have ‘no intention’ of selling the defender. It will take a huge offer to persuade Leipzig to part with their prized possession.