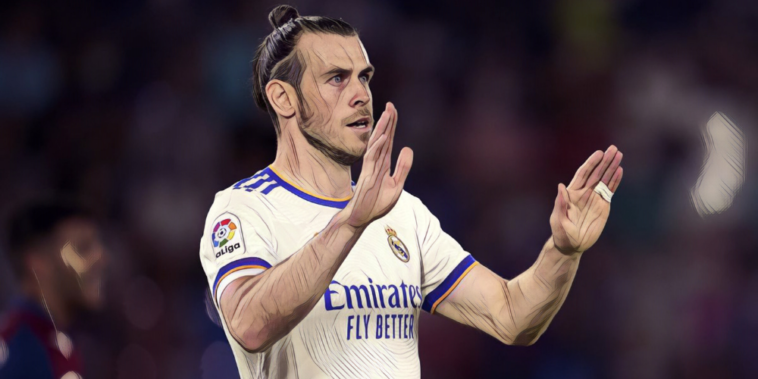 Bale’s brilliance has moved Wales within touching distance of a first World Cup since 1958 and has increased speculation over his next move with his contract at Real Madrid expiring this summer.

The 32-year-old has been a maligned figure in Madrid and has there have been suggestions over a potential retirement, but he remains a class act and there will no doubt be a queue of clubs interested in his services.

So for those of you interested in online casinos, we’ve decided to look at the bookmakers’ five favourites to sign Gareth Bale.

Rangers have been priced at odds of 12/1 to sign Bale this summer, in a move that would unite the forward with Wales teammate Aaron Ramsey.

Bale and Ramsey have carried the weight of expectation for the national side for more than a decade and the prospect of joining forces at club level could appeal to Bale as he considers a new challenge.

This is world-class from Gareth Bale 👏 pic.twitter.com/DXHMonDMVy

Rangers would provide Bale with the chance to compete for silverware and in European football, though he would have to take a significant pay cut to secure a move to Scotland.

After struggling for a sense of belonging at Real Madrid in recent seasons, a new challenge at a raucous Ibrox could prove tempting.

Newcastle are fourth favourites to sign Bale this summer as the Magpies look to launch their new era, the club’s billionaire ownership set to invest in the squad this summer.

Eddie Howe’s side have the funds to attract Bale should he be interested in a return to the Premier League and he would add quality and leadership to Newcastle’s new project.

Bale was backed to make the move to St James’ Park last month, with Brazil legend Rivaldo telling BetFair that the move could suit all parties.

“I definitely wouldn’t rule out a move to Newcastle as I think there is a chance they might convince him to return to the highest level as one of the stars of the team next season, in what will presumably become a very interesting squad.”

Major League Soccer sides have regularly sought high-profile European names coming to the end of their career and a move to the United States can be backed at odds of 8/1.

LA Galaxy were linked with the Welshman last summer, whilst David Beckham’s franchise, Inter Miami, have also been credited as potential suitors.

"Everything he does is turning to gold." 🥇

The move to MLS would take Bale away from the spotlight that has glared in the Spanish capital, having become a pantomime villain in recent seasons at the Bernabeu.

Plenty of decent golf courses, too.

One of Wales’ greatest ever footballers after a career that has included four Champions League trophies, two La Liga titles and a record-breaking 38 goals for the national side, a move to Championship would come as a shock but would be one full of romance.

Another of Wales’ all-time greats, Ian Rush, believes it would come as little surprise to see Cardiff make an ambitious approach and believes a move could prolong Bale’s career with Wales.

“He’ll keep his options open and one of those offers might be Cardiff, Rush said in a recent interview, via Glenn Williams of Wales Online.

“It would not surprise me if he went there. He’s a Cardiff boy and even though they’re in the Championship I don’t think that’ bother him.

“He certainly wouldn’t be going there for the money but it ticks a lot of other boxes. He’d be doing Wales proud because it’s his hometown team and it would allow him to prolong his international career if he’s playing at a less demanding level in his club career.”

Tottenham are the 2/1 favourites to bring Bale back to the club for a third spell, having been the platform that set the Welshman on his way to superstardom.

Bale was twice named as the PFA Player of the Year during his first spell in North London, developing into arguably the Premier League’s finest footballer before an £85m world record move to Real Madrid.

He returned on loan for the 2020/21 season and scored 16 goals in all competitions, but an agreement was not reached to extend his spell and he returned to the Bernabeu bench.

Reports have suggested Antonio Conte is keen on a free transfer deal for Bale as he looks to add to his attacking options in North London.