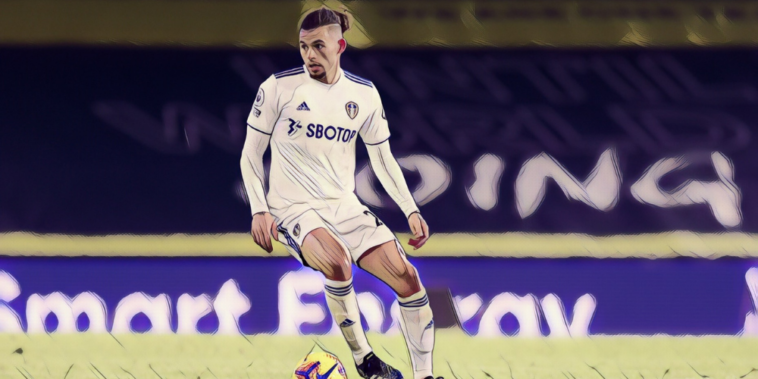 Promoted sides are almost always instantly installed amongst the favourites to go straight back down, such is the gap often alluded to between the Championship and England’s top tier.

Bridging that gap is often difficult for both clubs and players alike, though several names have starred this season after making the step up to the highest level of English football.

We’ve decided to look at some of the best, though players relegated last season before making an instant return to the top flight have not been included.

Here are our rankings of the five best players who made the jump from the Championship to the Premier League this season.

Leeds have won plenty of admirers following their return to the Premier League after a 16-year absence this season, Marcelo Bielsa’s side earning plaudits for their expansive and innovative style of football.

With just four games of the season remaining Leeds are just a point outside of the top half, an achievement secured largely with the same group of players who helped the club to promotion.

Whilst the likes of Luke Ayling and Liam Cooper have impressed this season after coming through the lower leagues, it is perhaps Stuart Dallas who has best symbolised how far hard work can take a player.

Dallas has been utilised as a utility player by Bielsa this season and has featured in both full-back positions and in midfield, the Northern Ireland international’s running power tailor-made for the chaotic style Leeds often bring.

The 30-year-old has enjoyed arguably the best season of his career in his first at Premier League level, scoring seven league goals including a match-winning brace at champions elect Manchester City.

Bielsa’s team run themselves into the ground for the cause and Dallas is often the epitome of his manager’s relentless demands.

Having seen his side narrowly avoid relegation upon their return to the Premier League last season, Dean Smith utilised his knowledge of the second tier after securing summer deals for Matty Cash and Ollie Watkins.

Villa’s board once again trusted their manager with funds and it has proven a smart decision after a season of much improvement, with Cash establishing himself as an undisputed starter at right-back.

The 23-year-old came through the ranks at Nottingham Forest as a winger before dropping into a more defensive role, being named as the club’s Player of the Season in 2019/20 to earn a move to Villa Park that could cost up to £16m.

That fee looks a shrewd investment given his impressive performances this season, helping Villa to their best ever start to a Premier League campaign and winning admirers for his high-energy and committed style at full-back.

Cash has made 26 league appearances and provided two assists, his displays having seen him namechecked by Gareth Southgate ahead of a potential England call, a testament to his talent given the Three Lions’ wealth of options at right-back.

One of the stars of the Championship season during a loan spell at West Brom last term, the Baggies moved quickly to secure Matheus Pereira on a permanent basis upon promotion.

It’s proven a difficult return to the top tier for West Brom who stand on the brink of an instant return to the Championship, having sacked Slaven Bilic before bringing in the Premier League’s most notorious firefighter in Sam Allardyce to no avail.

Standing out amongst much mediocrity has been their bright Brazilian forward however, the £8.25m signing from Sporting Lisbon having proven a fine investment with the Baggies set to make a large profit if – as expected – he departs upon their almost certain relegation.

Pereira has provided the creative spark for the side this season and has scored nine league goals in addition to registering five assists, his form since the turn of the new year particularly impressive as the 25-year-old found his feet at Premier League level.

His late season surge of goals looks unlikely to preserve West Brom’s status in the Premier League, though it could well pave the way for a summer move with the likes of Aston Villa and Tottenham recently linked.

Leeds’ fans regularly voiced their view on Kalvin Phillips as the club sought promotion, with many taking the opinion the home-grown midfielder was the best player in the Championship.

Gareth Southgate certainly spotted the talent in the star after handing the midfielder his first England call-up before he had kicked a ball in the Premier League, though the 25-year-old’s showings have since shown he belongs in the top tier.

Phillips is arguably the most crucial cog in the Leeds machine and has excelled as the deep-lying fulcrum of the side, working tirelessly to regain possession and providing a touch of class with his distribution.

Phillips was outstanding in the recent goalless draw with Manchester United as he nullified the threat of Bruno Fernandes, his performances this season having made him a candidate to anchor the England midfield at this summer’s European Championship.

Leeds have plenty to be positive about following an impressive return to the Premier League and in Phillips they have a player to build around as they bid to improve and challenge the elite.

Dean Smith was well aware of the forward’s capabilities having worked alongside him at the Bees, and Watkins has since handled the step up into the Premier League in style.

The forward scored his first goals for the club with a perfect hat-trick in a 7-2 thrashing of defending champions Liverpool, since going on to score 13 league goals with a further four assists.

Watkins’ all-action style has made him the perfect focal point for an improving Aston Villa side with Smith having lavished praise on the summer signing’s ability to force defenders into mistakes with his tireless pressing when leading the line.

Watkins’ performances have not gone unnoticed by Gareth Southgate who capped the star’s meteoric rise – he was playing non-league football as recently as 2014/15 – with a maiden England call, the 25-year-old scoring on his Three Lions’ debut against San Marino in March.

Jack Grealish’s injury problems have perhaps ended Villa’s hopes of securing European football, though the forward will hope he has done enough to earn inclusion in the England squad for this summer’s major tournament.