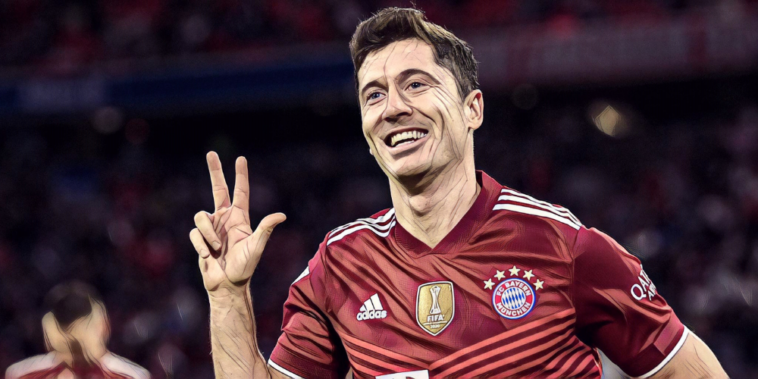 Europe’s premier competition pits together the world’s finest footballers and some leading names will be competing to finish as the tournament’s leading scorer.

So for those of you who like to follow the odds on the best online betting sites like betting24.fi, we look at the bookmakers’ five favourites to finish as the Champions League’s leading scorer in 2021/22.

The transfer window slammed shut with Kylian Mbappe remaining a PSG player, the club’s resistance of interest from Real Madrid providing the Parisians with the most exciting forward line-up in world football.

Mbappe has been joined at the Parc des Princes this summer by Lionel Messi, with the prospect of the Frenchman, Messi, and Neymar working in tandem a tantalising prospect as PSG seek to win a maiden European crown this term.

The 22-year-old enjoyed his most productive Champions League campaign last season to score eight goals in 10 appearances as PSG reached the semi-finals and his performances will be crucial to the club’s hopes of success.

However, Mauricio Pochettino’s side have been drawn in one of the most challenging-looking groups on paper, facing last season’s runners-up Manchester City, RB Leipzig and Club Brugge in Group A.

Romelu Lukaku has been priced at 7/1 odds to finish as the Champions League’s leading scorer, following his club record move to reigning European champions Chelsea this summer.

The Belgium international scored four goals in five appearances last season despite Inter Milan’s group stage exit and is now tasked with firing Chelsea’s defence of the trophy in 2021/22.

The 28-year-old has been one of the most prolific players in Europe across the past two seasons, scoring 64 goals in all competitions for Inter – including 13 in just 16 appearances in the Europa League and Champions League combined.

Chelsea boast one of the most talented squads in Europe as the west Londoners look to become just the second team – after Real Madrid – to win successive Champions League titles in the modern era.

Last season’s leading scorer is the third-favourite with the bookmakers to replicate his 2020/21 exploits again during the current campaign, with Haaland having enjoyed a frightening introduction to elite-level club football.

The Norwegian has netted 10 goals in each of the past two Champions League seasons, becoming the fastest player in the competition’s history to reach 20 goals after achieving the feat in just 14 games – a staggering 10 quicker than previous record holder Harry Kane.

Haaland will once again lead the charge for Borussia Dortmund after remaining with the Bundesliga side during the transfer window, with Marco Rose’s side facing Sporting Lisbon, Besiktas and Ajax in a group the club will be considered favourites to win.

New season, new colours for Lionel Messi following his shock exit from Barcelona, the six-time Ballon d’Or winner having joined a revolution at PSG as the club seek a first Champions League crown.

Messi has finished as the tournament’s leading scorer on six previous occasions, most recently following a 12-goal campaign during the 2018/19 season as Barcelona reached the semi-finals.

The 34-year-old will form part of a formidable attacking triumvirate alongside Kylian Mbappe and Neymar at PSG this season, though it remains to be seen how the superstar trio work as a cohesive unit under Mauricio Pochettino.

Having carried the weight of expectation for a poor Barcelona side in recent European campaigns, Messi now has the supporting cast to return to European football’s summit this season.

Robert Lewandowski has been priced as the bookmakers’ favourite to finish as the Champions League’s leading scorer, having cemented his status as arguably world football’s premier goalscorer in recent campaigns.

The Poland international scored a stunning 15 goals in just 10 games as Bayern were crowned as European champions in 2019/20, before setting a new Bundesliga record after scoring 41 times in only 29 league appearances for the German champions last season.

Lewandowski scored five times in last season’s competition, but was a significant absentee as the then holders crashed out to PSG in the quarter-finals.

Bayern – now under the management of Julian Nagelsmann – will start amongst the favourites for the trophy and in Lewandowski have a player capable of spearheading their challenge.

Now the third-highest goalscorer in Champions League history, the 32-year-old’s ratio of 0.76 goals per game in the competition is equal to that of Cristiano Ronaldo.