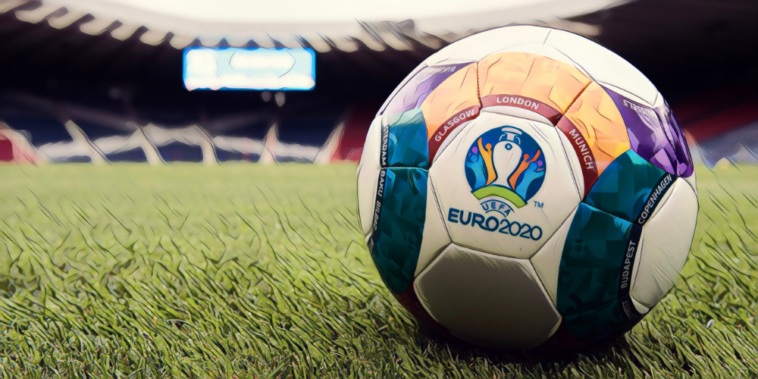 Euro 2020 is set to feature players from all over the continent, with a host of familiar faces and some less known talents set to take part at this summer’s finals.

Representing your country is the ultimate for any professional footballer, especially at a major tournament, and the nations involved have called up players from a huge range of clubs, but which sides are the best represented?

Here are the five clubs with the most players at Euro 2020.

Dynamo Kyiv are the fifth-best represented club at this summer’s major tournament, with 11 players called up to take part at Euro 2020.

Unsurprisingly it is Ukraine who the majority of those players are representing, with a huge 10 members of Andriy Shevchenko’s 26-man squad coming from Dynamo Kyiv, who won the Ukrainian Premier League in 2020/21 – losing just once all season.

Five of the side that started Ukraine’s thrilling 3-2 defeat to the Netherlands on Sunday play their club football in Kyiv, with the only non-Ukrainian Dynamo player at Euro 2020 Polish defender Tomasz Kędziora.

Amongst the other nations featuring Juventus players are Sweden, France, Turkey and Poland, whilst the headline Juventus star is Cristiano Ronaldo who will form part of the Portugal side bidding to retain the trophy they won at Euro 2016.

Dejan Kulusevski will also be hoping to build on a positive first season in Turin with a strong tournament, the 21-year-old set to play an important role for Sweden in the absence of the injured Zlatan Ibrahimovic.

One of the best sides in European football, Bayern Munich are well-represented at Euro 2020 with only one club side having more participating players at this summer’s finals.

Nine of Bayern’s contingent are in Joachim Low’s Germany squad, who will be captained by goalkeeping great Manuel Neuer as they bid to progress from the tournament’s Group of Death which features holders Portugal, reigning world champions France, and Hungary.

Thomas Muller is also a part of Die Mannschaft squad after being recalled by the national side, the 102-cap star included after finishing as the Bundesliga’s leading assist provider in each of the past two campaigns, having been amongst the senior stars previously discarded by Low following their World Cup disappointment in 2018.

Lucas Hernandez, Benjamin Pavard and Corentin Tolisso will face their Bayern teammates and Germany in Group F, whilst the Bavarians have three national side captains at Euro 2020, with David Alaba – who will join Real Madrid next month – and Robert Lewandowski skippering Austria and Poland respectively.

Manchester City are level with Bayern Munich with 14 players called up to Euro 2020, the Champions League finalists the joint-second most represented side at the tournament.

England have included John Stones, Kyle Walker, Raheem Sterling and Phil Foden amongst their ranks, whilst the Premier League champions are also heavily represented with Portugal with Ruben Dias, Bernardo Silva and Joao Cancelo part of the holder’s squad.

Aymeric Laporte joins Rodri in the Spain squad after changing his international allegiance from France to represent La Roja, whilst Kevin De Bruyne – named as the PFA Player of the Season for the second successive campaign in 2020/21 – will be a key figure for Belgium as the nation’s Golden Generation look to claim a first major trophy.

No side has more players participating at Euro 2020 than Chelsea, the European champions having 17 players at the tournament, including three for each of England, Germany and France.

Mason Mount started for England in their opening group stage win against Croatia, whilst both Reece James and Ben Chilwell are amongst Gareth Southgate’s full-back options.

Kai Havertz has linked up with Germany after scoring the winner in the Champions League final, where he will be joined by Timo Werner and Antonio Rudiger, the trio set to face off against club teammates N’Golo Kante, Kurt Zouma and Olivier Giroud when the Germans meet France tomorrow.

Billy Gilmour is the club’s youngest inclusion at Euro 2020, the 20-year-old having been called up by Scotland for the first time ahead of the tournament, making his senior debut in a friendly against the Netherlands earlier this month.