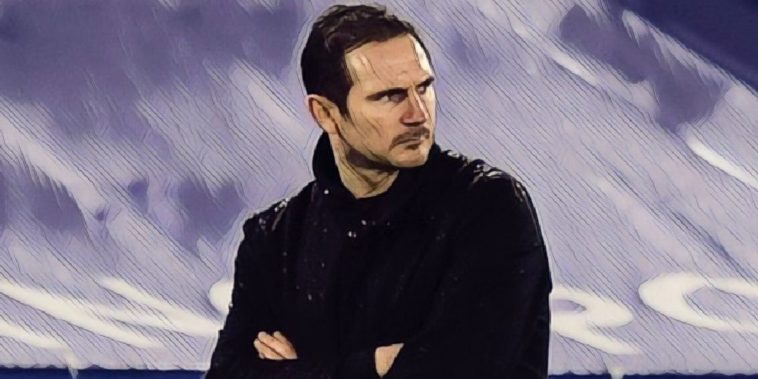 Crystal Palace have announced that Roy Hodgson will step down from his position as manager at the end of the season, the 73-year-old announcing that now was the right time for him to step away from ‘the rigours of top-flight Premier League football’.

Hodgson’s departure leaves the Eagles in search of a new manager as the club prepare for significant changes at Selhurst Park this summer, with over a full starting XI of senior players out of contract at the end of the campaign.

Palace will be keen to get a new man in place as quickly as possible with plenty of work to do over the close season, as the club look to kick on from the consolidation of the Hodgson era.

So for those of you interested in the best betting sites like asiabet8888.com, we’ve decided to look at how the bookmakers view the potential candidates for the role.

Eddie Howe has been without a club since leaving Bournemouth last summer, the long-serving Cherries boss departing following relegation from the Premier League.

Howe had previously earned rave reviews for his work across two spells on the South Coast, taking Bournemouth from the fourth tier to the Premier League and spending five seasons rubbing shoulders with England’s elite.

Howe’s attractive style of football and faith in young talent makes him an attractive candidate to clubs in search of new direction, though a concerning record in the transfer market during his latter period at Bournemouth raises concerns, with a number of significant signings proving disappointing.

His odds of 11/1 are reflective of strong reports linking him with the managerial vacancy at Celtic, with recent reports suggesting the 43-year-old is keen on succeeding Neil Lennon in charge of the Scottish giants.

Crystal Palace fans will remember Valerien Ismael following his brief and unsuccessful spell as the club’s record signing, the centre-back arriving in the late nineties but spending just 10 months at Selhurst Park before returning to his native France.

Ismael’s later career included spells at Werder Bremen and Bayern Munich, before embarking on a coaching career that has also included spells in the Bundesliga and Austria.

Ismael was appointed as Barnsley manager in October and has enjoyed a transformative debut campaign in charge, taking a team that avoided relegation by just a single point last season – and on the back of a seven-game winless run to start the 2020/21 season – into the Championship play-offs.

Barnsley have enjoyed a meteoric rise under his management, their form including a 12-game unbeaten run between January and March as Ismael quickly got to grips with England’s demanding second tier.

Barnsley will hope Ismael can oversee what would be an improbable and unexpected promotion to the Premier League following a reign so far that has attracted top-flight interest.

Sean Dyche has been linked with the Crystal Palace job in recent months as reports of Hodgson’s impending exit grew stronger, the Burnley boss having worked wonders in keeping the Clarets in the Premier League on a shoe-string budget.

Dyche may not be the most exciting managerial appointment with his success having come through organisation, energy and a largely British core of players, but his proven track-record in getting Burnley punching above their weight will appeal to clubs without major resources.

Burnley’s recent takeover has left the club saddled with additional debt and Dyche may feel now is the time to depart for a club prepared to back him with resources, recent reports having suggested Palace will make around £50m available for player recruitment this summer – with the promise of more if Wilfried Zaha leaves in a big-money deal.

Having operated on a comparatively modest budget in recent campaigns, Dyche would surely relish the chance to see what he can really achieve when given a more level playing field to operate.

Another name currently winning admirers with his work in the Championship, Steve Cooper’s strong work since taking charge of Swansea has made him a 5/1 second favourite for the Palace job.

Cooper’s previous experience comes from working in the youth systems of both Liverpool and England, guiding a Young Lions’ side including Phil Foden, Jadon Sancho and Rhian Brewster to u17 World Cup success in 2017.

Cooper has used those links well since taking charge of Swansea, signing promising Premier League youngsters in Brewster, Marc Guehi and Morgan Gibbs-White on loan over the past two seasons with his unrelenting faith in youth appealing to clubs looking to develop home-grown talent.

The 45-year-old has guided the Swans into the Championship play-offs in each of his two seasons in charge to date and will hope for Premier League promotion this term, the club currently leading Barnsley 1-0 on aggregate ahead of their semi-final second leg on Saturday.

Frank Lampard has been made the 4/11 odds-on favourite to succeed Hodgson, as the former Chelsea manager seeks a return to management after his sacking at Stamford Bridge.

In truth, Lampard’s appointment at Chelsea came too soon for a novice coach with just a season of Championship experience under his belt, though he will no doubt have learned from a chastening experience during 18 months in west London.

Lampard’s integration of several academy graduates will perhaps prove his lasting managerial legacy at Chelsea with the likes of Mason Mount and Reece James now fixtures in the side.

Palace will hope the 42-year-old can develop the Eagles’ best prospects in a similar way should he take charge at Selhurst Park, a potentially crucial method of competing with Premier League clubs boasting greater finances.

Lampard’s links to Chelsea could also prove useful when it comes to signing reinforcements, with the likes of Tammy Abraham, Billy Gilmour and former Palace loanee Ruben Loftus-Cheek amongst  those potentially available for loan or transfer this summer.

Read Also – Player Analysis: Why Ivan Toney would thrive in the Premier League