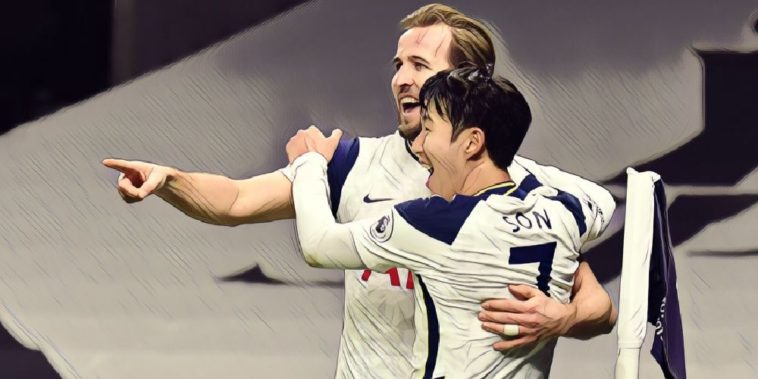 Amid the decline of the out-and-out goalscoring centre-forward, the Premier League’s biggest names are now seemingly the playmakers, the players with the creative nous to be able to supply their teammates with the goods.

Although goals remain the ultimate metric, recent years have seen an increasing rise in the importance of the assist, with making goals seemingly becoming just as celebrated as scoring them.

With the top-flight now rammed full of playmaking geniuses, the tussle to be crowned the king of the assists is perhaps just as important as who finishes with the Golden Boot.

As the domestic season reaches it’s climax, let’s take a look at who the five leading figures in the assists charts are at present:

It’s been a turbulent campaign at the Tottenham Hotspur Stadium, yet one shining light has been the continued impressive displays of both Harry Kane and Heung-min Son, the duo’s telepathic partnership a real joy to behold, particularly at the beginning of the campaign.

While it’s the England captain who largely grabs the headlines, his teammate is equally as valuable and important to the side, the Korean international having been so consistent once again this season.

Alongside his ten assists, the former Hamburg man has 16 league goals to date, while he has also recorded 35 goal contributions across all competitions so far this season.

After arriving from Bayer Leverkusen in 2015, the pacy forward has registered 69 goals and 39 assists in the top flight, with the current campaign his most prolific to date.

One thing that still alludes him in his excellent Spurs career to date, however, is silverware, the 28-year-old visibly upset after the north London club’s defeat to Manchester City in the Carabao Cup final last month. With Kane’s future up in the air, the Tottenham hierarchy will be desperate not to allow their other star man to leave.

It’s remarkable that the Aston Villa captain finds himself on this list, despite missing the last 11 games through injury, the England international having made just 22 appearances in the top-flight this season.

The 25-year-old – who last featured in the 0-0 draw with Brighton and Hove Albion back on February 13 – is currently sidelined with a shin injury, although he will be hoping to be back in time for the end of the season and stake his claim for a place in Gareth Southgate’s European Championship squad this summer.

Prior to his injury, Grealish had been in sublime form, recording ten assists and netting six goals, improving upon the 13 goal involvements he produced to help keep Villa in the top tier last season.

Before his absence, Dean Smith’s side had looked to be an outside contender to secure a European spot, yet since then wins have been hard to come by, with just three in their last 11 games without their talisman.

It’s no surprise to see why they have taken a hit in his absence, the academy product the side’s creator-in-chief, ranking third in the league for most big chances created (14), a record only bettered by Bruno Fernandes and Kevin De Bruyne.

Speaking of De Bruyne, the Belgian international is, unsurprisingly, enjoying another fine season under Pep Guardiola, City currently still on course to claim a remarkable treble.

With the Carabao Cup already secured and the Premier League title just one win away, the club’s final task will be to lift a so-far elusive maiden Champions League title, with an all-English clash with Chelsea to come at the end of May.

While securing that trophy is no foregone conclusion, a third league title in four seasons surely is, with De Bruyne once again the major driving force behind the team’s success.

The former Blues midfielder has netted five times and added 11 assists, while he’s also created a mightily impressive 2.58 chances per 90 minutes, a record only bettered by Grealish (2.95) among the division’s top assisters.

The 29-year-old’s assist tally this term means he is now on a total of 77 assists in top-flight career, leaving him in tenth in the all-time list, while he also holds the joint-record for the most assists in a single season, alongside the great Thierry Henry, after his 20 in the previous campaign.

It’s hard to think of a player who’s made a more immediate impact at a club in recent times than Bruno Fernandes, the Portugal international having seemingly lifted Manchester United out of the gloom almost single-handedly.

After steering the club to a top-four finish with eight goals and seven assists in just 14 league games last term, the former Sporting CP man has been equally as reliable this season, his current tally standing at 16 goals and 11 assists in the league alone.

Such remarkable form has helped propel the Red Devils into a relatively comfortable second-place, with Fernandes an ever-present in the league thus far, featuring in all 33 games, with just one of those appearances coming from the substitutes bench.

Even that one fixture in which he did not start still saw the 26-year-old enter the fray at half-time with United trailing to West Ham back in December, the midfielder going to play a crucial role in the Red Devils eventual 3-1 win, emphasising his undeniable importance to Ole Gunnar Solskjaer’s side.

While that relentless action has perhaps had an impact on his output in recent games, he’s still an effective presence, and currently leads the way for chances created this season (78), as well as for ‘Big Chances’ created (19).

The only player with more goal contributions in the top-flight this season than Fernandes and De Bruyne is Harry Kane, the Spurs star having been in fine form, both in front of goal and in a deeper playmaking role.

While he’s long been recognised as a lethal and prolific marksman, this campaign has seen a more complete version of the England captain emerge, the forward developing into an equally as efficient playmaker as he is goal-getter.

A large reason for his hugely improved assist record this season – he only registered two last term – has been his partnership with teammate Son, with nine of his 13 assists having set up his fellow forward.

At present, the 27-year-old also leads the way in the scoring charts, with 21 goals in the league to date, taking his tally to 34 goals involvements for the season, while he is currently on 164 Premier League goals in his career thus far, moving him up to seventh in the all-time rankings.

With Alan Shearer’s record still an attainable goal, the only real question now is which club Kane will be at in the near future, amid constant speculation that he could be set to leave the club in search of major honours.