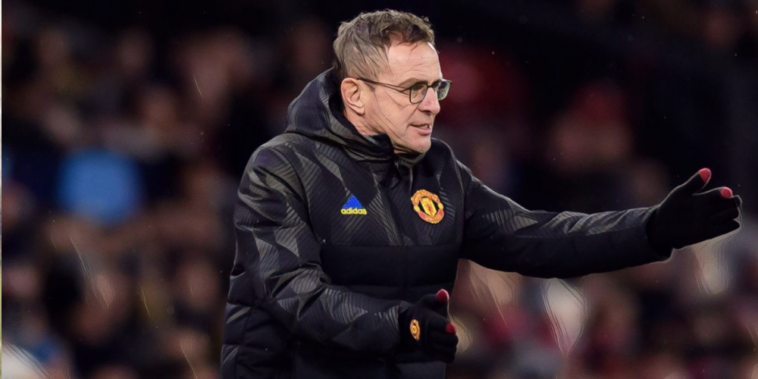 Manchester United interim boss Ralf Rangnick has revealed what he is looking to change, following his first two games in charge.

It’s been a largely positive first week at the helm for the interim coach, the 63-year-old having been tasked with steadying the ship until the end of the season, following Ole Gunnar Solskjaer’s sacking last month.

Caretaker boss Michael Carrick had held the fort in the wake of the Norwegian’s departure, picking up two wins and a draw from his three-match stint in charge, with Rangnick having continued that unbeaten run with a win and a draw from his first two games.

The German’s first taste of the Old Trafford dugout came last weekend as Manchester United secured a 1-0 victory over Crystal Palace, the hosts starting the match in impressive fashion, although somewhat faded into the second-half.

That was also the case in Thursday’s draw with Young Boys in the Champions League, as a youthful, much-changed side started brightly yet struggled to maintain that momentum beyond the opening half an hour.

Ahead of his third game in charge away at Norwich City on Saturday, the former RB Leipzig manager has revealed he wants to see more forward, ‘vertical’ passing from his new side, with a change in his players ‘mentality’ required.

“Well, it’s not so much a question of quality of passing,” Rangnick told MUTV. “I mean, even in the first one or two training sessions, I realised the players were able and willing to play sharp, low, hard passes between them and they are technically able.

“This really stuck out in the first couple of training sessions. When I compare that with teams in Germany, that they can do that on a high level. It’s more a question of where and when do they play the ball forward.

“For me, there is still too much playing square and backwards. For me, it’s to implement the idea of playing vertical, whenever possible. I think we have the players up front, we have fast players up front, who we can play the ball to with Cristiano and Marcus.

“Therefore, we need to change a little bit the mindset. It’s not so much the technical abilities to play that ball, it’s more the way they have been used to playing so far. This is something I will try to change.”