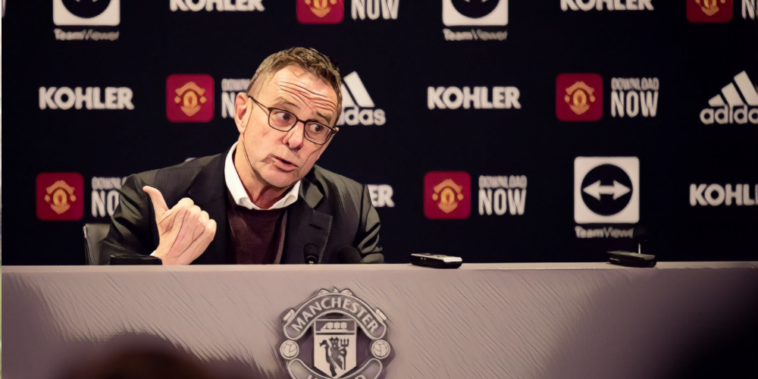 Ralf Rangnick has said Manchester United’s recruitment is ‘the most important thing’ as the club embark on what is expected to be a major rebuild project this summer.

The Red Devils are on course to post their worst ever Premier League points tally this season after picking up just 55 points with three games of the season to go, a season that saw them sack Ole Gunnar Solskjaer for a poor start, only for his interim successor to also be unable to turn things around.

Despite things not going well on the pitch, Ralf Rangnick will take up a consultancy role following the conclusion of this season, with the German having been increasingly vocal in recent weeks about the task at hand for Manchester United.

Rangnick recently said that the club could need to sign up to 10 players this summer, and has said that the club’s recruitment of both scouts and players is absolutely ‘vital’ as they look to get back to former glories,

“The most important thing for me is recruitment. That is the most vital point, that we bring in the best possible players,” Rangnick said at his pre-match press conference ahead of Monday’s clash with Brentford.

“It is not only about identifying those players but also meeting them and convincing them to join this club, even though we are not in the Champions League.

”This is what I see as the most important bit and then it is also about identifying top talented players in the academy.”

“It is important the club identify, scouts and then recruits those kind of players who can help Manchester United to develop into the top teams again. You need mentality, quality, physicality, pace, skills – you need the full package.”

Rangnick is believed to have recommended that Manchester United hire Paul Mitchell in some capacity, the Mancunian having developed an excellent recruitment reputation in his time at Southampton and Spurs, before moving on to RB Leipzig and currently, Monaco.