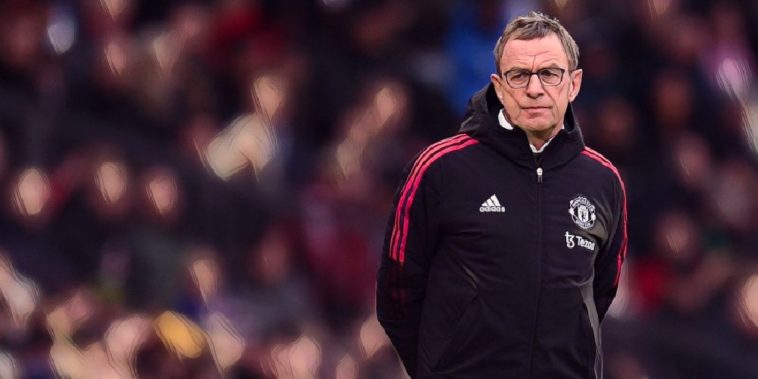 Manchester United dropped yet more points at Old Trafford as they were pegged back to draw 1-1 with Southampton.

United started the brighter of the two sides, and could have conceivably have been two up in the opening 10 minutes, with Cristiano Ronaldo rounding goalkeeper Fraser Forster only to see his tame effort blocked by Romain Perraud who covered well, while Forster kept out an effort from Jadon Sancho.

The Red Devils did however get themselves midway through the first half, Bruno Fernandes playing the ball from deep in behind the Saints backline for Marcus Rashford to run onto, the England international eventually squaring it across the box for Sancho to score his second in three games.

Southampton – who had twice come from behind to beat Spurs in midweek – would start by far the brighter in the second half, and within minutes of the restart would pull themselves level. Mohamed Elyounoussi slipped the ball to Che Adams who had gotten in behind Raphael Varane, with the Scotland international coolly slotting past David de Gea with the ball going in off the post.

Armando Broja could have given the Saints the lead before the hour mark but saw his effort saved by De Gea, while Harry Maguire forced a fine stoppage-time save out of Forster at the other end from a Luke Shaw free-kick as both sides looked for a winner.

The game finished 1-1 however to see United miss out on the chance to climb back in the top four, and speaking afterwards, interim boss Ralf Rangnick was once again left to rue a sub-par second-half display from his side.

“Unfortunately, again, it was very similar to the last couple of games,” he told BT Sport. “Very good first half, very good first half-hour. We did all the things we intended to do with the counter-attacks, with the deep runs. [It was] exactly that way we created the goal and prepared the goal. It was a great goal, in all aspects of the goal. But then we stopped doing that. Even at the end of the first half, we didn’t do those things anymore.

Jadon Sancho has his first goal at Old Trafford! 🙌

A lightning move from Man Utd as Southampton are carved open to make it 1-0 💥 pic.twitter.com/1kxbxMYd3z

“And then in the second half, we also lost a bit of shape in the first 20 minutes. We were struggling to defend against them and exactly that happened in transition when they scored their goal. In the last 20 minutes, we had enough opportunities, big chances to score again. The expected-goals ratio was in our favour clearly but, in the end, we didn’t get the result we wanted to.”

In the first half, United frequently looked to get in behind Southampton with the pace of Jadon Sancho and Marcus Rashford down the flanks, and Rangnick revealed that this was an area he had looked to exploit pre-match.

“Yes. As I said, we did exactly what we intended and what we told the team to do. Not play into their pressing zones but play behind them, making use of the space behind their back four and this is exactly what we did when we scored the goal.”

As happened in the recent games against Middlesbrough and Burnley, United’s intensity levels seemed to drop after the half-time interval. While Rangnick said that Southampton deserve credit for their display, he admitted that his side ‘lost a little bit of composure’ after the break, while also seemingly questioning their decision making at times.

“Well, on the one hand, we also have to respect the other team. Southampton played well, they played with the same intensity and tactical approach that they did against Tottenham, so this is not an easy team to play against. But yes, again, we lost a little bit of composure, we made some wrong decisions, sometimes under pressure, sometimes not under pressure.

Ché Adams levels it up for the Saints! 👊

Southampton have had some great chances in this game, and they finally score ⚽️

A well-taken finish from the forward 🎯 pic.twitter.com/U1BLs77Vg0

“This is where we have to get better, whenever we prepare the team for the next possible game. As I said in the last four or five games, we started extremely well, we had an excellent half-hour again today but, in the end, it’s about playing that way for more than just one half.”

United have now thrown away leads in three of their last five league games to drop points, and the German said his side must be more ‘decisive’ and ‘lethal’.

“Yes, in all of those games we were 1-0 or 2-0 up and we gave away six points in those three games. This can happen once but it shouldn’t happen three times and, with four points more, we would speak in a different way right now.

“But, again, it’s what we have to get better at and become more lethal, more decisive and more convinced that we shouldn’t give away points like those today.”