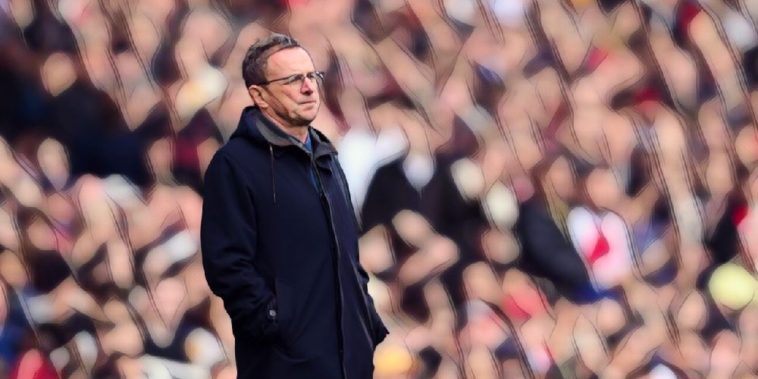 Manchester United’s faint hopes of Champions League football look to have been extinguished after they suffered a 3-1 loss to top four rivals, Arsenal.

Manchester United came into the game on the back of a dreadful run of form, and within the first three minutes, their defensive fragility was in full view once again as Arsenal took the lead. Raphael Varane and Alex Telles both failed to deal with a ball across goal that fell to Bukayo Saka, the winger cutting onto his left and forcing a smart save out of David de Gea, though Nuno Tavares had continued his run into the box to poke home the Spaniard’s parry.

Unlike their 4-0 loss to Liverpool in midweek, the Red Devils did show a response after going behind, creating a number of chances as they looked to equalise, the pick of the bunch coming from Diogo Dalot, whose whipped effort came back off the bar.

Arsenal thought they had doubled their lead as Eddie Nketiah lashed past De Gea, though VAR ruled it out for offside. However, having reviewed the pitchside footage, referee Craig Pawson pointed to the spot following a coming together between Alex Telles and Bukayo Saka in the buildup. Saka had stroked home a late penalty in the 4-2 win over Chelsea, and the England international repeated the trick to make it 2-0.

The two goal advantage only lasted for two minutes, however, Cristiano Ronaldo returning to the side to net his 100th Premier League goal, getting in front of Gabriel Magalhaes to get on the end of a Nemanja Matic delivery from the left with Aaron Ramsdale left in no man’s land.

Manchester United would be given a glorious opportunity to level the scores 10 minutes into the second half as the ball hit Nuno Tavares’ outstretched arm from a corner, however, Bruno Fernandes fluffed his lines from the resulting spot-kick as it hit the post and went out for a goal-kick.

United continued to push for the equaliser as Ronaldo had one chalked off for the most marginal of offsides, while Diogo Dalot had an effort tipped onto the post by Aaron Ramsdale.

Arsenal had looked nervy on a number of occasions throughout the game, but Granit Xhaka settled those nerves as he fired an absolute piledriver of a strike beyond a perhaps unsighted David de Gea after Bruno Fernandes had been dispossessed in his own half.

😳 Only 27 of the other 97 teams in Europe's top 5 leagues have conceded more goals than Manchester United this season (51) #ARSMUN pic.twitter.com/MOVFKVYlbc

Speaking after the game, Manchester United interim boss Ralf Rangnick said his side were much better than they were in their 4-0 loss to Liverpool, and felt his side were ‘very unlucky’ with some of the refereeing decisions.

“I think we showed an improved performance but in the end a disappointing result,” he told BT Sport. “I think we bounced back well from the early goal and had numerous chances in both halves to score more goals.

“I thought the weak part of our performance today was we didn’t defend well inside and around our box. I felt there were three very unlucky VAR decisions. For me the Arsenal third was clearly offside. The second of Cristiano was not offside. We were not very happy with the VAR decisions today. An improved display but a disappointing result.”

On Bruno Fernandes’ missed penalty, he said: “It would have helped us a lot of that had been the equaliser and probably would have changed the whole game. In the end, very unlucky for us.”

Manchester United confirmed the appointment of Erik ten Hag as the club’s next permanent manager, and Rangnick was asked what the Dutchman will have made from today’s performance:

“[He’ll think] There is a lot of work for sure. We knew that before the game. We showed what football we can play. Although we had to deal with the two early goals we still showed the attitude. There is nothing about the attitude of the players we should fault today.”

United are now six points behind Arsenal in the race for the top four, having played a game more than the Gunners, and the German was asked if their top four results were over now.

“Pretty sure. For me, even before the game, it was not very likely but after today’s result it is gone yes.”