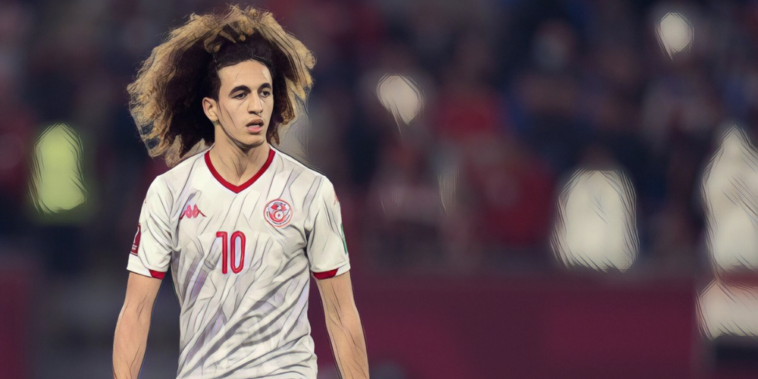 Ralf Rangnick has backed Hannibal Mejbri to break into the Manchester United first team and syas he is keen to follow the club’s traditions of promoting young players.

The 18-year-old has returned to the Red Devils after impressing during on international duty the FIFA Arab Cup with Tunisia, helping his side to the final of the competition before defeat to Algeria.

Hannibal will again depart for international duty next month after being included in the Tunisia squad for the Africa Cup of Nation, but Rangnick has backed the talented teenager to break into his Manchester United plans upon his return to club football.

“We had 25 players in on Thursday and the only one missing was Paul Pogba,” Rangnick told ManUtd.com.

“Hannibal was here training for the first time since I arrived having just come back from the Arab Cup.

“Unfortunately for us and for him he will be missing out [with us] again in January because of the Africa Cup of Nations.

“I watched the final before his substitution and I’m fully aware that we have another good, highly-talented player coming from our youth ranks and hopefully after the Africa Cup of Nations he can regularly train and be part of our group.”

Rangnick discussed the Red Devils’ history in producing players from the academy system and outlined his desire to develop the club’s most talented prospects.

“I think since the Busby Babes this has always been part of the DNA of the club and the same was true under Sir Alex Ferguson in those 27 years,” Rangnick said.

“It’s not only about youth, it’s about being talented and having the right personality and mentality and if those things come together then of course I want to play as many of those young players as possible. We had three, four or five of them in our squad already and for me it’s important to develop those players.”