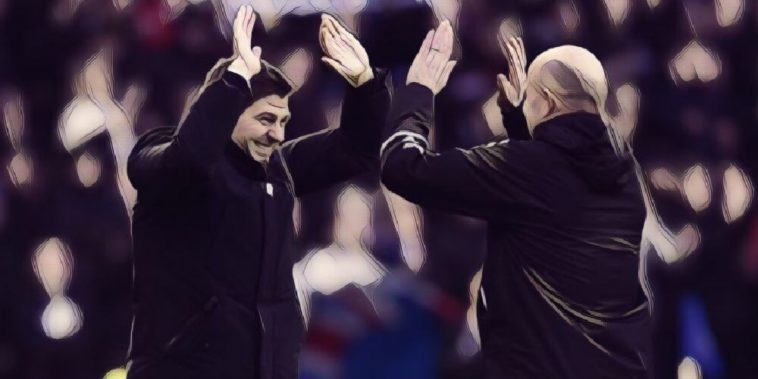 Steven Gerrard was full of praise after watching his Rangers side complete a historic win over their most bitter rivals Celtic in this afternoon’s Old Firm derby.

Rangers hadn’t beaten Celtic in a league game in the last seven years thanks to the well publicised financial problems which have seen them fighting their way back through the Scottish footballing pyramid.

While today’s game won’t go down as one of the best Old Firm derbies, the 1-0 victory marked a key moment in Rangers’ recent history, as well as moved them level on points with Celtic at top of the Scottish Premiership table, although Brendan Rodgers men do have a game in hand.

Speaking after the game, former Liverpool captain and current Rangers boss Steven Gerrard dedicated the win to the clubs long-suffering fans, and said his players were simply better than their Old Firm counterparts.

“This moment is all about the supporters, they’ve been through a lot,” he told Sky Sports.

“Over the last couple of years they’ve been punished in these fixtures, so today is all about the supporters.

“The players to a man were outstanding, all over the pitch. I asked them to win more one v ones across the pitch and we won them all. We were better to a man, we were the better team, we could have won it more comfortably. Their keeper made some outstanding saves and we hit the woodwork.

“We played with courage, we played with belief, we were brave, competed all over the pitch, I asked them to bring their A-game and they did – that’s what I want to see on a regular basis.

“There’s still a lot of work. Celtic are a good team, have a good manager, but the first half of the season has gone very well.

“But today is about the supporters. They need to enjoy the night and the next couple of weeks, because they haven’t had bragging rights in this city in a long time.”