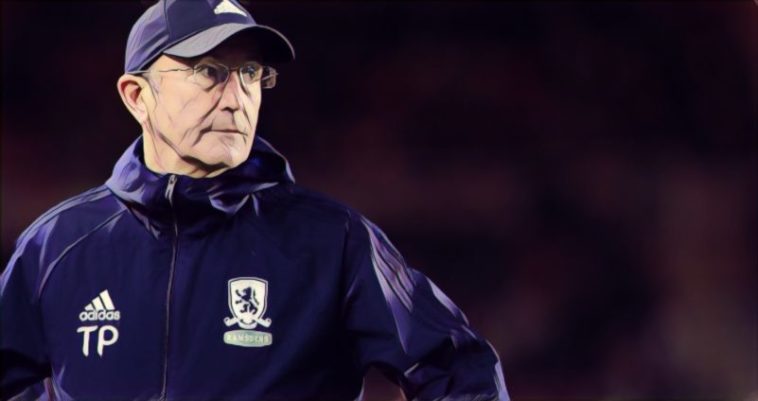 Tony Pulis has given a frank assessment of his Middlesbrough side’s defending, claiming they were ‘really poor’ in the first half in their 1-1 draw with Derby County.

Pulis’ men conceded an own goal early on through George Friend, and had to rely on a late equaliser from a Derby goal to take away a point from the game.

In his post match press conference, Pulis was quick to comment on his side’s first half defensive performance.

“Openly and honestly I thought first half we played really, really poorly, we were on the back foot,” Pulis told his post-match press conference.

“The disappointing thing is we did some work this week and talked about getting up to the ball but we started on the back foot.

The former Stoke City manager lamented the lapses in concentration from some of his defenders, and singled out the errors his side made.

But, the manager made sure he praised goalkeeper Darren Randolph for his heroics in keeping Boro in the game.

“We got really sloppy, (Aden Flint) Flinty played a ball out, then (Paddy) McNair flicks one out, we get Mo Besic doing a Cruyff turn on the edge of the box and then Clayts (Adam Clayton) has three or four touches and that just gave them the momentum. To be honest Randolph has kept us in the game.” He continued.

Despite their first half issues, the former Premier League outfit responded in the second half to make sure they secured a point from the test.