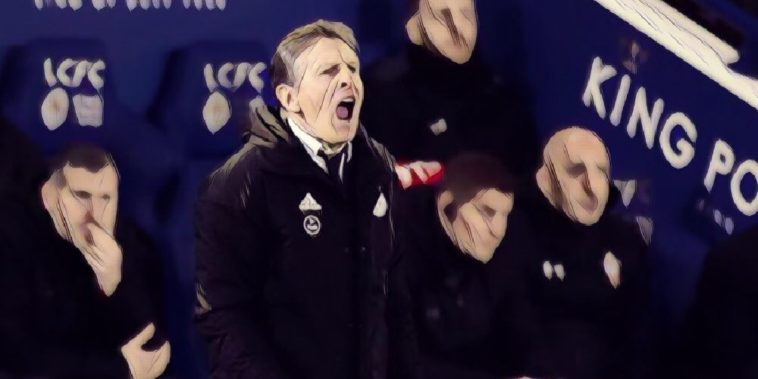 Leicester City boss Claude Puel maintains that he is not feeling the pressure after his side slipped to a 2-1 home defeat against Southampton at the King Power Stadium.

Puel claimed to be simply focused on the task at hand and not worried about what others might be thinking regarding his job security, as speculation continues to mount about his future at the King Power.

“It’s not my concern, no comment. I’m just focused and concentrating on my team.’’ Puel told BBC’s MOTD.

“I want to work with these players. It’s football. The fans are like us – disappointed and frustrated.”

Regarding today’s home defeat to relegation threatened Southampton, Puel felt it was a very disappointing response from his side after the Newport defeat.

“It’s a big disappointment. We wanted to give a good response after the FA Cup against Newport.

“It’s difficult to accept the second goal we conceded. We had a lot of chances and opportunities.

“It was important to try and manage this game with intensity in our passes. It was difficult to be clinical and maybe we needed a bit more movement in the box.

“It’s important to find good moves and understanding and communication.”

Leicester travel to play Wolves at Molineux next Saturday before then facing league leaders Liverpool at Anfield at the end of January.