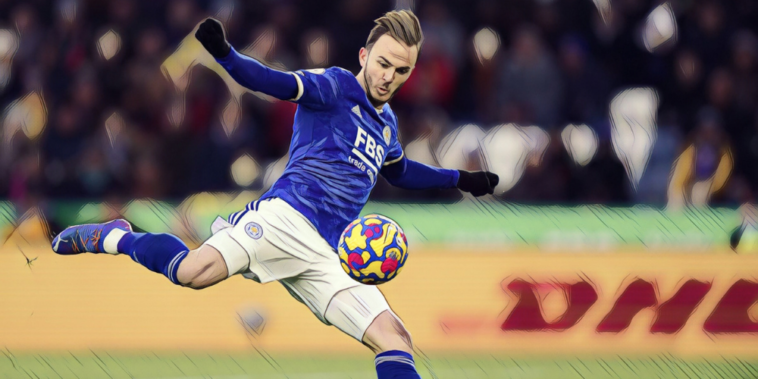 Michael Carrick made a statement with his team selection for Manchester United’s trip to Chelsea, naming Cristiano Ronaldo amongst the substitutes ahead of the clash with the league leaders at Stamford Bridge.

The caretaker boss opted to name the club’s leading scorer and five-time Ballon d’Or winner on the bench, before watching his side secure a 1-1 draw with Jadon Sancho opening the scoring for the Red Devils.

Ronaldo’s return to Manchester United has divided opinion this season despite the Portugal captain’s impressive goal record, and led to a heated exchange in the Sky Sports Studio as Roy Keane and Jamie Carragher went head-to-head on his signing.

Things got VERY heated between @Carra23 and Roy Keane as they discussed Cristiano Ronaldo's role at Man Utd 🤬pic.twitter.com/uMBi3jSSvO

Much of the debate surrounding Ronaldo’s role has centred around his lack of pressing from the front and whether the 36-year-old’s individual brilliance can compensate for his impact on the side’s style.

With Ralph Rangnick – a man famed for his passion of high-intensity pressing football – expected to be formally announced as the club’s new interim manager this week, it is a debate likely to surface once again in the near future.

Leicester secured a much-needed three points this week after beating Watford 4-2 at the King Power Stadium, ensuring Claudio Ranieri’s return to the club ended in defeat.

The result moved Leicester back into the Premier League’s top half after a mixed start to the season and included another impressive performance from James Maddison.

Maddison starred during the midweek win over Legia Warsaw in the Europa League and was central to the Foxes’ success once again against Watford, the midfielder the creative hub of the side and involved in the best moments for Brendan Rodgers’ side.

James Maddison’s first half vs. Watford by numbers:

The 25-year-old capitalised on a defensive mistake to open the scoring with just his second Premier League goal of the campaign, before providing the ammunition for Jamie Vardy to net a clinical brace against the Hornets.

His first assist came with a delicate ball into the path of the onrushing forward, before a whipped set-piece delivery was headed home by Vardy to put Leicester in control.

Remarkably, his pair of assists were his first in the Premier League this season and Leicester will hope this is the start of Maddison rediscovering his trademark confidence and creativity.

It was a goal that ultimately counted for nothing, but Manuel Lanzini’s stunning strike for West Ham takes our Goal of the Week accolade.

In the closing stages of the Hammers’ 2-1 defeat at Manchester City, the substitute lashed home a dipping effort from outside the area to provide David Moyes’ side with some consolation at the Etihad.

The 28-year-old has struggled for opportunities in the Premier League this season, but is a player capable of the spectacular when in the mood.

Pierre-Emerick Aubameyang has enjoyed an excellent goalscoring record against Newcastle in recent seasons, with the forward heading into this weekend’s clash having netted five times in just seven previous appearances against the Magpies.

The Gabon international spurned the simplest of opportunities to improve that record during Arsenal’s 2-0 win at the Emirates this weekend, however, somehow turning this close-range effort against the post.

How did he not score there!? 🤯

Aubameyang’s miss takes our dishonourable award this week, though Neil Maupay can count himself fortunate to avoid selection after miscueing a glaring opportunity over the bar during Brighton’s goalless draw with Leeds.

The Seagulls’ wastefulness around goal proved costly once again, with Maupay missing the pick of their clear-cut chances at the Amex.

Trent Alexander-Arnold added another assist to his increasing collection during Liverpool’s 4-0 win over Southampton this week, his corner turned home by Virgil van Dijk.

The assist was Alexander-Arnold’s fourth in his past three appearances and 40th in the Premier League overall, a staggering statistic for the 23-year-old who became the third-youngest player in the division’s history to reach the total.

Given both the names ahead of him operated in advanced positions further up the pitch, it is a testament to the incredible consistency and productivity of a right-back who has taken attacking contributions to new levels.

Liverpool continued their prolific start to the season after thrashing Southampton 4-0 at Anfield, with the Reds’ 39 goals from 13 games their highest ever total at this stage of a top-flight season.

It was a difficult afternoon for the Saints’ defence with Jan Bednarek particularly struggling, the centre-back continually conceding possession and failing to deal with the lively movement of Diogo Jota.

The Poland international looked uncomfortable throughout alongside debutant Lyanco and was hooked at half-time as Southampton found themselves three goals down at the break.

Everton’s beaten team at Brentford also contained its own number of candidates for this award, as Rafael Benitez’s side extended their winless run to seven Premier League fixtures.

Salomon Rondon once again failed to make an impact at centre-forward, the summer signing having been a major disappointment during his time deputising for the injured Dominic Calvert-Lewin.