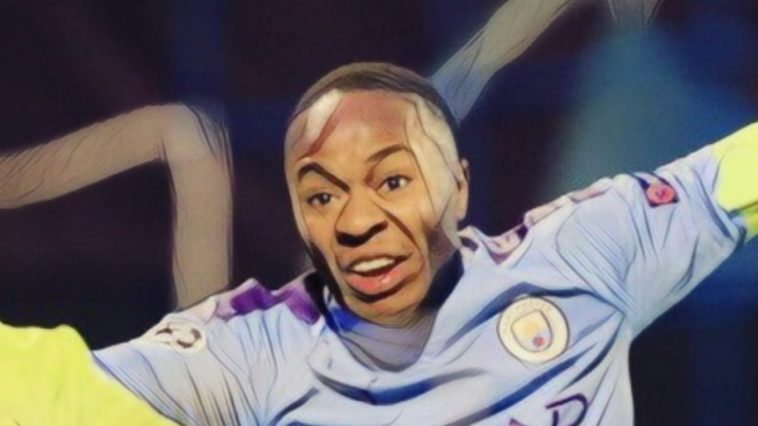 The best and funniest tweets from the world of football this week, featuring Alex Iwobi dabbing out of nowhere, Raheem Sterling pulling a face, and Luke Shaw roasts former teammate Romelu Lukaku.

Emery throwing shade at those who mocked his grasp of English.

Ornstein | Emery was aware that his grasp of English was becoming a source of public humour — specifically his pronunciation of ‘good evening’ — and though it did not overly bother him, he wondered whether many British people would go to Spain and try their best to speak Spanish.

He might not be gone for long though, and he could even reunite with Alex Iwobi.

The Nigerian is so respectful of others he dabs when someone dribbles past him.

Iwobi actually dabbed after N’Golo Kante dribbled past him 😂😂😂pic.twitter.com/UrjC1vUdgf

This is a pretty decent impression, we have to say.

Phil Jones would be proud 😂😂😂 pic.twitter.com/tiWXXYgCxm

Lukaku is never going to recover from this put down.

And there are some very good teams in the draw for the last 32.

During election week, I think Hector Bellerin might not be a Boris Johnson fan.

Young people across the world have a chance to change what the future can be. Today's the chance for all the British people to influence what your future & those living here holds. #FuckBoris #GoVote pic.twitter.com/epHbI3sdNw

The Premier League are taking VAR in new and exciting directions.

the little dance the deer does when he scores the goal tho pic.twitter.com/Q3j60fg06M

Show me a better post-match interview than this. I’ll wait.

The most relieved man in Hampden Park!

Fair to say Jeremie Frimpong was delighted to be picking up his first Celtic winners' medal.

One of the all-time post-match interviews! 😂 pic.twitter.com/kzp0l2h4AZ

Read: Lampard’s honeymoon period is over at Chelsea

Tactical Analysis: How Leicester are building a title challenge