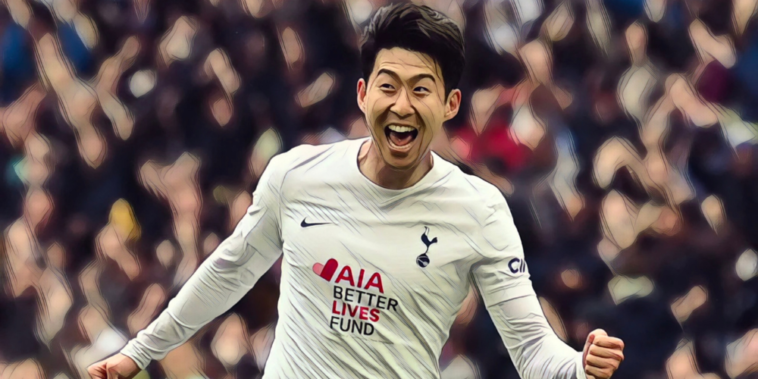 Once again we’re back with our Premier League Team of the Week, as we delve through the latest action and compile an XI of the weekend’s best performers.

There was a huge win for Everton as Frank Lampard upset his old side, with the Toffees in desperate need of points after Burnley continued their recent momentum with another vital win.

Manchester City and Liverpool remain separated by a point at the top of the table after each secured away wins this weekend, whilst Tottenham and Arsenal maintained their respective pushes for Champions League football.

Elsewhere, Norwich’s relegation was confirmed after losing at Aston Villa and Brighton secured an impressive away win at Wolves.

Everton headed into the clash with Chelsea knowing a win was required, having fallen five points behind Burnley and Leeds in the race for Premier League survival.

Frank Lampard’s side upset the odds to record a 1-0 win at Goodison Park and had Jordan Pickford to thank for emerging with three points, the England goalkeeper in inspired form included a sensational Save of the Season contender.

Pickford raced across his goal-line to get two hands to Cesar Azpilicueta’s effort with the goal gaping, before another brave stop saw Antonio Rudiger denied from point-blank range.

When Everton needed him most, England’s number one delivered this weekend.

Asked to deputise at right-back once again with Trent Alexander-Arnold rested at Newcastle, Gomez was again a solid presence in his less favoured full-back role.

The 24-year-old has had a challenging season amid fierce competition for places at Liverpool, but has not looked out of placed during his limited appearances and was comfortable and confident at St James’ Park.

Alexander-Arnold’s uniqueness makes him an impossible talent to replace but Gomez has been excellent on each occasion he has stepped into the team.

Having only played 14 Premier League minutes before February, his recent performances offer hope that he can regain a more prominent role in Jurgen Klopp’s plans.

Cristian Romero’s excellent first season with Tottenham continued with another colossal showing this weekend, the centre-back in fine form as the North Londoners beat Leicester 3-1.

The Argentine made several vital blocks and crunched into challengers, including a thudding tackle that set Spurs away for Son Heung-Min’s first goal of the game.

Romero is fast emerging as one of the Premier League’s best defenders and looks set to be a cornerstone of Antonio Conte’s side moving forward.

Mikel Arteta labelled Rob Holding as his side’s man of the match after Arsenal earned a hard-fought win at West Ham, a result which moved the Gunners back above Tottenham and into the top four.

Holding was dominant in the air and made a huge seven clearances for the North Londoners, whilst the centre-back found the perfect time to score his first ever Premier League goal.

Class in both boxes. 📦 pic.twitter.com/o66quZseti

Remarkably, it was his first league goal since finding the net for Bolton against MK Dons in 2016 and keeps Arsenal ahead in the race for Champions League football.

Cucurella has been a fantastic signing for Brighton and produced another impressive outing in the club’s 3-0 win a Wolves, a performance full of the relentless running and quality in possession that has defined his debut season.

The Spaniard has thrived in various roles down the left for Graham Potter this season and his £15m fee has proved another shrewd signing from the Brighton boss, with Cucurella’s consistency having seen him emerge as arguably Brighton’s Player of the Season.

Against Wolves he led his Brighton teammates for passes completed (56/64), final third passes (15/19), combined tackles and interceptions (6) and completed dribbles (3).

It’s one defeat in six for Brighton who continued their improvement with a 3-0 win at Wolves, the Seagulls overrunning Bruno Lage’s side with their new-look midfield trio taking centre stage.

Yves Bissouma was at the heart of their success and has formed a brilliant balance with Enock Mwepu and the emerging Moises Caicedo, with the Mali international dominant on his return from a two-game suspension.

Another good win 🤩
Thanks to God 🙏🏾 #YB8 🦍 pic.twitter.com/9vQFDhKaXF

Bissouma made five ball recoveries, four tackles and completed 89% of his passes at Molineux, capping a fine performance with a well-taken third goal for the visitors.

There will be a number of teams considering an approach for Bissouma this summer, as the midfielder enters the final 12 months of his deal with Brighton.

Jurgen Klopp’s post-match interview was full of praise for James Milner following his role in Liverpool’s 1-0 win at Newcastle, with the veteran midfielder coming back into the side to impress at St James’ Park.

“I told him nothing we have achieved in the last few years would have happened without James Milner. Whether he is on the pitch or not. That’s because he sets standards in a way not a lot of people can.”

Big away win at a tricky place to go, we keep pushing 💪#loveitnabylad#YNWA pic.twitter.com/G5kl5osO5U

Milner’s inclusion came as a surprise but he justified his selection, leading the press with an energy and tenacity that defied a 36-year-old with two decades of Premier League football behind him.

Milner’s crunching challenge regained possession in the build-up to the game’s only goal and he ended the contest with four key passes, four tackles and four duels won.

Arguably in his preferred position as a number ten, Foden was at his creative best during Manchester City’s emphatic win at Leeds.

The 21-year-old’s subtle touches and vision helped open up the home side’s defence and he ended with two assists as the champions returned to the top of the Premier League table.

He created the first goal with a floated free-kick that was met by Rodri, before turning in midfield and driving forward to set up Gabriel Jesus for City’s third goal of the evening.

It’s now 77 G/A in just 101 career starts for City, a remarkable return of productivity for a footballer getting better and better.

Two goals and an assist for Son who inspired Tottenham’s win over Leicester, with the South Korean first creating the game’s opening goal as his corner was headed home by Harry Kane.

Son then took his turn to get on the scoresheet with a sharp turn and finish, before saving the best until last with a wonderful bending effort into the top corner from distance.

The 29-year-old has now scored 19 league goals for the North Londoners this season, the best return of his career in the Premier League.

Another goal and another performance of hard-running after switching into a central position, Jesus was a stand-out performer as Manchester City thrashed Leeds 4-0 at Elland Road.

The Brazilian worked selflessly as the club’s centre-forward and took his goal in confident fashion, extending his recent record to six goals in his last three appearances for the Premier League champions.

Jesus has been accused of lacking a clinical touch in the past but has found his form at present, a welcome boost for City who moved a step closer to retaining their Premier League crown at Leeds.

Aston Villa returned to winning ways with a 2-0 win over Norwich this weekend, a result which condemned the Canaries and former manager Dean Smith to a place in the Championship.

It was a Smith signing who did the damage for Steven Gerrard’s side, with Ollie Watkins opening the scoring with his ninth Premier League goal of the campaign.

It was an almost quintessential Watkins goal as the forward latched onto Danny Ings’ long pass, showing desire and determination to escape the attentions of Brandon Williams and Sam Byram before lashing home.