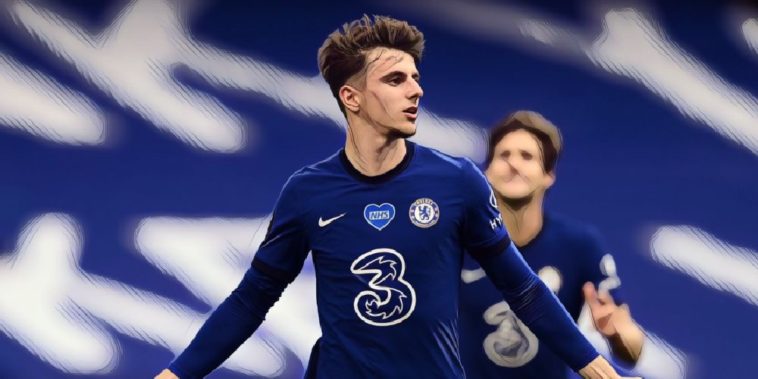 For the final time in the 2019/20 season, we bring you our Premier League Team of the Week. It took a long time to finally get to matchday 38, but it arrived and we can start looking forward to next season.

It’s probably easy keeping a clean sheet when you’re up against the worst team in the league, but it did put Ederson over the top for the Golden Gloves ahead of Nick Pope, whose Burnley team conceded twice against Brighton. The Brazilian shot stopper was made to work for his shutout though, making four saves against Norwich City, the joint-most of any goalkeeper on Sunday.

? Ederson has kept the most PL clean sheets this season (16)

With so much focus on fullbacks at other clubs this season, it’s kind of forgotten how much of a good attacking fullback Kyle Walker can be at times. No defender made more successful passes in the final third than he did on Sunday, completing 33 out of 35 attempts, which is a simply ridiculous success rate. He also assisted Kevin De Bruyne for his first goal, playing more in a number ten role than out wide for the pass.

?️ The top three quickest players in the Premier League this season…

Five things we learned from the final day of the season

So the goal Liverpool conceded in the first minute of the match was strange, poor and not the kind of thing their defence has been known for all season, but they did keep a tight ship after that, restricting Newcastle United to just three shots – the lowest of any side this past weekend.

The caveat here, of course, is that it’s Newcastle, one of the weakest attacking units in the division, but with a weakened starting XI there was always the chance that Liverpool would be more susceptible on the day. They held firm, however, and ran out 3-1 winners.

Virgil van Dijk may have gotten a goal, but Joe Gomez did the dirty work, making 14 recoveries – only Bournemouth’s Diego Rico (16) made more on Sunday. He also completed four clearances and four interceptions. Before the season Joel Matip was presumptive first choice to play alongside Van Dijk, but the English centre-back established himself as an undroppable member of the first team.

Just a reminder that we paid £3.5m for Joe Gomez and got Matip in on a free while United paid £80m for Harry Maguire. ?? pic.twitter.com/GzsVLlVAzG

Of the three teams who kept clean sheets on Sunday, Chelsea arguably had the toughest opponent in Wolves, but they restricted the Europa League-chasing outfit to potshots on a day when they came out two goal victors.

Wanderers only had five shots in the entire match, with just one of them being on target and only two of which were from inside the box – the second lowest of any team this past weekend behind Newcastle. The in-form Raul Jiménez was nullified, taking one shot all game from around 35 yards from goal, while Adama Traore was completely shut down with no shots or key passes.

Kurt Zouma was central to this impressive defensive performance; no one in this match made more than his ten recoveries, while he also chipped in with six clearances and two interceptions. His positioning was also on point, as he didn’t have to make a single tackle all game.

In all-round terms there were probably better left-backs this past weekend than Kieran Tierney, but the Scot provided one assist from a throw-in and scored his first career goal for Arsenal in a 3-2 win over Watford.

The fullback had a slow start to life with the Gunners during a difficult season for the north London club, but he has all the tools to make a big impact next season.

? Until next season, @premierleague!

No matter what the Football Writers’ Association tell you, Kevin De Bruyne is the best player in the Premier League. And he proved it with yet another stellar performance on Sunday.

The Belgian finally equalled Thierry Henry’s record of 20 assists in a single season, while his two goals brought his total goal involvements for the campaign to 30. His overall performance was incredible, with his desperation to break the record crystal clear; he made ten key passes against Norwich City, a record for a single match this season. He also made the most final third passes of any player in the league this weekend, completing 33 out of 44. Sublime.

It's a beauty from Kevin De Bruyne! ?

A fantastic strike from the Belgian puts City two up!

In a season where Chelsea have oscillated from one extreme to another, their midfield put in the kind of solid performance needed from them at the most important juncture. The Croatian international completed 91% of his passes on the day, while he was also a rock in the middle of the park, making six tackles. Perhaps most impressive, however, was his ability to evade Wolves’ pressing, repeatedly dodging their attempts to dispossess him.

If Kovacic provided the balance, then Mason Mount provided the spark, contributing a goal and an assist to Chelsea’s all-important victory. The Englishman netted a superb free-kick in the 45th minute, before setting up Olivier Giroud for the second just on the stroke of half-time.

His team may have been relegated on the final day, but Danny Welbeck went down swinging. The forward scored Watford’s second of the afternoon to give them hope of staying up and he kept banging on the door, taking six shots – the most of any other player across the league on Sunday. No player bettered his three shots on target either, while his 1.38 expected goals were only surpassed by Pierre-Emerick Aubameyang.

For the longest time Che Adams was looking like a busted flush, a transfer flop in a dire season for Southampton. But both he and the club turned around their fortunes in the second half of the campaign and can look forward to next season with genuine excitement.

The striker netted a brace against Sheffield United to give the Saints one last win of the season, giving him four goals in eight appearances since the restart. With himself, Danny Ings, and Michael Obafemi coming through the ranks, the 2020/21 season could be a very fruitful one for the south coast outfit on the attacking front.

And to think he was on the verge of moving to Leeds United in the Championship back in January.

What a way to finish a great individual campaign for the Gabonese international. Pierre-Emerick Aubameyang equalled his tally for last season after his brace against Watford took him to 22 goals, although he missed out on retaining the Golden Boot by a single goal to Jamie Vardy.

It was Arsenal’s worst season in the Premier League since their 12th-placed finish in 1994/95, but Aubameyang was yet again the club’s shining light. His assist for Tierney’s goal took his goal contributions up to 25 for the season – imagine just how poor the Gunners would be without him.

⚽ No player has scored more PL goals than Pierre-Emerick Aubameyang since his debut in the competition in February 2018 (54) pic.twitter.com/BtaWUc0j6Y