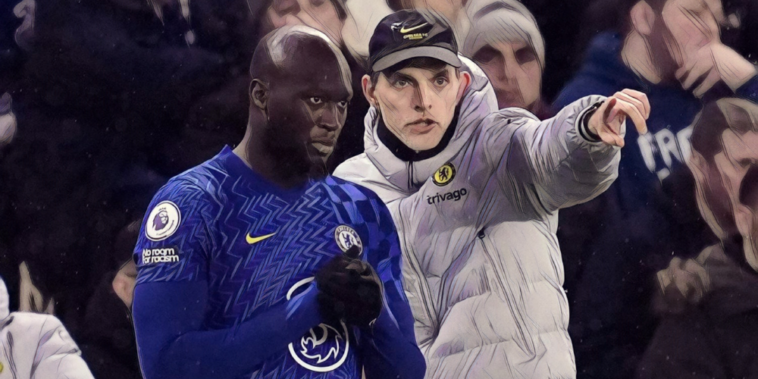 Manchester City head into the first fixtures of 2022 as the Premier League leaders and will be hoping for an 11th consecutive win as the defending champions travel to Arsenal on New Year’s Day.

Chelsea and Liverpool meet in a huge clash on Sunday with both sides looking to keep pace at the top, whilst there is an appealing London derby match-up between Crystal Palace and West Ham.

Elsewhere Watford meet Tottenham, whilst Manchester United host Wolves on Monday evening as the Red Devils look to improve their chances of a top-four finish.

Arsenal will head into 2022 in optimistic mood with the Gunners fourth in the division at present, a run of four consecutive wins having lifted the north Londoners into the Champions League places.

Their start to the New Year could hardly be tougher, however, with Manchester City’s title juggernaut arriving at the Emirates in search of an 11th consecutive league win.

Arsenal picked up just one Premier League point less than Liverpool in 2021 👀 pic.twitter.com/CZ93TvSBfO

Arsenal have endured a torrid recent record against this weekend’s opponents and have lost 11 of the past 12 meetings across all competitions, an FA Cup semi-final win in July 2020 their only positive result in that period.

Mikel Arteta’s youthful side are brimming with confidence at the moment and the Spaniard has so far resisted the temptation to upset the balance and accommodate each of his forward talents in the same side.

Emile Smith Rowe has settled for a place on the bench despite three consecutive goalscoring appearances as a substitute and will be hoping for a recall this weekend.

Arsenal – who will be without a number of their coaching staff after positive Covid-19 tests – have the pace and energy to trouble the champions, but City are the team to beat in the Premier League this season and will pose the Gunners with a real test of their Champions League credentials.

Much has been made about Liverpool’s loss of Sadio Mane and Mohamed Salah to Africa Cup of Nations duty in January, but Watford were amongst the sides set to be worst affected with both Ismaila Sarr and Emmanuel Dennis expected to be called up to international duty.

That duo have accounted for more than half of the Hornets’ goals this season, with Dennis having starred since his summer arrival from Club Brugge. Only Salah has been directly involved in more goals than the Nigerian and Watford have been boosted with his omission from the Super Eagles’ squad for the tournament.

⚽️ Most goals and assists combined in the Premier League this season:

The Nigerian Football Federation says the decision has been made as his club are ‘baring fangs’ over his inclusion, with Watford having won a club-against-country row to keep Dennis for their relegation fight.

Claudio Ranieri’s side face Tottenham this weekend and will be hoping to address a concerning run that has them second-bottom of the Premier League’s form table across the past six games.

David Moyes’ transformation of West Ham has been a masterstroke of shrewd signings and intelligent tactics, replacing the previous toxicity with a core of players focused on bringing success to the Hammers.

Amongst his best additions has been the arrival of Jarrod Bowen, who has been touted for an England call-up following an excellent start to the campaign.

😳 14 G/A in all competitions this season…

The 25-year-old was watched by several top-flight sides before West Ham took a chance on the former Hull City winger, who has stepped up from the Championship impressively across the past two seasons.

Bowen was superb in the 4-1 win over Watford last time out, providing two assists and winning a penalty in a livewire performance down the Hammers’ right flank.

Liverpool are rumoured to be interested in a player who has 10 goal involvements (3G, 7A) from 18 league starts this season.

There have been encouraging signs during the first weeks of Steven Gerrard’s reign at Aston Villa, including the return to form of Ollie Watkins.

Watkins is looking more like the player of last season after an injury-impacted start to the campaign, scoring three times in his past six appearances and troubling defences with his hard-running and movement.

The 26-year-old impressed despite defeat to Chelsea last time out and will face his former side this weekend when Villa travel to face Brentford.

Set aside 𝟵:𝟮𝟭 of your day to enjoy every single one of the birthday boy's Premier League goals. 👏 pic.twitter.com/zAMnBHA3GX

It was the Bees who first spotted the potential in Watkins after signing the forward as a teenager from Exeter City, before developing his talents and selling him on to the Premier League for a huge profit.

He will be keen to remind Brentford of his capabilities as Villa look for a fifth win in eight matches under Gerrard’s management.

Everton will hope their recent run of postponements can benefit a squad that has been down to its barebones in recent weeks, with the Toffees having not featured since a 1-1 draw at Chelsea in mid-December.

That period has allowed Dominic Calvert-Lewin additional time in his recovery from a toe problem, the England international having not featured since August during a season ravaged with injury.

The 24-year-old started the season in fine form with a goal in each of his first three appearances before his fitness setbacks, and Rafael Benitez will be delighted to welcome Calvert-Lewin back into the fold against Brighton this weekend.

His presence provides Everton with energy and an aerial target further forward, having struggled in his absence with replacement Salomon Rondon producing a series of underwhelming showings.

All is not well at Chelsea with just one win from four Premier League fixtures, the conceding of a stoppage-time equaliser to Brighton in midweek having seen the Blues fall further adrift in the title race.

Thomas Tuchel’s plans have been further complicated with Romelu Lukaku’s public comments, the forward having suggested his unhappiness with life at the club during an interview with Sky Sports Italia.

Tuchel described Lukaku’s interview as ‘unhelpful’ and it remains to be seen whether the Belgian is disciplined, ahead of a huge clash in the Premier League as Liverpool visit the capital this weekend.

The two teams are second and third in the division at present and neither can afford to drop points, leaving Tuchel with a headache on Lukaku’s selection.

The 28-year-old has netted in each of his past two appearances and remains Chelsea’s lead source of goals, but he has no doubt irked his manager with his public announcement of his frustrations.

Ralf Rangnick’s early reign as Manchester United’s interim manager has been one of largely positive results and unconvincing performances, but the German was pleased with his side’s showing after a 3-1 win over Burnley in midweek.

Rangnick described the attacking performance as the best of his reign so far, after he made six changes following a poor performance in the draw at Newcastle.

Those changes included the freeing of Scott McTominay from midfield, the Scotland international opening the scoring and regularly taking sight of goal during an encouraging showing.

With Jadon Sancho also appearing to grow in confidence and influence, the Red Devils’ supporters will hope this is the start of a push towards the Champions League places ahead of Monday’s home clash with Wolves.

Manchester City are the only side to have taken more than United’s 14 points across their past six games and there is a foundation on which to build for Rangnick and his side.