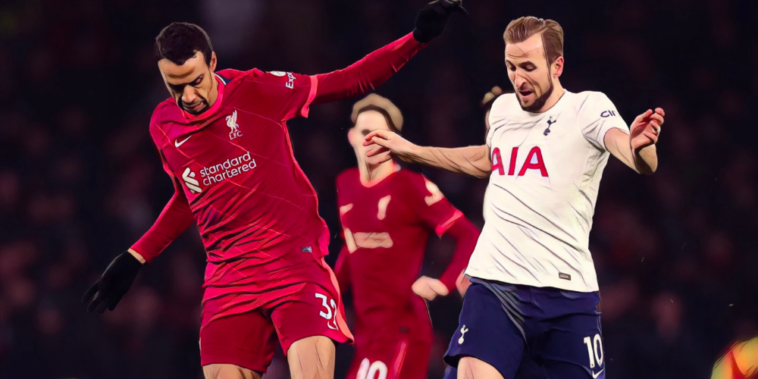 Liverpool return to domestic action after reaching the Champions League final in midweek, with the Reds taking on Tottenham in a game neither side can afford to lose.

There were midweek disappointments in Europe for Manchester City, West Ham and Leicester, as each look to bounce back and finish the Premier League season strongly.

Elsewhere Burnley, Everton and Leeds battle to beat the drop, with the latter taking on Champions League chasing Arsenal at the Emirates.

Here are eight talking points ahead of the Premier League’s weekend football.

Eriksen’s future up in the air

Christian Eriksen has been a revelation since making his remarkable return to football, helping Brentford climb away from the Premier League’s relegation places with an impressive run of form.

Before Monday’s defeat at Manchester United, Brentford had remained unbeaten in all six games the Denmark international had started (W5, D1) with no teammate having created more chances than the midfielder.

Eriksen signed just a six-month deal with the Bees and will be out of contract this summer, with Brentford facing a fight to keep hold of the midfielder given his showings this season.

Fabrizio Romano this week confirmed that three clubs were ‘working on’ a potential free transfer deal for the 30-year-old and Brentford should perhaps enjoy Eriksen whilst they can, given bigger clubs are already circling.

Chelsea take on Wolves this weekend in a meeting of the out-of-sorts sides, each in the final stages of seasons that had promised so much but have started to fizzle out.

Thomas Tuchel’s team remain third in the Premier League, but have won just one of their last four games to provide both Arsenal and Tottenham with hope of catching their London rivals.

Arsenal are just three points behind Chelsea with Spurs a further two back and Tuchel must find a way to get his side back on track across the final fixtures of the campaign.

Wolves have also stuttered in recent weeks to lose four of their last five, including a 3-0 humbling at home to Brighton last weekend that saw Bruno Lage criticise his team’s character and desire.

Both managers will want a response this weekend, with Chelsea needing to find their form ahead of an FA Cup final meeting with Liverpool on May 14.

The Blues’ squad has places to play for at Wembley.

Brighton to dent another European hopeful?

After a run of six straight defeats across February and March, Brighton have rediscovered their form to reignite hopes of a top 10 finish.

The Seagulls have won three of their past five games, with each win having come against teams with hopes of securing European football.

Impressive away wins at Arsenal and Tottenham were followed with arguably a season-best showing to thrash Wolves last time out and confidence will be high ahead of Manchester United’s visit to the Amex Stadium this weekend.

United were improved to beat Brentford in their final home game of the campaign last time out, but the trip to Brighton represents a banana skin for a side yet to guarantee Europa League football for next season.

For the second time this century Liverpool will play in every available fixture in a season, having become the first English team to reach the Champions League, FA Cup and Carabao Cup final in the same campaign.

This, however, is of a little more magnitude.

The only manager to have led an English club to League Cup, FA Cup and Champions League finals in the same campaign ❤ pic.twitter.com/d0iluZNbV7

Jurgen Klopp’s team now have a real chance of unprecedented history in winning all four major trophies, with just a point separating the Reds from Manchester City in the title race.

This weekend’s clash with Tottenham shapes as one of their most difficult assignments of the run-in, facing an unpredictable team in need of a win themselves and with an in-form Harry Kane and Son Heung-Min in their ranks.

It should prove fascinating viewing at Anfield.

Arsenal host Leeds in the Premier League this weekend looking to secure a fourth consecutive win, with victories over fellow hopefuls Manchester United, Chelsea and West Ham having placed the Gunners in pole position for Champions League qualification.

Leeds are in need of points for their own reasons as Jesse Marsch’s team battle relegation and Arsenal will be wary of a side who have historically upset their ambitions in the Premier League era.

Jimmy Floyd Hasselbaink’s goal memorably secured Leeds a 1-0 win in the penultimate game of the 1998/99 campaign, a result which allowed Manchester United to take the title by a single point on their way to a historic treble.

Four seasons later, a relegation-threatened Leeds won a thriller at Highbury to end the Premier League title hopes of Arsene Wenger’s side once again.

Agonisingly close to a Champions League return, there will be hope that there is not a repeat of coming unstuck against this weekend’s opposition.

West Ham’s hopes of winning the Europa League came to a disappointing end on Thursday, as Aaron Cresswell’s early red card contributed to their second leg loss at Eintracht Frankfurt.

It was a tough night for a Hammers side who have exceeded expectations this season, though Moyes must ensure his team bounce back and finish the Premier League campaign strongly.

"It’s heartbreaking. There’s something special about West Ham fans. How much they care about you, how they treat you. I’m proud to play in front of them. It’s not meant to be, but a big thank you for your support.”

West Ham are seventh in the division at present, six points behind Manchester United in sixth with a game in hand on the Red Devils.

Sixth will be enough to secure another crack at the Europa League next term, though the Hammers must also be wary of Wolves behind them and losing their current Europa Conference League place.

West Ham travel to already-relegated Norwich this weekend and can afford nothing less than three points at Carrow Road.

Everton can end away day woes at Leicester

Everton’s 1-0 win against Chelsea last weekend was monumental given their current predicament, with the Toffees having found themselves five points from safety as Burnley’s bounce continued last weekend.

Frank Lampard’s team upset the odds to edge a narrow win and now must address their woeful form on the road to climb out of the Premier League’s relegation places.

Everton have won just once away from home in the Premier League this season – at Brighton in August – but will fancy their chances against a deflated Leicester side coming off a European exit.

The Foxes’ trip to face Roma in the Europa Conference League semi-finals means the Toffees have additional freshness and focus to their advantage on Sunday.

City’s season on the line against Newcastle

It was another unfortunate end to a European campaign as their wait for Champions League success goes on and leaves Pep Guardiola’s side with only the Premier League to focus on.

City lead the title race but have Liverpool in fine form behind them, the Reds having taken seven more points than the league leaders (34-27) across their last 12 games to close the gap.

Guardiola’s will need to ensure there is no hangover from his side – either mentally or physically – ahead of this weekend’s clash with Newcastle, a team City have enjoyed a fine recent record against but who have found form and confidence under Eddie Howe.