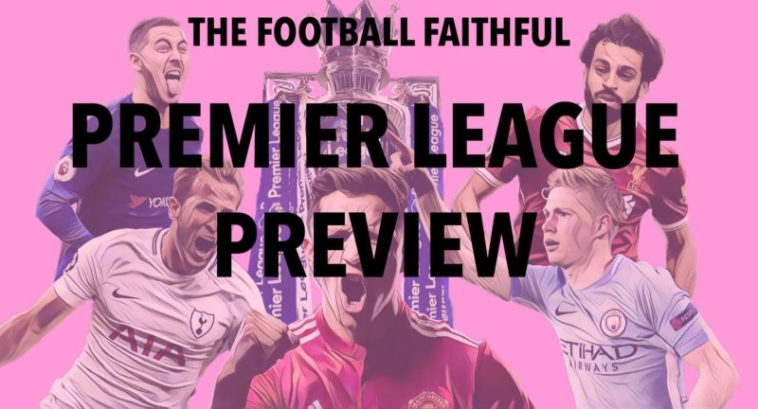 The Premier League returns this weekend, and we are pleased to bring you the latest match previews and betting tips for this weekend’s action.

Everyone wants to beat the bookies, so we have taken the time to check out the latest odds comparison to bring you the best tips for your bets.

Palace had a massive result against Huddersfield last time out to take them out of the drop zone, and with their excellent home form at Selhurst Park since Roy Hodgson’s appointment, as well as the return of their star man Wilf Zaha, the Eagles will fancy themselves to get a positive result in Saturdays early game.

Liverpool face a season defining couple of weeks, with another tough away fixture to Merseyside rivals Everton next weekend, wedged in between their Champions League quarter-final against Man City.

I fancy a well drilled Palace side to make life difficult for Jurgen Klopp’s men and come away with a point.

Brighton currently sit on 34 points and Chris Hughton will probably feel that another win will see his side within touching distance of securing their Premier League survival.

Claude Puel has done a superb job since taking over at Leicester in October, and The Foxes are probably the best team outside of the top six. However they are one of those few teams that are safe, but have no chance of European qualification, so despite their protestations about remaining professional, they don’t really have anything to play for between now and the end of the season.

This one may well come down to which team wants it more and with the crowd behind them, I fancy Brighton to get the job done, with their top scorer Glenn Murray amongst the goals.

Despite all the negativity around United in recent times, they have been sitting pretty comfortably in second place for the best part of six months now. This could potentially be a massive weekend for Mourinho’s side with rivals Liverpool having a tough away fixture, and the other top four hopefuls Chelsea and Spurs set to drop points when they meet on Sunday.

Carlos Carvalhal has been a revelation since his surprise appointment as Swansea boss at the turn of the year, and the Portuguese coaches have won plenty of friends with his off the wall press conferences. The Welsh side have been in excellent form in recent months and should have enough to stay up.

Romelu Lukaku has been in superb form for club and country as of late, and I fancy him to open the scoring here.

Newcastle seem to hitting a decent run of form at just the right time, and Rafa Benitez seems to be on his way to proving what a top coach he is by keeping a team packed full of Championship players up this season.

Sadly for Huddersfield their away record is absolutely pants, and their only hoping of beating the drop will be by picking up results at the John Smith Stadium.

Home win all the way here.

It’s pretty easy to sum up Watford since Javi Gracia took over at Vicarage Road a couple of months ago, excellent at home, useless on the road.

The Hornets look set to once again make a mockery of the long held notion that stability is essential for success by easily staying in the Premier League for another season.

Bournemouth are much like every other team outside of the top six in the league (except maybe Everton and Leicester), in that their main target at the start of each season is simply to stay in the division and anything else is a bonus. That is not to detract from the superb job Eddie Howe continues to do for the club however.

Both clubs go into this game on 36 points and barring a major meltdown both look safe, so I fancy a few goals in this one.

West Brom are a mess, from their clown of a manager, to their underperforming players, to the clubs board, who have mismanaged their finances so much that they cant even afford to sack a coach who seems completely incapable of getting any type of a reaction out of his players.

Burnley are having the season of a life time, making a mockery of my prediction that they would be relegated due to the high percentage of Irish players they have in their squad. If you’d spent the last few years attending Republic of Ireland games like I have, you’d understand why that really isn’t that unrealistic a call.

Unfortunately, I cant find odds for this to be the last game on Match of the Day, so a bore draw it is.

West Ham have picked the wrong time of the season for a on-and-off the pitch meltdown. Four losses in their last five games, and fan unrest mean the Hammers are starting to stink of a team heading for the Championship.

Looking through Southampton’s squad they have some real talent, and with a clinical striker they could easily find themselves a lot higher up the league.

The Saints new boss Mark Hughes really needs a win here as his side face a horrific run in, in which they will face Arsenal, Chelsea and Man City in their last seven games.

If the away side can nick a early goal at the London Stadium, the natives may well turn restless again, and that would play into Southampton’s hands.

I can’t stand Sam Allardyche and his big fat greedy face and hopefully this is the last time he ever manages in the Premier League.

Now thats off my chest, I can freely admit that the Toffees have actually been in excellent form at Goodison Park since the disgraced former England boss took over from Ronald Keoman earlier in the season.

Pep Guardiola’s Man City are a class act and to have the Premier League title wrapped up in March, is a testament to their brilliance.

I do however reckon the Citizens might well have one eye on their Champions League clash against Liverpool next week, and may rest a few of their key men here, allowing Big Sam to keep it tight and nick a point.

Arsenal ended a three game losing streak in the Premier League when they beat Watford last time out, although with their chances of finishing in the top four non-existent, Arsene Wenger will be putting all his focus on aiming to sneak into the Champions League via the back door or as it’s otherwise known the Europa League.

Paul Lambert has been saying all the right things since taking over at Stoke a few months ago, without getting much return in terms of positive results.

Arsenal should have too much quality for a Stoke side low on confidence, so enjoy these last few weeks in the Premier League Mr.Lambert as this was your last chance.

Arsenal and both teams to score 6/4

This really is a Super Sunday clash. Two London rivals that absolutely hate each other, fighting it out for a position in the top four.

If Chelsea lose it will be a remarkable fall from grace for the Stamford Bridge club and their manager Antonio Conte, who won the Premier League title at a canter last season.

Mauricio Pochettino refusing to rule out his star striker Harry Kane performing his own easter miracle and returning ridiculously early from an ankle ligament injury only seems to add to the intrigue surrounding this fixture.

Pochettino and his vibrant young side have won plenty of plaudits over recent seasons, and rightly so as they play a superb brand of high intensity football.

However there is no getting away from that fact that the Argentine coach has a stinking record away to the other members of the top six – one win in 19 attempts – and the fact they have not won at Stamford Bridge since 1990 means I’m smashing into the home side to pick up all three points in the biggest game of the weekend.