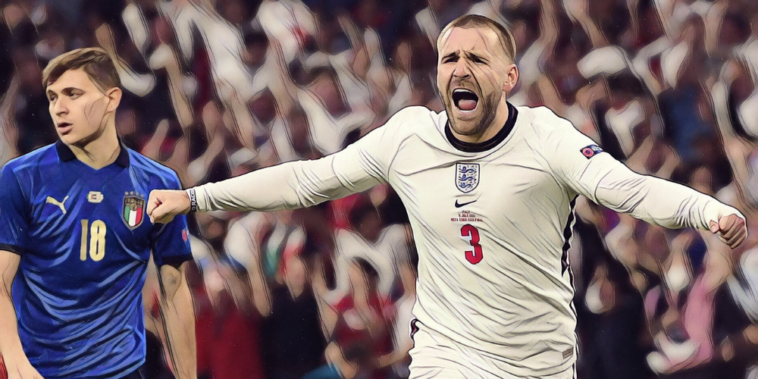 Roberto Mancini’s Italy side ultimately fought back to take the final to penalties and emerged triumphant following a tense shoot-out, the Azzurri deserving winners of the competition after an impressive tournament.

Shaw’s first ever England goal saw him become only the fourth Premier League player to score in a European Championship final and we’ve decided to look back at the other English-based players to achieve the feat.

Here are the four Premier League players to score in a European Championship final.

Fernando Torres remains the only player in history to have scored in two separate finals at the Euros, with the former Liverpool and Chelsea forward a key part of a Spanish side that set unprecedented standards on the international stage.

Torres arrived as part of a talented La Roja squad at the 2008 finals in Poland and Ukraine, having completed a brilliant debut season at Liverpool after signing from Atletico Madrid.

The forward scored twice during the tournament including the decisive goal in the 1-0 final success over Germany, as Spain ended decades of disappointment and a 44-year wait for a major international trophy.

Four years later and Torres – who left Liverpool for Chelsea in a £50m British transfer record deal in 2011 – formed part of the Spain squad that became the first to win successive European Championships.

Having also won the World Cup in 2010, La Roja became the first international team to win three consecutive major tournaments with Torres scoring three goals to win the Golden Boot despite a more peripheral role, coming off the bench to score in the 4-0 final win over Italy.

David Silva joined Torres in scoring during that latter final success against Italy, with the Manchester City midfielder opening the scoring during the 4-0 thrashing of the Azzurri in Kyiv.

Silva played a prominent role in Spain’s success, scoring in a group stage win over the Republic of Ireland before heading home Cesc Fabregas’ cross in the showpiece.

Silva was one of three Premier League players named in the tournament’s best 23-man squad at the conclusion of Euro 2012, joined by Man City teammate Mario Balotelli and Liverpool midfielder Steven Gerrard.

Three Premier League players scored during Spain’s victory over Italy in the final of Euro 2012, with Juan Mata joining Torres and Silva in scoring during La Roja’s convincing triumph.

The Chelsea midfielder was only introduced as an 87th-minute substitute for Man of the Match Andres Iniesta but put the gloss on Spain’s stunning success after turning home a stoppage-time fourth.

Mata fired into a gaping goal after being teed up by fellow substitute Torres, securing Spain the biggest winning margin in the history of European Championship finals.

Shaw picked the perfect time to score his first international goal after meeting Kieran Trippier’s cross in the second minute at Wembley, though it was not enough to secure England Euro 2020 victory as the Italians fought back to win on penalties.

The 25-year-old’s goal and England’s subsequent defeat means that Shaw is the first Premier League player to score in a European Championship final and end up on the losing side.