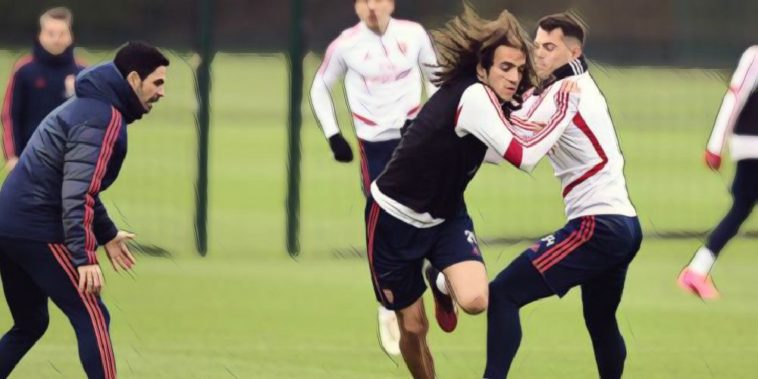 The Premier League is reportedly keen for clubs to resume ‘full contact training’ next week, but are set to face a challenge to convince players over the safety of the next stage of Project Restart proposals.

Each of the division’s 20 representative sides resumed training for the first time this week, though sessions were restricted to small groups and for limited time periods – all whilst maintaining strict social-distancing and safety measures.

Twice weekly mass testing is also being conducted on all players and staff, with Adrian Mariappa, two staff at Watford and Burnley assistant manager Ian Woan among six to test positive for coronavirus from the first round of testing.

The Premier League is still hoping to resume competitive fixtures by mid-June, though the restart proposals are facing several obstacles with a number of leading players having expressed their concerns over the safety of returning to action and a potential lack of match fitness when they do.

The Times is reporting that the Premier League is keen for clubs to return to full-contact training ‘by the end of next week,’ though will face a ‘significant effort’ in order to convince a number of players

Chelsea midfielder N’Golo Kante was this week granted compassionate leave by the club amid health fears, whilst Watford captain Troy Deeney has also confirmed he will not be returning to training due to concerns of potentially passing the virus on to his young son who suffers from breathing difficulties.

There is growing fears from black and ethnic minority players, with increasing evidence suggesting that Covid-19 is having a disproportionate effect on people from BAME background.

The Premier League now faces a severe challenge as it ramps up efforts to resume the season behind-closed-doors next month, with the initial restart date of June 12th looking increasingly unlikely, with managers and players also expressing their concerns at the insufficient amount of training, and the increased risk of injury upon football’s return.