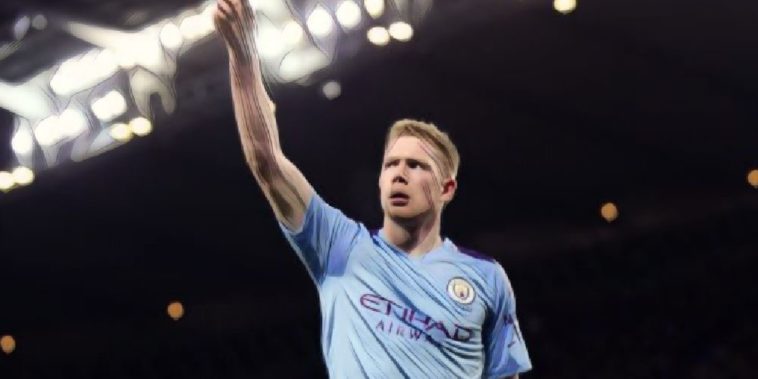 Here is how a number of the Premier League’s most notable injuries are shaping up ahead of the weekend’s fixtures.

The following updates are from all 13 of Friday’s pre-match press conferences ahead of gameweek 29.

Lucas Torreira has fractured his ankle and will face an extended period on the sidelines. Sead Kolasinac is also facing a lengthy spell on the sidelines after suffering a “significant” shoulder injury against Everton.

Kieran Tierney is back in training but won’t be ready for the weekend, while Cedric Soares is also some way off making his debut. There are no other major injury concerns at present.

Aston Villa manager Dean Smith says John McGinn is close to a return, although Monday’s game against Leicester is going to come too soon.

“He’s nearer, he’s trained with us,” said Smith. “We’ve not had him in contact as yet but he has been involved in possession sessions and some shape work as well.

“He has had a CT scan today to ensure there is a full union on the fracture. He’s certainly getting to where we want him to be. But he feels really good which is the important thing. He will be pushing me for Chelsea that’s for sure. Once he gets on that training ground he will move quickly.”

“We still have the long-termers absent: David Brooks, Arnaut Danjuma and Chris Mepham still haven’t rejoined the group and are still a way off,” he said.

“Lloyd Kelly has rejoined the group this week, which is a big lift for everyone.”

Frank Lampard said that he “hopes” Tammy Abraham will be available, although the Chelsea striker has not started training with the first team again yet. Winger Callum Hudson-Odoi has suffered a setback, Christian Pulisic and Ruben Loftus-Cheek are working their way back into fitness, Willian is a “question mark” for this weekend, while Mateo Kovacic will not be available.

Cenk Tosun’s loan spell has been cut short after suffering a serious knee injury, which is a big blow to Crystal Palace’s campaign. Roy Hodgson did confirm, however, that James Tomkins, Mamadou Sakho and Jeffrey Schlupp are all back in training.

Carlo Ancelotti confirmed that Seamus Coleman will be out for two weeks with a muscle injury. Cenk Tosun is due to have surgery next week on an injured ACL, but Lucas Digne is expected to be fit to face Chelsea.

Jamie Vardy is set to feature against Villa following a “low-grade calf strain”, according to Brendan Rodgers. The Northern Irishman said: “He looked very good in training this morning, the idea is that he’ll be available for Monday. We’re still on track for that.

“We’re hoping that the measures we take behind the scenes – from medical science – can help him. He’s a very important player for us and has been for a number of years. Hopefully he’s clear now because him being available for us in this last section of the league is very important for us.”

Meanwhile, left-back Ben Chilwell will be assessed after twinging his hamstring during Wednesday’s FA Cup win over Birmingham City. Rodgers said: “Most are back fine. We might have to have a look at Chilwell, but we’ll see how he is over the next few days.”

Bad news for Liverpool as Alisson suffered yet another injury this season. Jurgen Klopp confirmed he will miss the Reds’ clash with Bournemouth due to a problem with a “small muscle in the hip region”.

“[Alisson] had a little incident before Chelsea, we thought nothing of it – the plan was he was going to be on the bench anyway,” Klopp told his pre-match press conference.

“And then we thought ‘come on, we don’t have to take any risks’ so left him out of the squad. Then he had a scan the next day and they found something, so now he is out. We’ll see how long. Next week for sure and then we’ll see.”

Jordan Henderson will not be ready to return against the Cherries, although he could face Atletico Madrid next week.

Pep Guardiola confirmed that Leroy Sané is still recovering from the injury he sustained in the Community Shield match against Liverpool in August and won’t play any part this weekend. He did, however, say that Kevin De Bruyne has a chance of playing against Manchester United.

Ole Gunnar Solskjaer says he is hopeful of having Aaron Wan-Bissaka and Daniel James back for the Manchester Derby. The right-back missed Thursday night’s 3-0 win over Derby County with a back injury, while the winger has been out for the past two games with a knock.

Worryingly, captain Harry Maguire is “touch and go” after rolling his ankle, but the Manchester United manager hopes he will be fit for Sunday.

For once, Newcastle United have no fresh injury concerns, with manager Steve Bruce confirming Allan Saint-Maximin saying “we think he’s going to be fine.” However, Jetro Willems, Paul Dummett, Jack Colback, Ciaran Clark, Emil Krafth and Andy Carroll are still out of action.

Alex Tettey and Teemu Pukki are available again after injury for Saturday’s match against Sheffield United. Christoph Zimmermann is also in full training and could return after three games out with a thigh problem.

Tomas Soucek and Andriy Yarmolenko have both returned to full training, David Moyes confirmed on Friday. Soucek could feature against Arsenal on Saturday.

“We’re getting much closer to a full squad,” said Moyes. “Tomas Soucek’s doing very well and he’s just about match-fit, very close to it now, so he’s recovered very quickly. Yarmolenko’s back training, so we’re very close to getting everybody back fit.”Andriy is not available this weekend, he’s only just started training, but Tomas has got a very good chance [of featuring].”