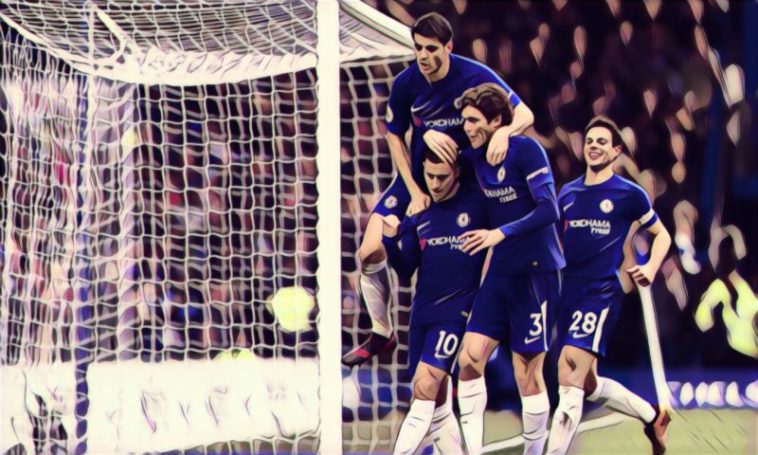 After another incident packed weekend of football, it’s time to reveal 5 things we learned in Premier League game week 15.

It’s the hope that kills you

For the third time in seven days Manchester City entered the final 10 minutes of their game against West Ham with the score level at 1-1. On each occasion Pep Guardiola’s side dangled the carrot of hope in the direction of the chasing pack, and the swiftly beat them over the head with the stick of a late winner.

For those looking for chinks in Blue Armour, they will point to the fact that City have struggled to get over the line against Huddersfield, Southampton and West Ham. However, if this in fact a wobble by the Citizens they have still managed to walk away with three points from each game despite being nowhere near their best, which we are all so often told is the way of Champions.

Sunday’s narrow triumph over The Hammers made it 13 Premier League wins in a row for Guardiola’s men. They need one more win to equal Arsenal’s record of 14 consecutive victories, and where better to match the Invincible’s benchmark then at Old Trafford next Sunday. The Manchester Derby, just couldn’t be set up any better, could it.

De Gea is the best in the world

If there was any remaining doubt as to whether David De Gea is the world’s number one goalkeeper, the 27-year-old Spaniard’s epic display against Arsenal on Saturday stamped all over it.

The Spain international was simply outstanding, making an astonishing 14 saves – the highest ever in the Premier League – which is a number you would normally expect from a keeper playing for a side in the relegation zone against a top of the table side, and definitely not what you’d imagine in a meeting between two of the Premier League’s top sides.

De Gea’s double save from Alexandre Lacazette and Alexis Sanchez in particular was otherworldly. Forget all this expected goals hocus pocus thats been doing the rounds lately, if Man United had a mere mortal between the sticks at The Emirates they would not have won the game, simples.

There are those who claim that Manual Neuer’s ability to play as a sweeper keeper gives him the edge over The Red Devils number one, but I’m not having that.

The big German’s ability to pass the ball like a midfielder and race off his line to disrupt attacks is great, however, it’s nothing more than a bonus. A goalkeeper’s primary function is to keep the ball out of the the back of the net, and in that regard De Gea is head and shoulders above the rest.

Puel ticking along nicely at Leicester

It was just over a month ago that Claude Puel became Leicester City manager to a chorus of disdain from pundits who stated it was a poor appointment, and we were even treated to the usual he’s blocking young English coaches rubbish.

Fast forward five weeks and Leicester are up to ninth in the table, and any Premier League managerial vacancies have been taken up by old English coaches like Alan Pardew, Sam Allardcyhe and David Moyes, who realistically do just as much to hold back young coaches as do their foreign counterparts.

Puel has encouraged a more possession based approach since his arrival at The King Power and has tweaked the teams tactics slightly; Riyad Mahrez has moved into a free role behind Jamie Vardy and talented youngster Demarai Gray has been promoted to the starting XI.

The players have responded to his methods and its now three wins, one loss, and two draws in six games since the experienced French coaches arrival.

Perhaps, his critics should have taken the time to check his CV, which includes a league title with Monaco and a Champions League semi-final with Lyon. He also guided Southampton to an eight placed finish last season and a EFL Cup final before being rather harshly shown the exit door at St.Marys, due to fan unrest in regards to his style of play.

Funnily enough Leicester are now above The Saints in the table, and the issues with finishing that cost Puel during his time there still remain.

Who would of thought it, a decent manager with a good CV, comes in and does a solid job.

Coutinho is better than ever for Liverpool

As sublime as Philippe Coutinho’s audacious under-the-wall free kick was in the 87th minute at the Amex on Saturday what had gone before was just as impressive.

The 25-year-old was phenomenal throughout his sides 5-1 victory; he scored, had two assists and played a major part in Liverpool’s two other goals. After the furore of his failed move to Barcelona, many wondered how the talented playmaker would react, but watching him in action on Saturday it’s not too much of a stretch to say he is playing better then he has ever done for The Reds.

All of Coutinho’s skillset was on shown this weekend, the dribbles, the swivels, the delicate through balls and most importantly end product.

With the diminutive Brazil international in top form and Liverpool back into the top four with their fifth win in six Premier League games, things are starting to look really good for Jurgen Klopp’s side.

Chelsea manager Antonio Conte, revealed after his sides 3-1 victory over Newcastle on Saturday that Eden Hazard is enjoying the extra freedom that his new central role allows him.

The 25-year-old Belgian was simply unplayable at times against the Magpies, and his superb understanding with Alvaro Morata seems to get better every week.

Hazard’s panenka penalty screamed of a player brimming with confidence, and he seems to be liberated playing in his new role behind the striker, no longer does he spend games chasing full backs up and down the wing from his usual left-midfield role.

On Saturday, the mercurial Belgium international was finding pockets of space all over the pitch in which to hurt the opposition and Newcastle’s defenders will be glad to see the back of him.

With Hazard now entering what would usually be considered the prime of his career it is truly frightening how good he could become if he pushes himself. One thing is for sure, England will have some job on their hands keeping him quite in Russia next summer.