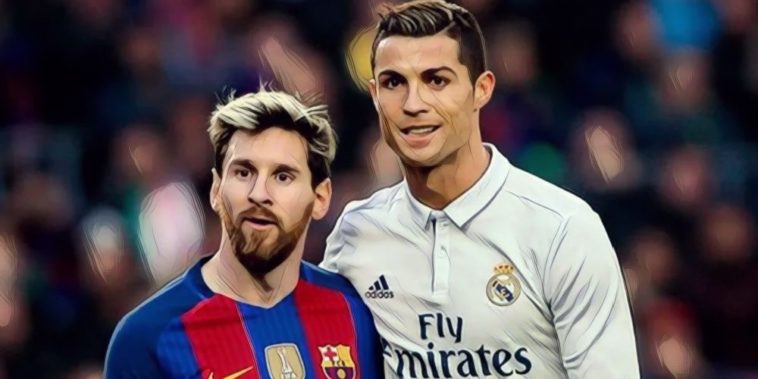 Champions League football undoubtedly pits together the finest footballers in the world game and the start of this season’s group stages was eagerly anticipated by fans across the planet.

The sport’s greatest goalscorers will all be out to make their mark in this season’s competition and following the kick-off of the new Champions League campaign, we’ve decided to look back at the most prolific players in the history of the group stage.

Here are the five players with the most UCL group stage goals:

Ruud van Nistelrooy once reigned as the Champions League’s most feared forward during a prolific run in the competition, finishing as the tournament’s leading scorer three times in just four seasons during a goal-laden spell at Manchester United.

Van Nistelrooy first made his mark on the competition at PSV Eindhoven before moving to the Premier League, where he scored 150 goals in just 219 appearances and regularly made his presence known on the European stage.

He later added to his record in the Champions League after moving to Real Madrid and managed 39 goals in the group stage of the competition, part of an overall haul of 56 goals – the sixth-highest of any player in history.

Van Nistelrooy remains one of the finest players never to have won the trophy, however, a semi-final appearance during his debut season at Manchester United the closest he came to a winners’ medal.

The leading scorer in last season’s competition, Robert Lewandowski moved up to fourth in these rankings last term following an unforgettable season in the colours of Bayern Munich.

Lewandowski fired Bayern to Champions League success after scoring in every single fixture aside from the final victory over Paris Saint-Germain, netting an incredible 10 goals during the group stage including a four-goal haul against Red Star Belgrade.

That tally saw the Poland international take his tally to 44 goals in the group stage over spells at Borussia Dortmund and Bayern, whilst he now sits fourth in the all-time standings for overall goals with a phenomenal record of 68 goals in 91 appearances.

Bayern look well placed to challenge once more and began the defence of their crown by thrashing Atletico Madrid in midweek, Lewandowski primed to climb these rankings with another prolific campaign.

Karim Benzema has been a key figure in the success of Real Madrid on the Champions League stage in recent years, leading the line for a club whose relationship with Europe’s biggest prize borders on an obsession.

The France international first made his mark after emerging as a promising player at Lyon, before moving to the Spanish giants in 2009 and winning four Champions League trophies during his time at the Bernabeu.

Benzema has been an ever-present in the demanding environment of Real Madrid for over a decade and only five players have scored more than Benzema’s 65 goals in the competition, whilst only two can better his record of scoring 47 times during the group stage.

Benzema has also scored in the past 15 successive Champions League seasons, a figure only bettered by the 16 of Lionel Messi – a landmark the Frenchman could level in the current campaign.

Rating every member of the Champions League 100 club

Cristiano Ronaldo has shattered record upon record in the Champions League throughout his career, with no player in history having ever scored more amongst European football’s elite.

Ronaldo’s goals have come during spectacular spells at Manchester United, Real Madrid and now Juventus, winning his first trophy during a six-year spell at Old Trafford before inspiring Real Madrid to an unprecedented period of success.

The five-time Ballon d’Or winner established himself as the Spanish giant’s all-time record goalscorer, in addition to winning four Champions League titles in five seasons as Los Blancos became the first side to defend the trophy in the modern era.

Ronaldo’s current record stands at an astonishing 130 goals in 170 Champions League appearances, his 63 group stage goals the second-highest any player has ever recorded.

Lionel Messi extended his record as the leading scorer in the Champions League group stages in midweek, netting from the penalty spot as Barcelona got their campaign up and running with a comfortable 5-1 victory over Hungarian outfit Ferencváros.

Messi’s current record in the competition stands at 116 goals in 144 appearances, whilst his spot-kick also saw him level Ryan Giggs as the player to score in the most different Champions League seasons with 16.

No player has also ever scored more goals as a captain than the Barcelona superstar, who will be hoping for a much improved performance from his side in this season’s competition following their recent struggles.

10 of the best quotes on the GOAT, Lionel Messi