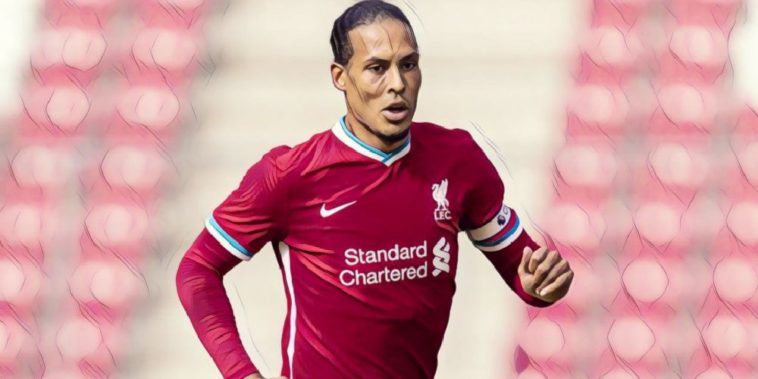 Premier League football is now less than a week away from making its hugely anticipated return, with top flight sides have shaped their squads over the summer in a bid to improve on last season’s fortunes.

The division’s traditional heavyweights will once again have aspirations of challenging for silverware, and ahead of the league’s opening weekend, we’ve decided to look at the key personnel for those sides competing for major prizes.

Here is each of the top six clubs most valuable player ahead of the new season:

The reigning champions have once again conducted minimal business in the transfer window to date with the acquisition of left-back Kostas Tsimikas – expected to play a largely back-up role to Andy Robertson – their only major summer signing thus far.

It seems as though Jurgen Klopp will back his current options to once again compete for the Premier League following their record-breaking victory last season, with perhaps none more crucial than the colossal presence of Virgil van Dijk.

Liverpool‘s fabled front three each have their own claim to be the Reds’ MVP and the fluidity of their system falters slightly in the absence of any of the trio, whilst Trent Alexander-Arnold’s ever-increasing influence on the side also merits a mention.

None, however, are quite as irreplaceable as Van Dijk, who played every single minute of their campaign last season to become just the fifth outfield player in Premier League history to achieve the feat in a title-winning campaign.

The Dutch defender is regarded by many as the world’s finest central defender and brings an unmistakable solidity to the side, capable of dominating even the most powerful forwards and quick enough to keep up with more nimble opposition.

Liverpool have held the best defensive record in each of the past two seasons and will hope to continue that record into the new campaign, Van Dijk unquestionably the centre-piece on which their defensive strength is built.

The finest footballer in the Premier League last season, Kevin De Bruyne will be at the forefront of Manchester City‘s hopes of reclaiming the title, the midfielder having starred despite a season of relative disappointment for Pep Guardiola’s side.

League Cup success was little more than a consolation for a side who had broken all forms of records over the past two campaigns, but despite many of his teammates faltering around him, De Bruyne continued to perform with flawless consistency.

Thierry Henry’s long-standing single-season assist record was levelled – and somewhat controversially not eclipsed – by the brilliant Belgian, who also enjoyed the best goalscoring campaign of his career, a figure boosted by taking on the responsibility of being City’s designated penalty taker.

No player in the division contributed directly to more goals than the 29-year-old last season, who continues to stand-out in style despite a plethora of stars around him at the Etihad, City an infinitely better side when De Bruyne is in the line-up.

De Bruyne became the first player in history to register 15+ assists in three separate campaigns last season and is now just 10 short of entering the division’s all-time top 10, his average of 0.42 assists per game comfortably ahead of any player above him in the rankings.

Bruno Fernandes’ winter window arrival at Manchester United proved to be the catalyst for the club’s second half of the season resurgence, a fine unbeaten run carrying the Red Devils – seventh in the division upon his signing – into the top four to secure Champions League qualification.

The Portugal international instantly shouldered the responsibility of being United’s chief creative threat, demanding possession from his teammates and carving out opportunities with unrelenting regularity.

No player in the Premier League was directly involved in more goals than Fernandes since his debut in February, the 25-year-old scoring eight goals and providing a further seven assists.

Since making his Premier League debut, Bruno Fernandes has been directly involved in more goals (15) than any other player in the competition.

The ticket to Champions League football. 🎟

Fernandes’ signing is one of the most transformative arrivals in recent memory and it will intrigue to see how the midfielder performs over the course of an entire campaign, the former Sporting Lisbon captain notably tiring following a congested end of season schedule for United last term.

United fans will hope that Paul Pogba’s return and the signing of Donny van de Beek from Ajax will help alleviate some of the pressure on the Portuguese, though he remains United’s key figure as they look to build on a third-placed finish and challenge at the top.

Chelsea have issued a statement intent ahead of the new season with an expensive summer outlay, the signings of Hakim Ziyech, Ben Chilwell, Thiago Silva and the most recent capture of Kai Havertz from Bayer Leverkusen prompting fans to dare to dream.

Arguably the most exciting – and perhaps crucial – addition is the signing of Timo Werner from RB Leipzig, the 24-year-old having established himself as one of the best young forwards in European football in recent seasons.

Last season saw the Germany international score 34 goals in all competitions for Leipzig, and it will be hoped that Werner can provide a cutting edge that has been lacking from Chelsea under the guidance of Frank Lampard thus far.

Tammy Abraham – despite an impressive breakthrough season in the top flight – ranked second of all Premier League players for big chances missed last season and Werner represents an immediate upgrade on the emerging England international.

Lightening quick and an exceptional finisher, Werner will hope to hit the ground running in a new-look Chelsea side as they bid to challenge Liverpool and Manchester City, the forward set to be provided with chances aplenty from the likes of Ziyech and Christian Pulisic, the latter becoming somewhat unplayable towards the end of last season.

Tottenham‘s hopes are to be pinned once more on the performances of Harry Kane, the forward having been a talismanic figure for the north London side for several seasons.

Kane’s undisputed status as first-choice forward has left Spurs struggling to recruit a capable back-up option to the England captain, with prospective new signings in the knowledge their game-time will be limited should the 27-year-old remain fully fit.

Son Heung-Min and even Dele Alli have been deployed in centre-forward roles in Kane’s absence, though neither are fully comfortable deputising and the failure to replace Fernando Llorente could haunt Jose Mourinho should his star striker breakdown once more, Kane having suffered a succession of injuries over the past two seasons.

Kane did, however, show promising signs of a return to his best form towards the end of last season, scoring five times in three fixtures to raise optimism his injury problems are behind him.

Kane has fallen short of reaching 20 league goals in each of the past two seasons due to spells on the sidelines and Spurs can ill-afford to be without him for extended periods this season as they bid to return to the top four.

No player in Premier League history possesses a better goal-per-game ratio of players to have scored more than a century of goals, Kane level at the summit alongside Sergio Aguero and Thierry Henry.

It couldn’t be anyone else, could it?

Arsenal‘s ability to hang on to Pierre-Emerick Aubameyang is likely to prove the difference between the club’s ability to challenge for European football or suffer another season of struggle, the forward amongst the world’s finest finishers at present.

No Premier League player has scored more goals than the Gabon international since his arrival in English football two-and-a-half years ago, Aubameyang crucial to the Gunners’ hopes of returning to the top four next season.

The 31-year-old has relished the responsibility of the captain’s armband and looks to be enjoying his football under Mikel Arteta at the Emirates, much of the talk surrounding his future centring on when – and not if – he will agree terms on a new deal.

That news will be a huge boost to the north London side who have shown signs of progress under Arteta, their performances during a run to FA Cup success and newfound resilience a world away from the fragile Arsenal of recent campaigns.

Aubameyang, however, remains their one elite talent and the star has bought into Arteta’s philosophy, including working hard for the team despite having been deployed largely from the left-hand side.

That role has done little to dampen his goal output with his Arsenal record now standing at an impressive 71 goals in 110 appearances, a tally likely to significantly increase in the coming season.