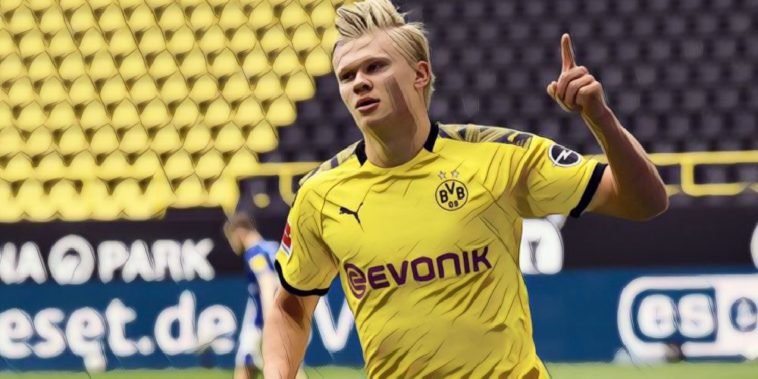 Richard Masters has discussed the ‘positive start’ for the Bundesliga but admits the Premier League will take a ‘slightly different approach’ ahead of a proposed return to action.

The Premier League’s chief executive has taken encouragement from the Bundesliga’s return this weekend, Germany’s top flight having been the first of Europe’s major leagues to successfully return behind-closed-doors.

Talks are continuing over a potential return for England’s top tier next month, with Premier League side’s set to return to training in small groups today after proposals for ‘phase one’ training were approved at a meeting on Monday.

Masters admits the English top-flight will take a ‘slightly different approach’ to their German counterparts as ‘Project Restart’ discussions continue in the coming weeks, but insists the early signs of football’s return are ‘positive’; the chief executive particularly noting the lack of supporters congregating outside of venues – a subject which has been of particular concern for authorities.

“The Germans are a couple of steps ahead of us obviously and we can learn from them and watch them and take confidence from their success,” he said.

“I think starting the league, watching it being played out, seeing the quality of football and observing the package from behind closed doors, how it was broadcast was really helpful for the Premier League and our other European Leagues’ colleagues.

“That is helpful and it does add confidence that it can be achievable in this country.

“We speak to our European counterparts regularly every week. We’re really pleased to see the Bundesliga get back to a good playing start yesterday. The football looks good.

“I think we’ll take a different approach, not saying better, but slightly different approach to the behind closed doors product and that’s one of the things we were able to talk to clubs today, the direction of travel.

“All in all, I thought it was good. The other thing is we didn’t have, in any of the games, any fan issues, congregations or gatherings to speak of. It was a positive start for Bundesliga.”

Read – Keegan, Sancho, Lambert – Five British players who made the biggest impact in the Bundesliga