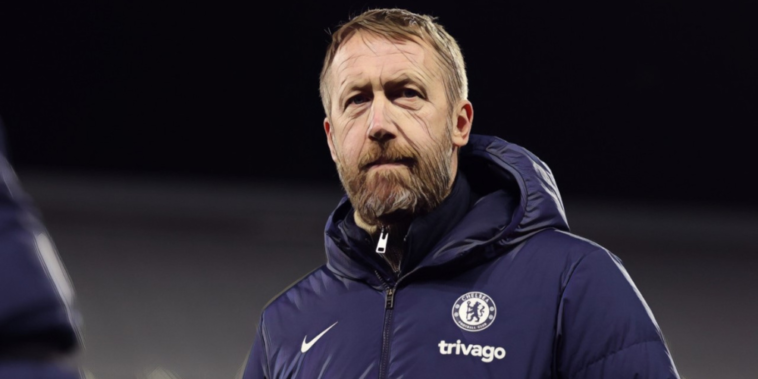 Graham Potter says he is trying to ‘get to the bottom’ of Chelsea’s injury problems this season.

Chelsea’s extensive list of absentees has contributed to the club’s wretched recent form, with the west Londoners missing nine senior names for the 2-1 defeat at Fulham on Thursday.

That loss extended Chelsea’s run to one win in nine games in all competitions, leaving Potter’s side tenth in the Premier League table and facing an uphill task to secure Champions League football.

The Blues now face an anxious wait on the fitness of Denis Zakaria after the midfielder limped off at Craven Cottage and ahead of this weekend’s trip to Crystal Palace, Potter admits his team are working on a solution to their injury issues.

“Yes, absolutely. We are looking all the time. We’re going over how they are happening and trying to evaluate the whole thing,” Potter told his pre-match press conference.

“Sometimes it’s difficult when you come in halfway through the season to know how things happened. It’s a bit of bad luck and there’s also learning for us all in terms of how we can improve.”

Potter admits he is unsure why his side are picking up so many fitness issues, insisting there is no ‘pattern’ to the problems with have plagued the club this season.

“No, not at the moment,” Potter said when asked if he could find a reason for Chelsea’s injuries.

“The nature of them, it’s almost like there’s not even a pattern. They are different problems. It’s tricky and it’s not like we are overtraining or anything like that. It is just something we certainly need to get to the bottom of.”

Chelsea will also be without Joao Felix for this weekend’s trip to Selhurst Park, after the forward was sent off on his debut at Fulham. The 23-year-old is facing a three-game ban.

“Of course, we’re disappointed because he came here to play, he came on loan to play. You saw his quality when he was on the pitch [against Fulham]. To lose him for three games is a real blow for us but there’s nothing we can do. We just have to deal with it.”